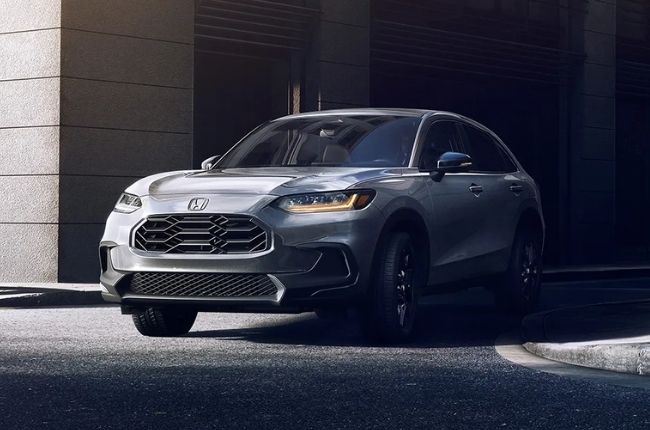 There are two Honda HR-V models currently on sale across the world. The first is the global model, a subcompact crossover, also known as the Honda Vezel in Japan and China. It’s what we’ve had here in the Philippines since 2015. The third generation HR-V also launched locally last month, but is it possible that another HR-V is entering the fold? In the US and the rest of North America, Honda recently unveiled a market-specific HR-V model. It’s based on the Civic and competes in the compact crossover segment, slotting between the local HR-V and the CR-V. While the previous consensus was that the model would remain exclusive to western markets, that doesn’t appear to be the case now.

New reports indicate that Honda Motor is planning to launch the HR-V globally as the ZR-V. What’s with the name? Well, it looks like Honda is targeting Generation Z for this model. With the vehicle being based on the Civic and boasting sporty looks and performance, it makes sense that Honda will be looking to attract the younger crowd to the ZR-V.

Markets so far confirmed to get the ZR-V are the European and Chinese markets, with Japan also likely getting the model. It’s currently unclear whether a Southeast Asian launch is in the cards for Honda. In China, at least, the ZR-V will be produced by GAC-Honda and pack the same 1.5-liter turbocharged VTEC engine as the Civic. Note that this is also the same powertrain found on the higher-spec HR-V already available in the Philippines.

Other possible powertrain options include a 2.0-liter naturally aspirated engine and a hybrid version, likely the 184-hp Civic e:HEV system. We think the Honda ZR-V would be a good fit for the brand’s local lineup, especially with the HR-V handling the subcompact genre and the CR-V poised to get bigger and more expensive. Still, it’s up to Honda Philippines and how it tackles the global launch of the new ZR-V.