The year 2016 is memorable for an icon in the history of automobile. 70 years ago, the very 1st Volkswagen Beetle rolled off the production line in Wolfsburg, Germany. This marked a new era of civilian vehicle manufacturing.

It was shortly after Christmas following World War II in 1945 when the first Volkswagen Type 1 was produced. However, only 55 units were produced at that time. This would come to be known as the iconic Beetle which will then be sold more than 21 million times.

The state-of-the-art factory in Wolfsburg was built in 1938 in the purpose of making the People's Car known as the KdF-Wagen. However, due to the needs of war, this facility was converted to produce German military goods.

During the war, the factory was occupied by the British Military Government in 1945 to which Senior Resident Officer Major Ivan Hirst took over and acquired an initial order of 20,000 saloons. This provided a future for the factory and its 6,000 workers without the threat of decommissioning and dismantling. After the currency reform in June 1948, significant numbers of private buyers emerged.

It was the Brits who turned the factory into a civilian manufacturing that focused on the quality of the vehicles, service, and meeting the needs of the customers. Exports of the Beetle started in October 1947 which marked its first step onto the international market.

The Volkswagen Beetle was a key factor to the rise of post-war Germany. This developed democracy in a country that was destroyed by the war and its former leaders, which consequently promoted a positive image for the nation. 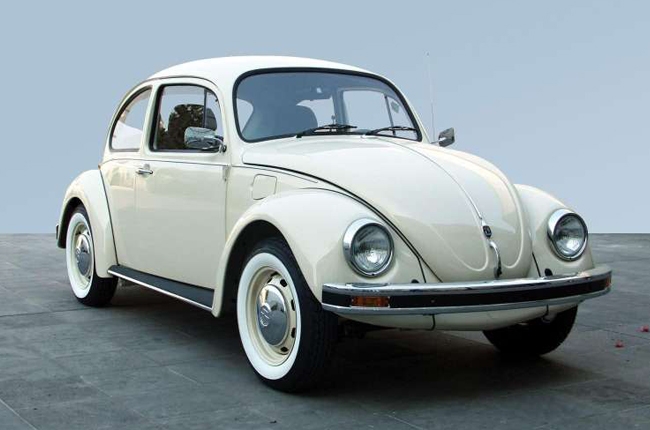 The production of the 1st generation of the Beetle ended in 2003 in Mexico. By that time, the 2nd generation Beetle had already been introduced, which was then replaced by the current 3rd generation model in 2011.

Today, we can still see 1st generation Beetles roaming around the Philippine streets which continually proves the success of this model as a global icon. Also, the Volkswagen Club of the Philippines still holds their annual car show that showcases preserved, restored, and modified Volkswagen Beetles.

For the complete specs and features of the current 3rd generation Beetle, visit the AutoDeal Car Guide.