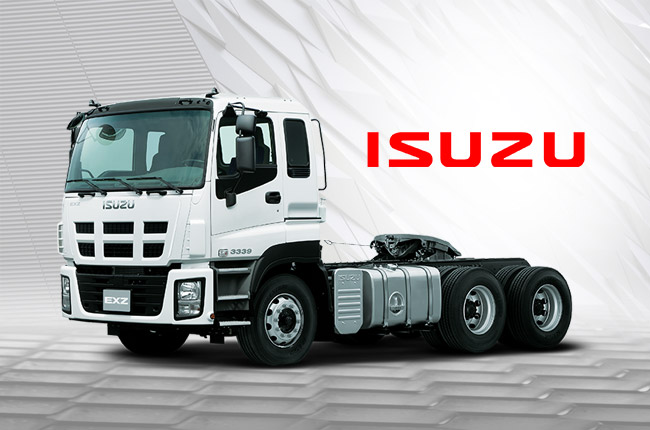 It looks like Isuzu Philippines Corporation (IPC), the exclusive local distributor of Isuzu vehicles, is on a roll as they continue to beat their sales record during the same period from last year. This time, their commercial trucks are the headliners – recording the highest increase in percentage from last year.

According to the combined data from the Chamber of Automotive Manufacturers of the Philippines Inc. (CAMPI) and the Truck Manufacturers Association, IPC sold 2,183 units from January to May this year. This is 39.1% higher than the 1,593 units sold last 2015 during the same period.

Of note, this attributes to 35.1% overall growth of IPC for their year-to-date sales performance, a total of 10,819 units sold this year versus the 8,010 vehicles sold at the same months last year.

Moreover, IPC’s light commercial vehicles have registered a positive sales performance. IPC says the Crosswind, D-MAX, and mu-X yielded a 34.1% increase in sales. That’s a total of 8,636 units, as compared to the 6,441 units sold during the same period last year.

The midsize SUV, mu-X, remains to be top-seller with 897 units sold for the month of May. Next is the Crosswind with 365 units, and then the D-MAX with 299 vehicles sold.

IPC President Hajime Koso noted that this rise in year-to-date sales is amidst the fact that there was a dip in demand in the month of May.

The increase in deliveries of Isuzu’s commercial trucks, which compensated for the slower movement of the light commercial vehicles, is an indication both of IPC products’ relevance to the local market and of a dynamic national economy in which the transport of goods is a vital component,” he added.

These year-to-date figures, as well as the data for May 2016, puts IPC at the third spot in the local commercial vehicle market. As Koso puts it, they’re looking forward to the sales report by the end of June which he thinks will be a record-setting result for the first half of 2016.