Kia Motors Corporation has recently announced that it has plans to develop a new standard platform for its next-generation military vehicles. This will in turn strengthen the company’s capabilities when it comes to taking on future military-related projects. Part of its plan is to make platforms for a 2.5 and 5-ton military vehicle along with an open-top all-terrain vehicle. The all-terrain vehicle will be utilizing the chassis of the bigger brother of the Kia Sorento — the Kia Mohave. 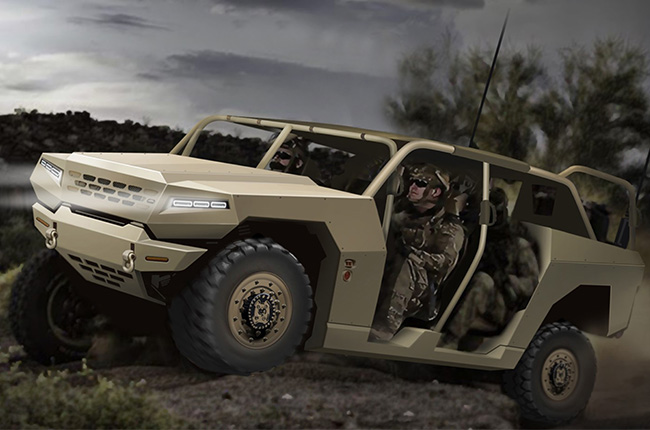 The South Korean automaker also has plans to conduct research to apply new technologies to its future lineup of military vehicles, which includes EV platforms along with autonomous driving technology and hydrogen fuel cell technology. The company’s goal is for its vehicles to be ready for deployment come 2024 after they have undergone the standardization and initial production tests.

The standard vehicles will come with the latest commercial technology available, which includes a high-torque 7-liter diesel engine and an automatic transmission system. Other features to be included are ABS and Anti-Spin regulator, rear parking assist, an around-view monitor, satellite navigation, and hot wire seats.

It is also important to note that Kia Motors Corporation will undergo a rebranding come 2021 and as such it could be part of the brand’s “Plan S” initiative to take on other projects. With that said it is possible for the technology that will be utilized such as the planned modular platform to trickle down into civilian vehicle use. This could mean that sometime in the near future a new batch of durable vehicle chassis could be produced for standard passenger vehicles. The technology also used in military vehicles such as the Anti-Spin Regular could also be used for later generations of Kia’s SUVs.

The automaker also has stated that it will expand to purpose-built vehicles for business with the information and technology it will learn from future military projects. This in turn could spark a new generation of commercial vehicles such as the Kia K2500 that will be tougher than ever.