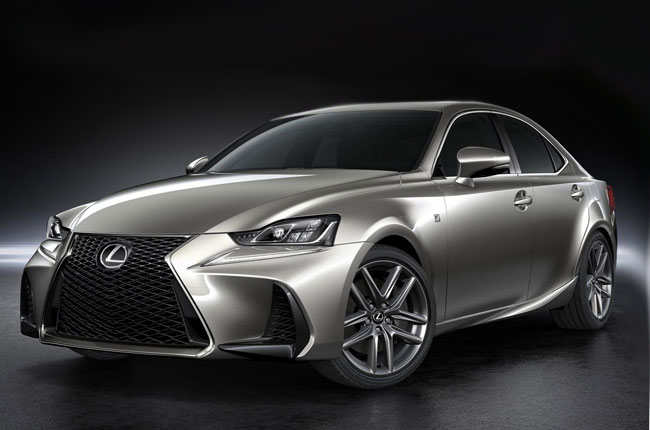 The IS was first introduced in 2013 as Lexus’ entry-level sedan and since then the company claims that it has “surpassed expectations” in terms of unit sales. In this year’s Beijing Auto Show, Lexus has revealed the refreshed IS featuring a restyled fascia and an updated interior.

Design-wise, the IS still looks like its predecessor; one has to look closer to spot the difference. Lexus wants to keep the styling of the current IS because it has been received well by the market.

Up front, the IS gets a pair of large air intake along with revamped headlights, L-shaped daytime running lights, and a more aggressive spindle grille. The rear has wraparound taillights with a more pronounced L-shaped LED pattern and rectangular chrome exhaust tips. The IS is finished off with a set of standard 10-spoke 17-inch wheels. Inside, the vehicle features a two-tone theme. Of note, the infotainment system has grown from 7.0- to 10.3-inches. Lexus added that the high-resolution monitor of the IS is updated with a larger and clearer image of the various functions of Lexus’ multimedia system. There’s also an “Enter” button to the side of the Remote Touch Interface on the center console, making the system easier to use. In terms of safety, the IS is integrated with pre-collision system, lane departure alert with steering assist, automatic high beam, and radar cruise control.

For more information about the Lexus IS, visit the AutoDeal Car Guide.