Lexus Philippines has many reasons to celebrate and one of that is the brand’s 10th year anniversary in the local automotive scene. The Japanese luxury carmaker made its debut here in the Philippines on January 12, 2009 at Bonifacio Global City, along with the launch of its initial lineup – the LS 460 flagship sedan, the ES 350 executive sedan, the GS 460 sports sedan, the IS 300 compact sedan, and the LX 570 full-size SUV. From then on, the marque has become one of the sought-after vehicles in the luxury car segment.

Lexus PH celebrated its 10-year achievement with the official launch of the all-new UX, marking the brand’s first-ever candidate in the subcompact SUV segment. Dubbed as UX 200, this luxurious vehicle is perfect for modern urban travelers and crafted to allure you with its sporty design, complemented with high ground clearance and agile driving performance. Apart from its luxurious appeal, the UX also offers widest field of vision and best turning radius among any luxury compact SUV. 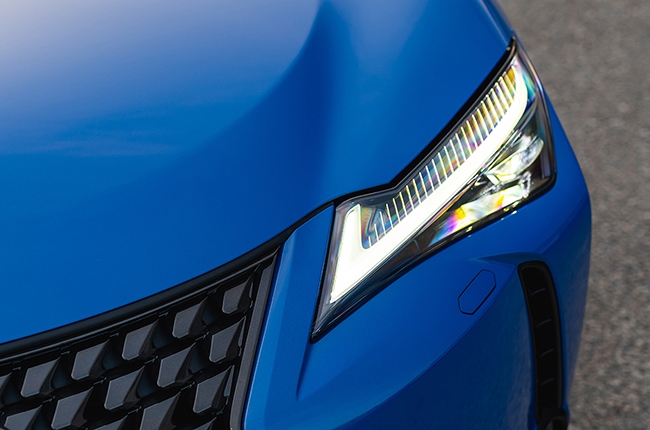 The UX 200 features two variants: the standard model, which is priced at P2,478,000 and an F Sport variant with a P3,048,000 price tag. Both variants are fitted with a turbocharged 2.0-liter gasoline engine, coupled with a continuously variable transmission (CVT).

Indeed, Lexus PH has come a long way and in the past decade, Toyota’s luxury division has managed to strengthen its pillars in the automotive market. Lexus has been sitting on the 2nd rank among premium cars in the local automotive industry since its birth and has maintained strong performance in SUV sales for four consecutive years now. This remarkable sales growth has made Lexus PH climb to the 4th spot regionally. When it comes to market share, the luxury brand is now in the 2nd position among its regional affiliates, next to Lexus Indonesia.

The Japanese luxury brand hopes for more successful years to come and aims to uphold great efforts in addressing its customer’s needs and crafting new innovations, together with the company’s current and new business partners. Aside from Lexus Manila located at Bonifacio Global City, the high-end brand has also set up five Lexus Accredited Service Centers in Laguna, Pampanga, La Union, Cebu, and Davao, in partnership with the local Toyota dealers.