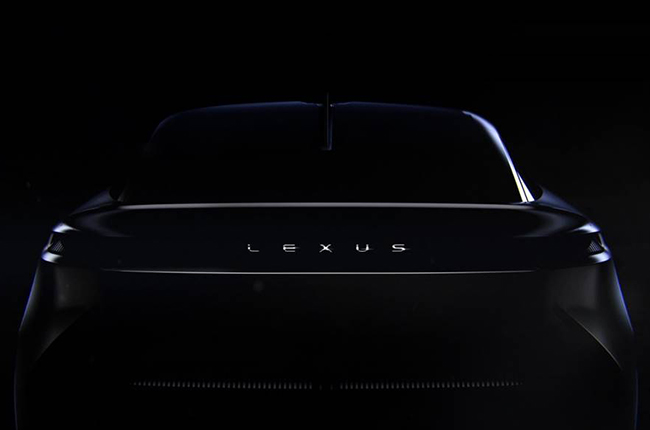 Lexus will be releasing a new concept car this March. It shall embody a new vision that previews the brand’s future design language, and based on the teaser photo, it does look beyond different when compared to the current Lexus lineup.

Only the rear end was showcased in the photo. Apart from its bulbous look as complemented by the wider bumpers, the concept car lacks the Lexus logo, instead, designers have incorporated it with a lettering of the brand name. It also seems that the taillights feature a unified design that comes across the badge spread. One quirky design element though is the shark’s fin material that’s found on the roof, we’re not quite sure if it’s for aerodynamic purposes or simply just an antenna. By the looks of it, this upcoming concept takes quite a departure from the brand’s current design language.

Lexus marked the debut of its latest concept car this coming March. Moreover, it was also mentioned that the Japanese automaker will introduce the first model which goes by its latest concept, and shall continue to bring new models next year, therefore, marking a new era.

Furthermore, we will launch the first model under our new vision within this year, and we will continue to introduce new models next year and beyond. From here on as well, by being considerate of our customers around the world and engaging in car-making that exceeds their expectations, we will continue to take up the challenge of delivering happiness to all people who come into contact with Lexus. I look forward to sharing more with you soon.
Koji Sato
Lexus International President & Chief Branding Officer

Now, all we need to know is what Lexus vehicle will be reinforced with the latest design language. It could be a sedan, hatchback, or crossover, will it be an all-new model for an existing nameplate in its lineup? Or could possibly be the birth of an entirely new model? By then, we shall find out in the months to come. So stay tuned for more updates.