Does it seem familiar to you? If you think this is a Jeep Wrangler then you’re probably wrong. This is actually the 2021 Mahindra Thar, and it has a robust and retro-styled vehicle that’s somewhat synonymous with the renowned American SUV.

Looks may resemble, although it is worth noting that the Indian automotive company hasn't totally ripped off Jeep. Plus, the brand also owns the rights to the previous CJ Jeep Wrangler, produced from 1996 to 2006, making the latest Mahindra Thar quite rugged. 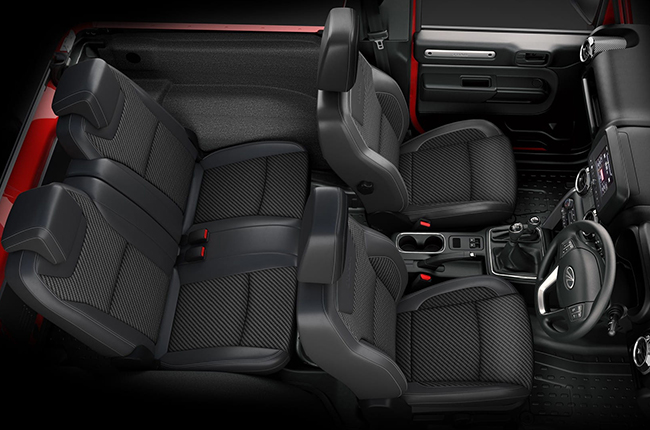 Its first-generation was launched back in 2010, and the 2021 model features a much-needed improvement from looks to standard equipment. The Thar can only be had in a two-door modification, although buyers are free to choose between a hard and soft-top roof. There’s also the availability of a 4- or 6-seat configuration. Likewise, this SUV is also blessed with advanced tech features, including its 7-inch touchscreen with Apple CarPlay, Android Auto, and Bluetooth connectivity for seamless phone integration. All thanks to its part-time four-wheel-drive system, the Mahindra Thar is indeed a proper off-roader. The SUV’s capability is further emphasized by its 41.8-degree approach angle and 660 mm water wading depth. `

Buyers can opt between two powerplants, this includes the 2.0-liter gasoline engine that puts out 150 hp and a 2.2-liter diesel that churns out a 130 hp. Both of the said engines could either be paired with 6-speed MT or a 6-speed AT transmission.

Its closest competitor is said to be Suzuki Jimny which is also a proper off-road vehicle. Then again, this SUV is not available locally, although it would be a nice addition to the distinct segment of the Jimny. Giving more heat added tension to the competition. The new Mahindra Thar will soon be available on the Indian market with prices still not disclosed among the public.