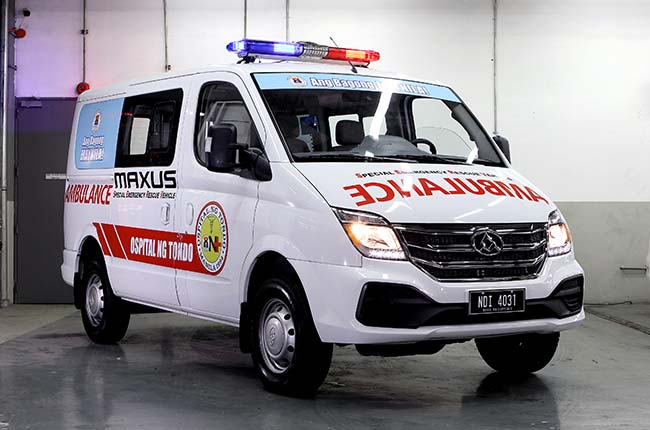 Maxus Philippines donated a Maxus V80 Flex ambulance to the Ospital ng Tondo in Manila. The donation was part of the company’s corporate social responsibility efforts that focus on providing convenient and efficient vehicles to institutions and individuals. The turn over of the Maxus ambulance, including the signing of the deed of donation, was held at the Bonifacio and Katipunan shrine in Ermita. Representing the Maxus brand was Felipe Estrella, who is also the president of Automobile Central Enterprise Inc., and Reginald See, the General Manager of Maxus Philippines. For Ospital ng Tondo their representatives were Myma L. Paloma, MD and Mayor Francisco “Isko Moreno” Domagoso, mayor of the City of Manila.

The donation of the Maxus V80 Flex ambulance represents the brand’s support for the Manila local government and its efforts to fulfill its Mayor’s promise of real change in the area. This is in line with his vision of “Ang Bagong Maynila,” which includes improving healthcare services for the citizens of the capital city. 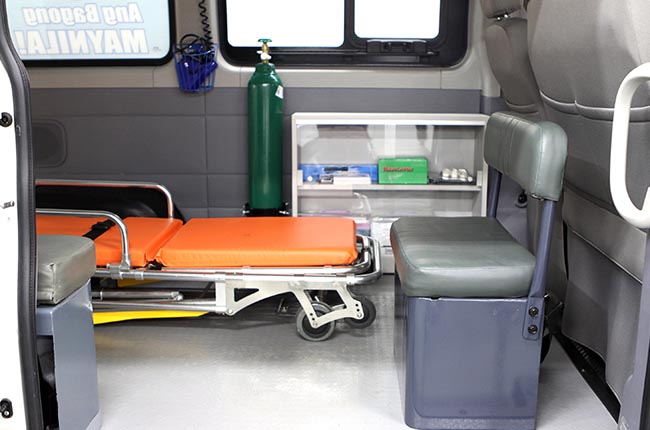 The ambulance is a 3-seater Maxus V80 Flex van which was customized by Winterpine Marketing Corporation. The vehicle features an LED toplight with a siren and a public address (PA) system. It also sports vinyl ambulance sticker markings, a stainless bumper, and a stainless ramp approach. Inside the emergency vehicle is a tow-layer medical floor-mounted cabinet, as well as a fully collapsible stretcher with a locking mechanism.

The V80 offers a spacious, flexible interior that allowed the following medical gizmos to fit inside the vehicle. A 20-pound oxygen tank, a wall-mounted blood pressure apparatus, a first-aid kit, an oxygen tank regulator, a combination of adult and pedia Ambulance bag, minor surgical kit, LED flashlight with batteries, and a stethoscope. Other installed items are a fire extinguisher, fluorescent lamp, IV hook with strap, single oxygen tank holder, marine plywood and non-slip matting, and a jumpseat.