There are only a couple of hours left before the 2017 Manila International Auto Show (MIAS). At last, all rumors and what nots will become a reality.

Bermaz Auto Philippines, Inc. is bringing the all-new CX-5 compact crossover, the CX-9 midsize SUV, and the MX-5 Retractable Fastback (RF) to MIAS. Each model features remarkable design changes, new color pigment, and updated technology. Here's what you need to know about them. 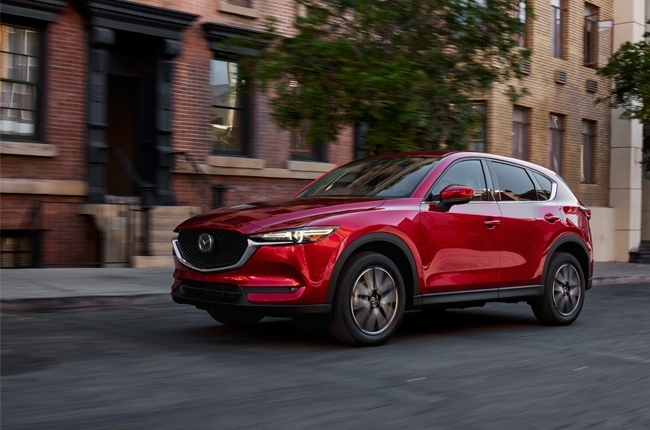 Accounting to 25% of Mazda's annual sales, the all-new CX-5 brags refined exterior, notable interior updates, and is equipped with the award-winning SKYACTIV technology, including the first in the series of SKYACTIV-Vehicle Dynamics – the G-Vectoring Control (GVC). The said features adjusts the engine torque in response to the throttle, braking, and steering, while reducing the sideways motion of the car.

Moreover, its debut at the Los Angeles Auto Show revealed that the exterior was based on the latest CX-9. Of note, it features wider grille accentuated with a chrome under trim, longer hood, and the latest signature sweptback headlights. On the rear sits a pair of narrower taillights, as well as a redesigned liftgate and bumper that wraps up the tagline, 'a new breed of luxury.'

On the other hand, highlighting the 'second coming' of the 5-seater crossover are two new premium hues, in addition to the existing color palette: Machine Gray and the advanced rendition of the Mazda shade Crystal Soul Red. Meanwhile, older reports said that the new CX-5 may carry a 2.0L or 2.5L gasoline engines, or the 2.2L SKYACTIV-D diesel power plant. Maybe some; maybe all. Underneath the CX-9's long hood is the SKYACTIV-G 2.5T in-line 4-cylinder gasoline engine, which is fitted with Mazda's Dynamic Pressure Turbo. This powerplant is capable of unleashing 250 hp and 420 Nm of torque, and is mated with 6-speed SKYACTIV-Drive automatic transmission.

In addition, the SUV features a 4WD setup that boasts the Mazda's i-ACTIV AWD system. With 27 sensors, this system reads varying road conditions and provides information that adjusts the traction of its rear wheels. Last but not least, the i-ACTIVSENSE feature guarantees the ride's safety. Of note, the car is integrated with features such as the Mazda Radar Cruise Control (MRCC) and Smart City Brake Control Support (SCBS). Also appearing at the World Trade Center for the 2017 MIAS is the iconic roadster MX-5 with a hardtop retractable roof. Given the name Retractable Fastback, the MX-5 RF features 3-paneled roof that folds down similar to the size of the soft top roof of the existing variant. This achieves the impression of a full-time coupe and a targa at the same time.

Consisted of front, middle, and rear sections, the roof was able to compress itself at the trunk, giving enough area for a 130L luggage. Moreover, the hardtop retracts at the switch of a button in just 13 seconds, even while the car is running at speeds of up to 10 km/h.

Ride noise was reduced for the MX-5 RF, thanks to the hardtop roof. This amplifies the cabin's quality and comfort. More features, such as the 7-inch touch screen display and 4.6 LCD meter set display completes the overall driving interface. With options of auburn Nappa leather upholstery, the MX-5 RF combines class to the sporty cabin of a roadster.

Apart from these debuting vehicles, Mazda will also showcase the Mazda6 Sports Wagon SKYACTIV-G and SKYACTIV-D variants and the CX-3 Freestyle Crossover in ACTIV All-Wheel Drive trim. Additionally, new choices for 3 of its top-of-the-line models will also be displayed: the Mazda3 Speed, Mazda2 Premium, and Mazda2 RS.

Not only that, the Mazda2 SKYACTIV driven by GT Driver of the Year for touring cars Edwin Rodriguez will also make its appearance. This is to highlight Mazda's achievement in the 2016 Philippine Touring Car Championship. Lastly, the Japanese brand will also showcase the refreshed BT-50 pickup.