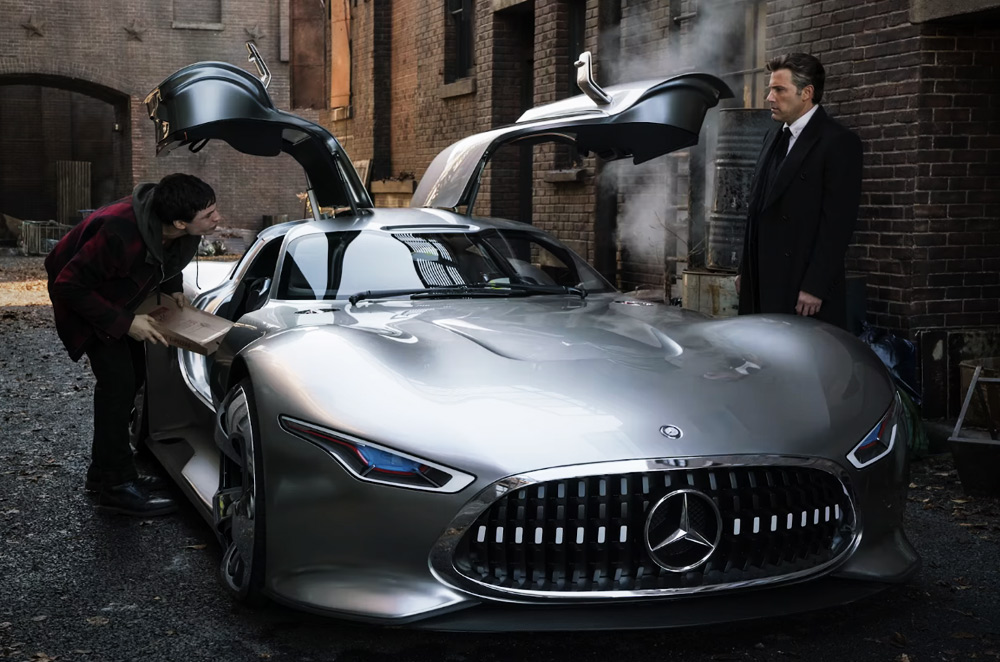 In the glorious modern era of superhero comic adaptations, car manufacturers and film production companies partner to share places on the big screen. More often than not, movies are one of the ways people get to see never-before-seen concept cars.

Just previously, we have seen Marvel’s Spider-Man drive an Audi, Black Panther landing on the roof of a Lexus LC 500, and we gotta admit, they’re awesome. However, multimillionaire superhero-next-door Bruce Wayne, a.k.a. Batman, a.k.a. The Dark Knight, seemed to have stepped up the game, as he will be rolling on a Mercedes AMG Vision GT (Gran Turismo) – how cool is that? 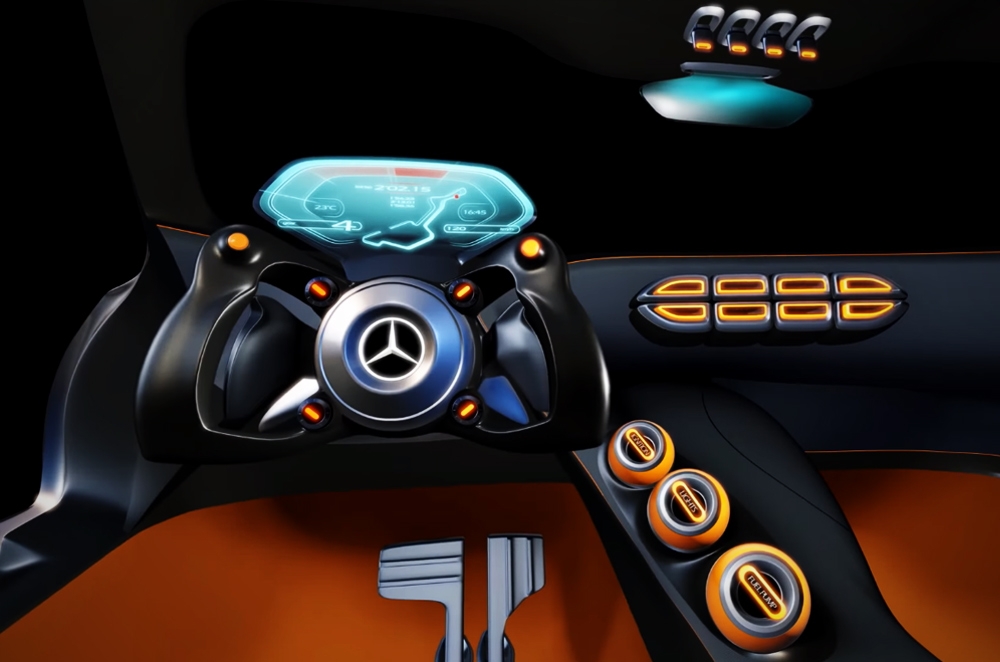 For those of you who haven’t seen the car yet, the Vision GT is a 577 hp supercar that is only driveable in the virtual racing simulation game Gran Turismo 6. It features dramatic body contours with its bulging wheel arches and Mercedes’ gullwing doors for that retro-futuristic feel. Although it might look perfect, size became a problem and filming required Mercedes-Benz to scale up the dimensions by 110% to comfortably seat the 6’3” actor Ben Affleck.

“As a designer you have to create fantasy, so we often get inspired by the film industry. I am excited that this time, the film industry was inspired by us and our Mercedes-Benz AMG Vision Gran Turismo became a car for a superhero.”
Gordon Wagner
Daimler AG Chief Design Officer

Batman is not the only one getting a Mercedes-Benz; Wonder Woman gets her own too. Diana Prince (Wonder Woman’s civilian name) will be driving the new E-Class Cabriolet. Both cars mentioned were specially-built for the movie as the Mercedes AMG Vision GT has never been produced, while the E-Class Cabriolet is still on its prototype version. 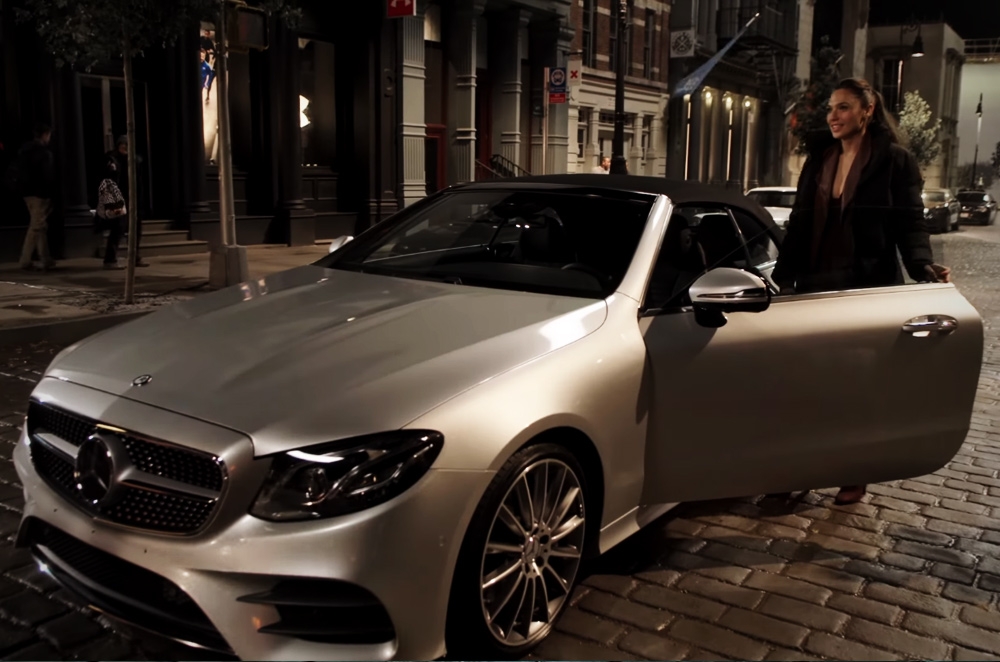 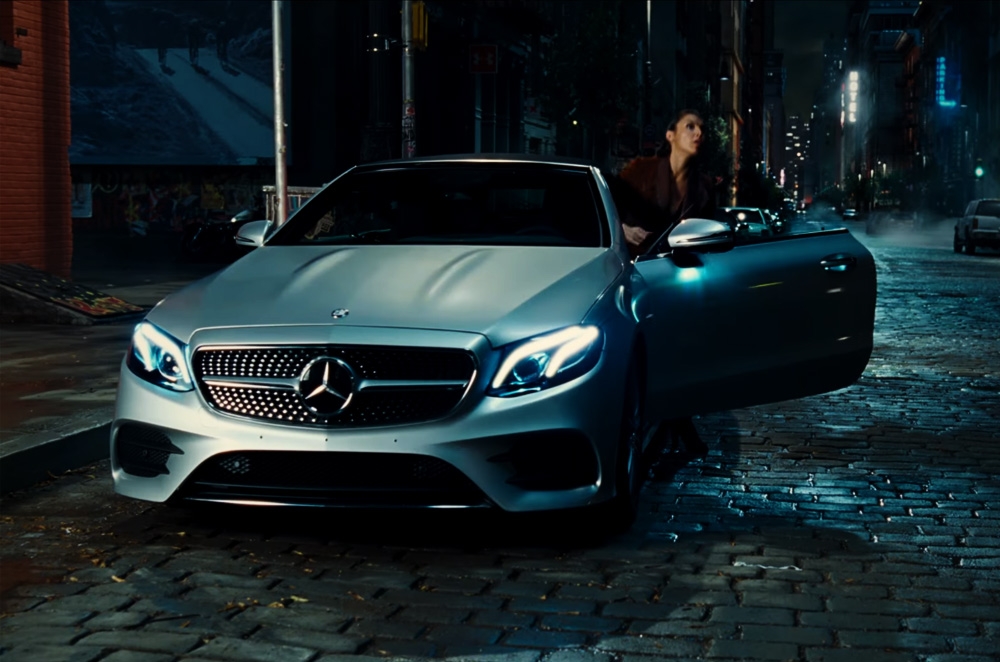 To see the actual cars on set, watch the video below.