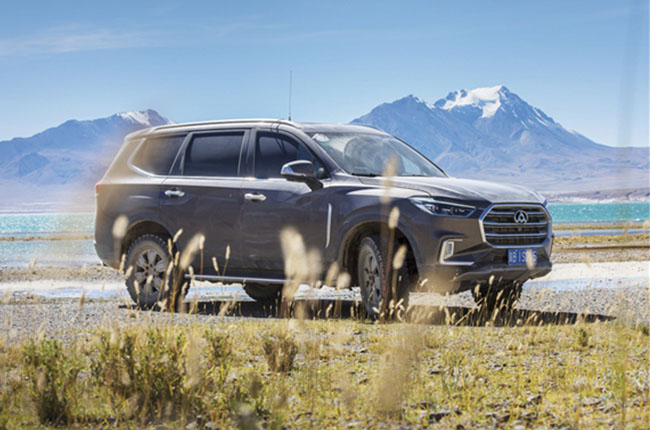 Over in India, MG the Brittish inspired brand has given the public a sneak peek of its newest offering for the midsize SUV segment - the Gloster. The new model was displayed at the 2020 Auto Expo and is set to challenge the likes of the Nissan Terra, Mitsubishi Montero Sport, Toyota Fortuner, and the Isuzu Mu-X. The new SUV is supposedly going on sale in November 2020.

What exactly is the Gloster? It’s a midsize three-row vehicle that shares the same popular characteristics as the rest of its segment. The vehicle is a rebadged version of the Maxus D90 SUV which is available in China. While being a rebadge it is important to note that both MG and Maxus are under the same umbrella company that is SAIC Motors, which gives both brands access to the vehicle. In terms of Dimensions the Gloster measures in with a length of 5,005mm, 1932mm in width, and 1,875mm in height, while its wheelbase comes in at 2,950mm, giving it bigger dimensions compared to that of its competitors in its segment. It comes in with a respectable 210mm of ground clearance and with multiple seating configurations. The vehicle’s flexible seating layout can accommodate six and up to eight passengers. With its rather large size, it puts the vehicle pretty close to the likes of the Nissan Patrol and Toyota Land cruiser.

There are currently two rumored power plants available for the Gloster, the first and most likely option is a 2.0-liter gasoline engine. The gasoline fed heart of the vehicle makes 224hp and 360 Nm of torque. Its other power option is a turbo diesel engine, which is most likely the engine that MG will choose if it was to launch in the Philippines. The diesel fed powerplant comes in the form of a 2.0-liter twin-turbo engine that is capable of making 218hp and 480 Nm torque.

When it was displayed to the public during the 2020 Auto Expo it had 19-inch wheels and chunky tires, but when the vehicle was launched in China it had bigger wheels measuring in at 21-inches. For suspension, the international spec Gloster also gets double-wishbones at the front and a five-link setup at the rear.

While there is no official word yet as to when the Gloster will make it to the Philippines it is still an interesting prospect. If the price is right and the powertrain turns out to be diesel then it will surely attract a lot of Filipino buyers.