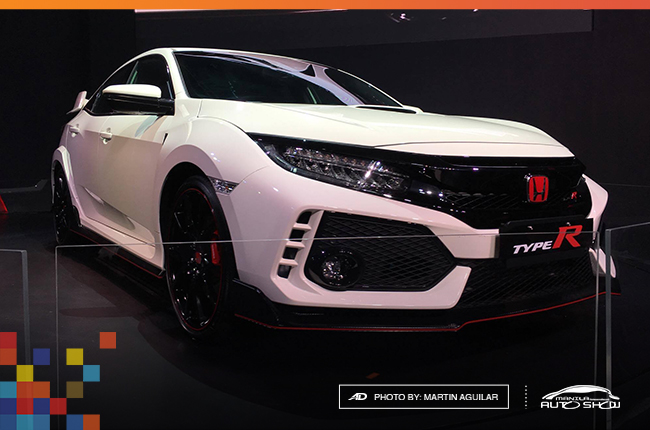 Some cars simply doesn’t need an introduction—and one of which is the Honda Civic Type R. As all eyes watered on its Geneva debut, it’s Manila International Auto Show (MIAS)’s turn to make people drool; Honda Philippines displayed its most awaited performance hatch.

The Civic Type R boasts dynamic wide body and rad design elements from front to rear. It easily catches attention with the honeycomb grilles that are amplified by the aggressive architecture of its bumpers. The fascia is then sealed with the exclusive red 'H' logo, exquisitely placed at the center of everything.

When viewed on the side, the Japanese marque's sport hatch features a character line that runs parallel with the vehicle's beltline. In addition to this, the side skirts get a red horizontal line, while the spoiler and the shark's fin antenna gives the Type R a sporty look.

More prominent styling is nestled at the rear, such as the 3 exhaust tips at the bumper's lower mid section, plus the large vents, and a red 'H' logo. Even more, the taillights are connected by a bridging secondary spoiler at the rear trunk, which gives any tailing vehicle a sleek view of its rear. 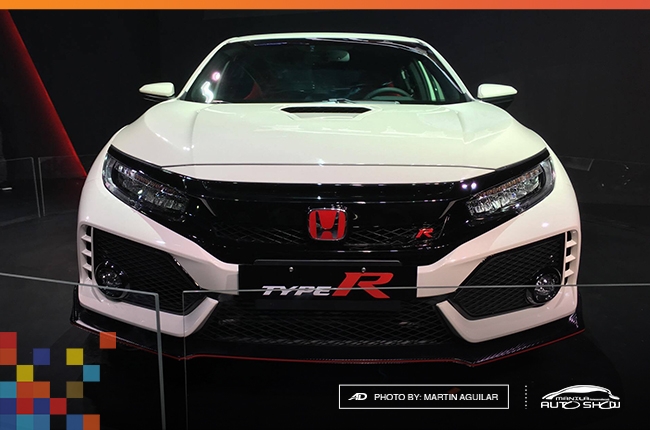 On the other hand, the cabin sports red and black accents, from seats to the door panels. Technology-wise, its 7-inch touchscreen head unit is integrated with Honda Navigation system that has both Apple CarPlay and Android Auto compatibility.

However, the Type R won't be a the car it’s meant to be without hearing it roar. Pop up the hood and say hello to the 2.0L DOHC, direct injected, turbocharged i-VTEC 4-cylinder engine. Mated to a 6-speed manual transmission, this combo is able to churn up to 306 hp and 400 Nm of torque – making it, by far, the fastest Type R in history.