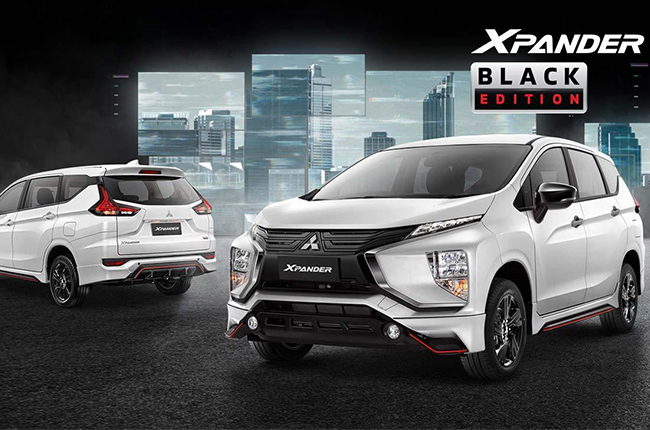 For the regular Mitsubishi Xpander Black Edition, Mitsubishi has gone for a more stylish and sporty look adding a black set of wheels and new accents to the front and rear bumpers. Going with the theme the Japanese brand has also de-chromed certain parts of the vehicle namely the grille and side mirrors. New red and black body accents are also found on the MPV located on the side skirts, lower chin, and at the rear on the lower bumper. It also comes available only in two colors, White Pearl and Jet Black Mica.

On the inside, the Black Edition touches don’t stop as it comes with special leather seats that come embossed with the Xpander name accompanied by red accent stitching and unique seat bolsters for the front seats. Aside from that the interior layout and amenities remain the same as it still comes with a 7-inch infotainment system. It also comes with a premium Rockford Fosgate audio system. 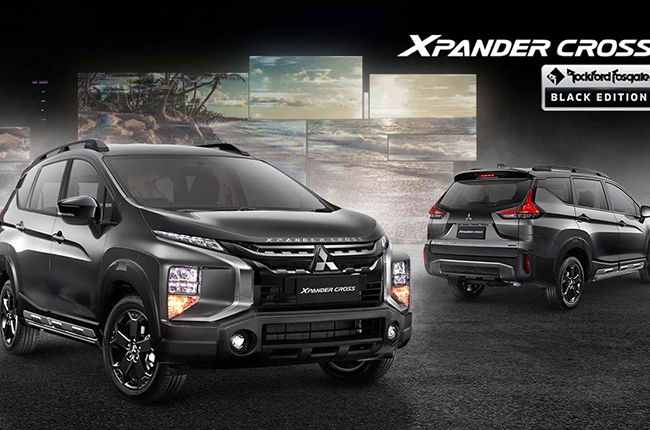 For the Mitsubishi Xpander Cross Black Edition, the Japanese brand has given it a new lower bumper in, you guessed it black. The black color scheme doesn’t stop there as the door handles, beltline, roof rails, alloy wheels, rear lower bumper, have all received the treatment. Making sure everyone knows you are driving a special edition vehicle Mitsubishi has also included special emblems on the variant. The Black Edition, despite its name, can be had in Quartz White Pearl and Graphite gray metallic.

When it comes to the interior, nothing much has changed except for the addition of a Rockford subwoofer. It comes with all-black leather seats.

Under the hood, the power remains the same as it still comes with a 1.5-liter naturally aspirated engine that produces 103hp and 141 Nm of torque. Transmission options remain the same coming in either a 4-speed automatic or 5-speed manual transmission.

While there is no word yet if Mitsubishi Philippines will bring these variants in, there is a possibility it could come to the country as a special edition model in 2021. However, as the local branch of the Japanese brand doesn’t have any affiliation with Rockford Fosgate local units might ditch the sound system and go with the blacked-out goodies instead.