The problem with most traffic monitoring websites and apps is that it takes too long to load or refresh. (Even with ample internet speeds) By then, most commuters will be stuck in traffic. Enter the Metro Manila Development Authority (MMDA) and the Cebu City Government’s brain-child called Traffic Alert System. It’s a program for recording and communicating real-time accidents, road closure, events, and faulty stop lights.

The difference with the mainstream navigational or traffic monitoring apps is that the website makes use of an open-source platform and several widely-available software packages such as MapBox and OpenStreetMap. This means that anyone with the right programming skills can contribute their code to help improve this program further. 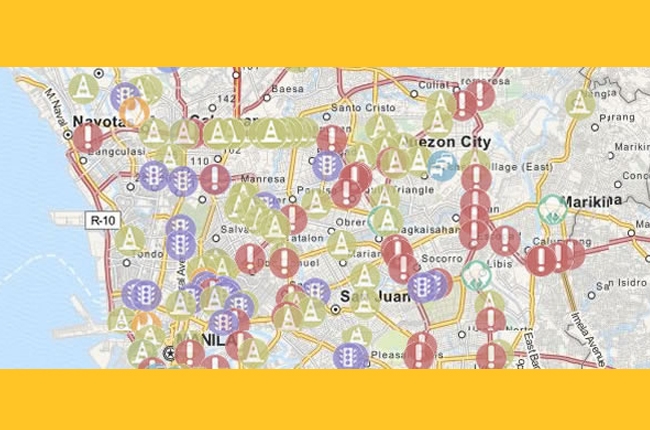 On the map, color coded icons and transparent dots mark incidents and allow its users to interact and check the exact location of the alert. Upon clicking on the icons, more information is shown such as the time and date it happened and type of concern.

However, Traffic Alert System is still in its testing and data collecting stages and can only display information within Metro Manila and Cebu. None-the-less, the information can help the Government come up with more efficient assignment of traffic enforcers, identify priority assignments, and support budget proposals for improvement. Traffic Alert System can also help the daily commuter, taxi and ride-sharing drivers in identifying routes to avoid.

The Traffic Alert System looks very promising and is good alternative to the mainstream navigational maps. A few more improvements and key features could turn this into something really special that can help a lot of people. Visit the official Traffic Alert System website if you would like to help out or see the system itself.