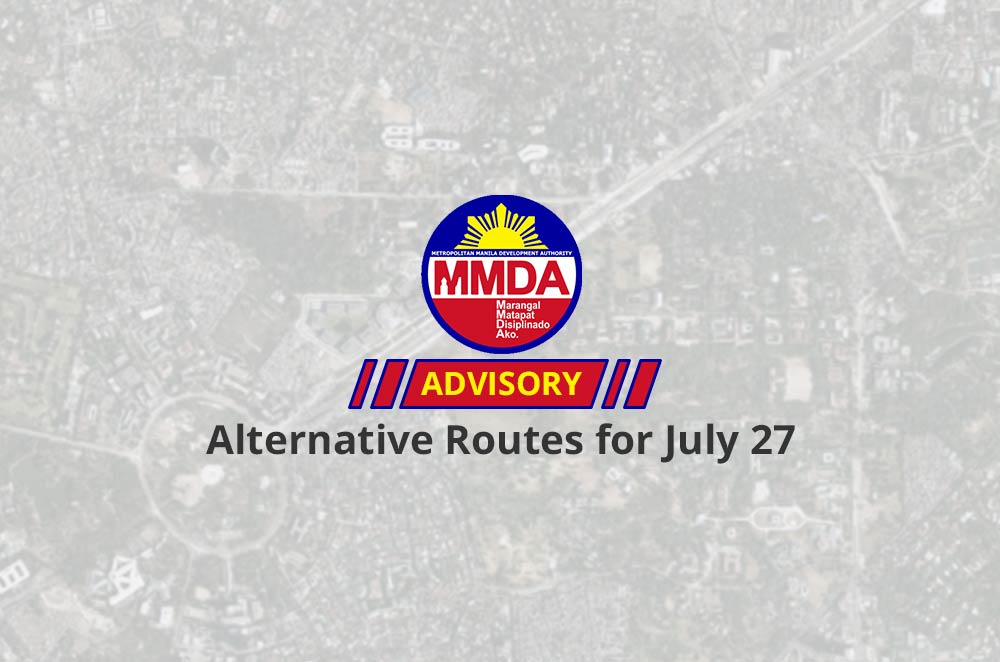 In preparation for the President's last State of the Nation Address (SONA) on July 27, the Metropolitan Manila Development Authority (MMDA) has published alternative routes for motorists and commuters along peripheral roads of the Batasang Pambansa complex in Quezon City.

The rerouting takes effect starting 12:00 midnight (July 27) as the stretch of Commonwealth Avenue, from Ever Gotesco to St. Peter Church (Northbound), will be closed to traffic. A zipper lane will then be opened from the Southbound lane of Congressional Avenue, from Jocfer Building to Commission on Audit (COA), for Northbound vehicles.

So either avoid the affected areas completely OR you could take the alternate route below: 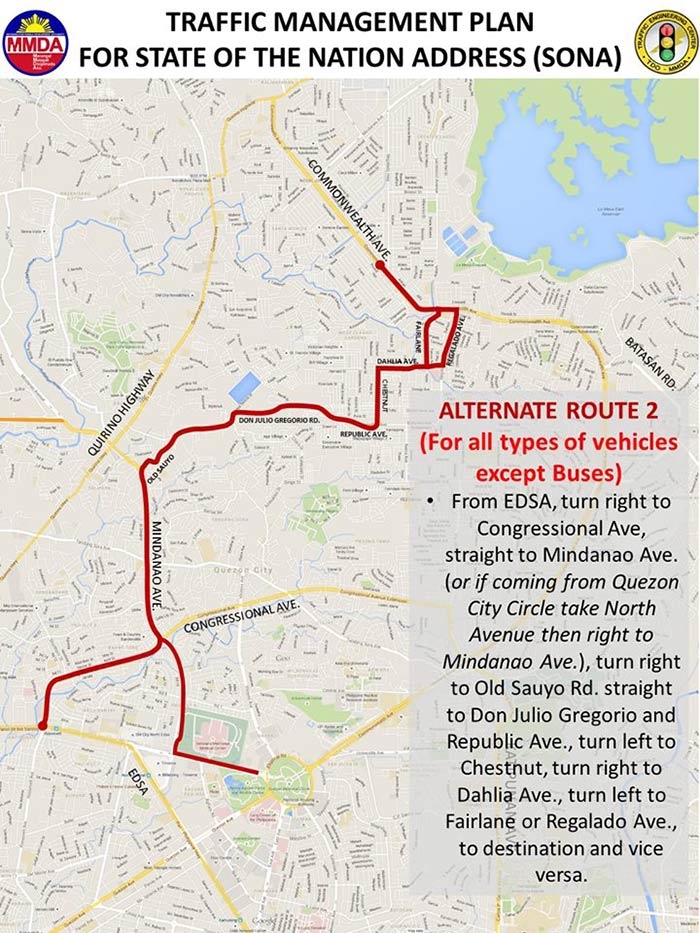 Alternate Route 1: From North Avenue, take Mindanao Avenue then turn right to Quirino Highway to destination. This works both ways.

On the day of the President’s SONA, the MMDA will deploy 1,200 personnel to help ease vehicular and pedestrian traffic as well as support the operations of the National Capital Region Police Office (NCRPO) and the Quezon City Police District. The MMDA will also be present along Commonwealth Avenue and Batasan Road leading to the Batasang Pambasa complex in hopes of ensuring a smooth flow of traffic.