With its claimed success during the holidays, the Metropolitan Manila Development Authority (MMDA) decides to implement the Extended No Window Hour on the number coding scheme until July 31, 2017.

This will supersede the announcement last week that the scheme will just be extended until the end of January.

Although the news only stated that the No Window hour policy will be the one extended, MMDA confirmed through a phone call that the extended hours (7:00 a.m. to 8:00 p.m.) policy will also go with the implementation until July.

Orbos also stated that the Extended No Window Hour scheme has been proven effective to improve traffic along major thoroughfares during the holidays.

Here are the roads affected by the Extended No Window Hour scheme: 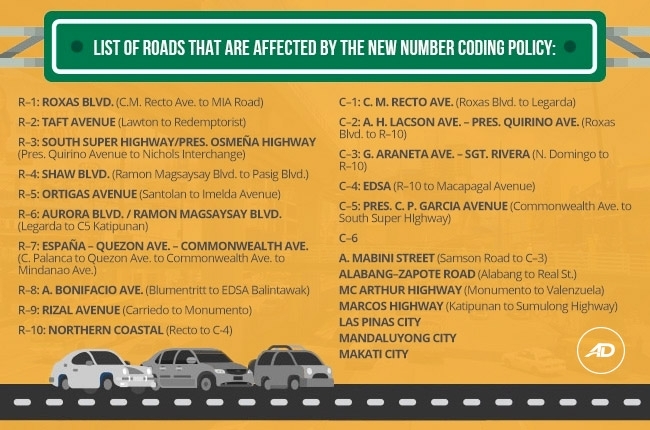