Gone were the days when Toyota’s midsize sedan were for executives and business meetings only. The 2017 North American International Auto Show (NAIAS) hosts the birth of a sporty all-new Camry that will make you want to go on track after a busy week at the office.

At first glance, the SE and XSE variants of the all-new Camry bears the hourglass mesh grille that will remind you of the sporty luxury cars of Toyota’s sister company, Lexus. It also has a black roof, which can be pretty attractive, depending on your preference. At the rear, a lip spoiler and rear diffuser are present as well to heighten up the fierce persona of the car.

The LE and XLE variants, on the other hand, has a ‘tamer-looking’ wide grille that extends across the bumper. All variants drop the fog lamps but with a car that has a flair like that, who needs them? Except when there’s fog, of course. 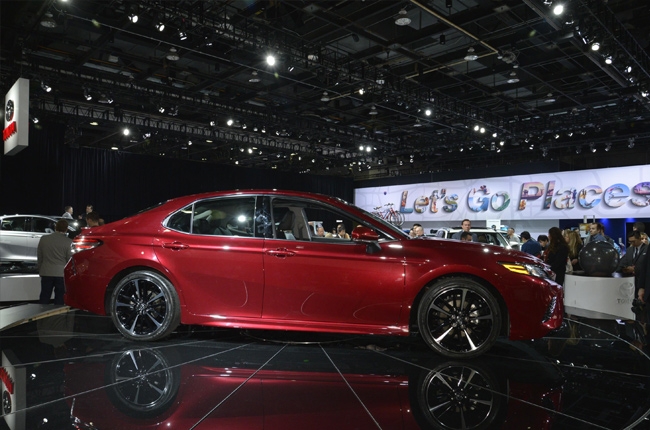 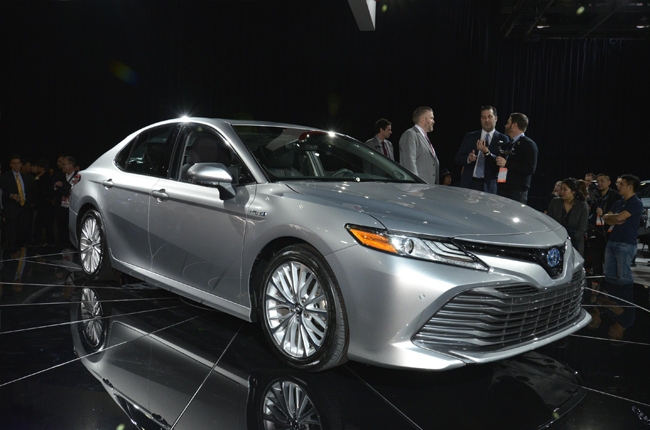 If you compare the 2018 Camry with the other cars in its segment, like the Honda Accord, Subaru Legacy, and Hyundai Sonata, it sure is a standout. For instance, aside from the fierce grille, it has the most chiseled hood among the mentioned models.

To support the bold exterior design, Toyota built the all-new midsize sedan on a new platform with a low center of gravity. The car is also essentially lower than the current model by 30 mm. And guess what, the seating position is also lower, which Toyota claims to enhance driving feedback. Don’t worry, the dashboard and hood has also been lowered for that needed road visibility. 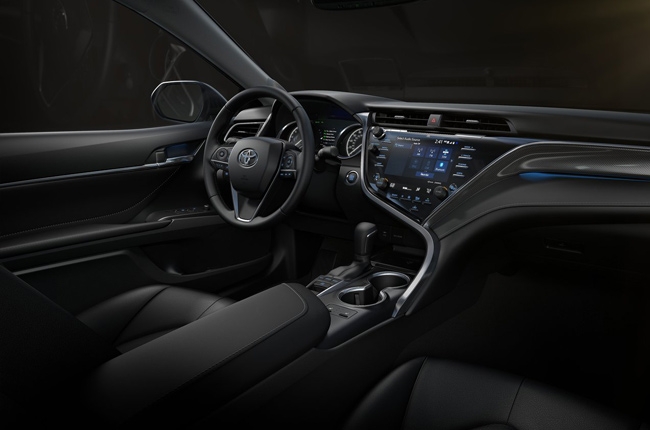 Inside, the all-new Camry is as visually appealing as its exterior. The 8-inch head unit display is seamlessly integrated with the other controls to lessen the clutter. It’s equipped with Toyota Entune 3.0 system with Apple CarPlay and Android Auto, paired with optional JBL premium speakers.

Other notable features include a 10-inch head-up display that makes driving safer by keeping the driver’s eyes on the road. Speaking of safety, the all-new Camry will be equipped with Toyota’s Safety Sense package, which includes a pre-collision system that detects pedestrians, and a variety of features that uses sonar technology and auto-braking. 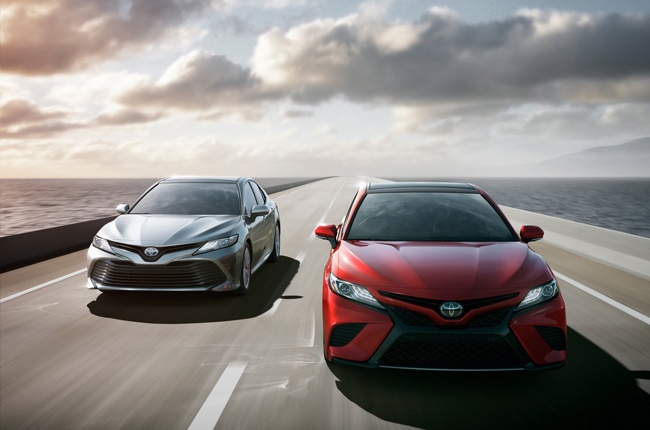 As for its engine, the all-new Camry isn’t that exciting as its visual design. It’s still powered by a 4-cylinder 2.5L and 3.5L V6 gasoline engines, although both were slightly upgraded. The power output rating were not disclosed yet, but Toyota claims that it will be higher than the current 178 hp of the 2.5L variant and 277 hp of the V6 engine.

Both powertrains are paired to a new 8-speed Direct-Shift automatic transmission. Albeit, no manual transmission variants were disclosed. Boo.

The all-new Toyota Camry will also be available with a hybrid engine in the U.S. However, historically, we don’t think it will reach the local showrooms. If it does, that will be a new addition to the few players of the hybrid cars segment here.