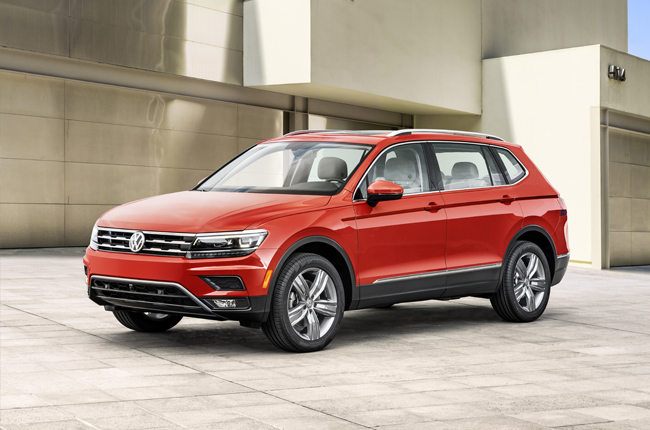 It seems like Volkswagen has redefined the word ‘compact’ by introducing an all-new Tiguan compact SUV at the 2017 North American International Auto Show (NAIAS). It’s essentially longer in length than its predecessor – almost becoming a midsize SUV in terms of size.

The 2018 Tiguan, or Tiguan Allspace in Europe and Tiguan XL in China, is 4704 mm in overall length and 2791 mm in wheelbase length. To help you picture out the numbers, it’s almost as long as the Mitsubishi Montero Sport, which is a 7-seater midsize SUV.

For a compact SUV, that’s a huge increase in comfort due to increased legroom, as well as cargo space, which they claim to have increased by 57%. That’s adding more capability to bring luggage on out-of-town trips. In fact, due to the increased length, you have an option to order a Tiguan with a 3rd row seating. More baggage or more passengers – you choose. Additionally, Volkswagen claims that “every detail of the Tiguan has been thoughtfully engineered for our U.S. customers to maximize space and convenience, while retaining its performance, agility, and value.”

Even with its size advantage, they said that the Tiguan will be priced competitively against other compact SUVs in the U.S. – a smart move for the German automaker. That’s without falling short in terms of safety technologies like (1) adaptive cruise control, (2) front assist with pedestrian monitoring, (3) blind spot monitor with rear traffic alert, and (4) lane assist. 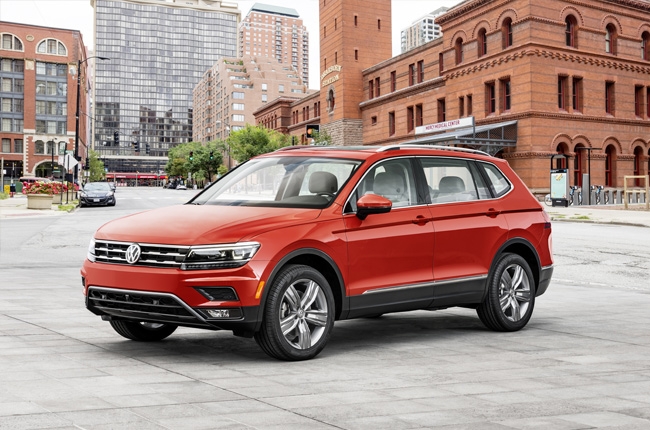 As for its looks, the 2018 Tiguan retains Volkswagen’s clean look, integrated with a modern touch. The horizontal grille is still there, along with a redesigned LED headlamps and LED daytime running lights that exhumes class.

While the long wheelbase 2018 Tiguan is an additional variant to the 2017 Tiguan sold in China and Europe, it will be the sole model in the U.S.

Locally, though, the available Tiguan model isn’t the latest one yet, bringing us to the question: which one will they sell here eventually? Or will they bring both, just like in China? The long wheelbase version is a definite segment shaker, but then again, price is also a deal-breaker.