The 2022 Nissan Terra made its ASEAN debut in Thailand last week and the updates strongly resemble its X-Terra counterpart in the Middle East. Now, the significant upgrades have made this midsize SUV a more compelling entry in its segment.

Related: Here’s what to expect with the 2022 Nissan Terra in the Philippines

The new Terra was photographed on local roads along with Nissan Philippines releasing a series of teasers. Right on cue, the Thai version of the midsize SUV got a launch earlier than the rest of the ASEAN nations. On a positive note, this should serve as a good sneak peek of what we can expect from the Philippine-spec model given that the Nissan Terra is sourced from the land of smiles. 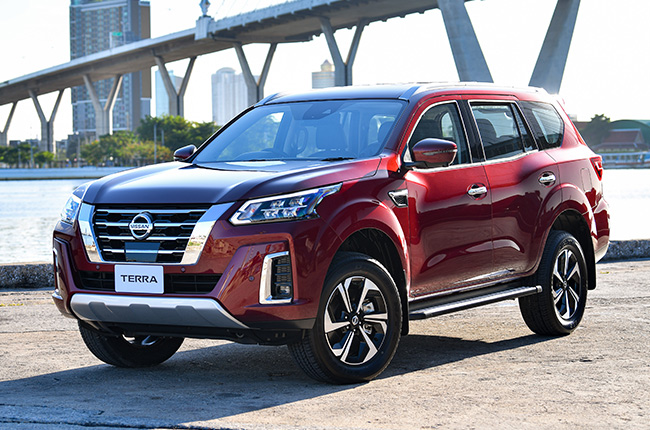 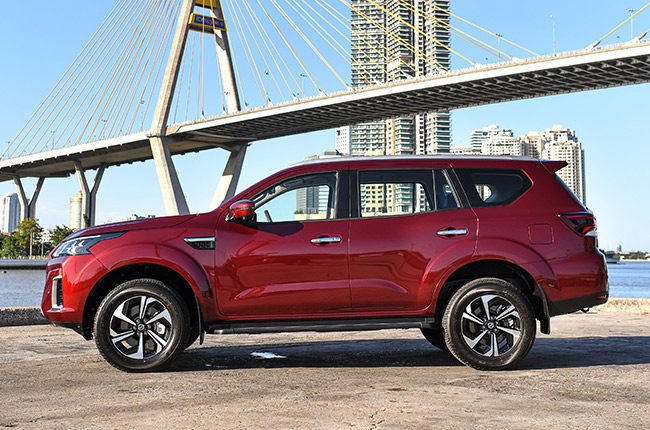 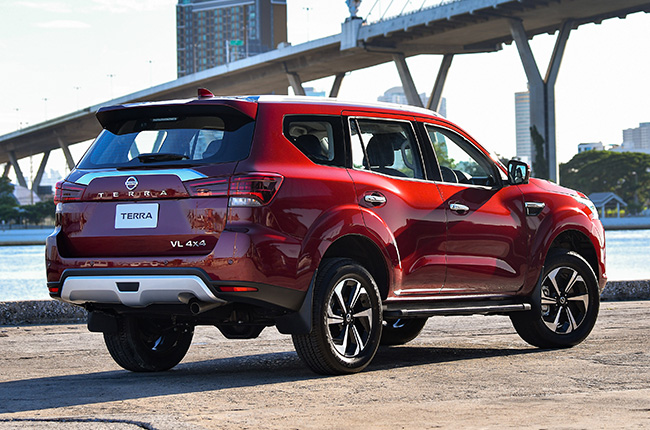 On the outside, the updated model features a more upscale and more prominent design. Both the front and rear get a drastic change, with it having a different fascia complemented by the new grille, bumper, and a pair of quad-LED headlights. It even appears that the hood has been resculpted as well given its different shape.

The side, on the other hand, has subtle revisions. There are some noticeable changes including the new step boards, 18-inch alloy wheels, and the faux air intake found on the front quarter panel. Its rear end has also been redone with it having a new pair of taillights, an additional chrome garnish, and a revised bumper. Interior-wise, Nissan got rid of the plain-jane dashboard that has been criticized by a lot of consumers. What it gets is an entirely new dashboard that heavily differs from the Navara. Notably, buyers can even opt between 2 interior color options, namely black and burgundy, or black and beige.

Apart from that, the updated model is also rich in terms of features, with it having an infotainment system that features Android Auto and Wireless Apple CarPlay, an 11-inch rear monitor with a smart TV stick, and an optional Bose audio system that should deliver good audio quality throughout the cabin. It also gets a suite of Nissan’s Intelligent Mobility features, giving the select variants access to some driver-assist tech such as forward collision warning, lane departure warning, blind-spot warning, and the Intelligent Around View Monitor with moving object detection. 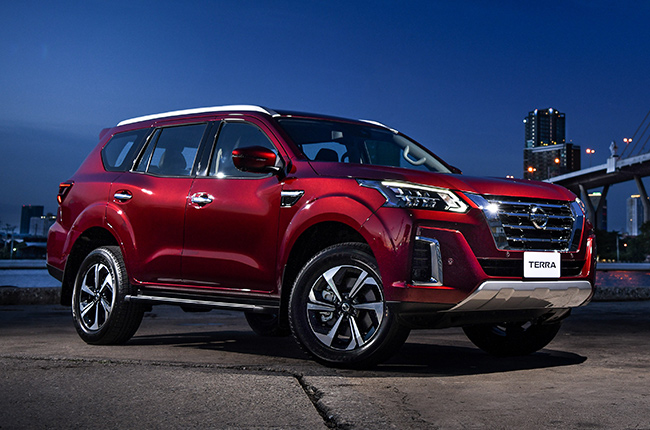 While the Thai market still gets the 2.3-liter twin-turbo diesel engine, the Philippine market shall also retain the tried and tested 2.5-liter turbo diesel engine. Like the outgoing model, the tried and tested powerplant could still produce 187 hp and 450 Nm of torque. Presumably, the said mill could either be paired with a 6-speed MT or a 7-speed automatic once it’s available in the Philippines.

We honestly can’t wait any longer as the following upgrades do make the Nissan Terra a huge step forward from its predecessor. Given the teaser and the recent spotting of the updated midsize SUV on local roads, there is a great chance that Nissan Philippines will launch this model anytime soon. That said, stay tuned for more updates.