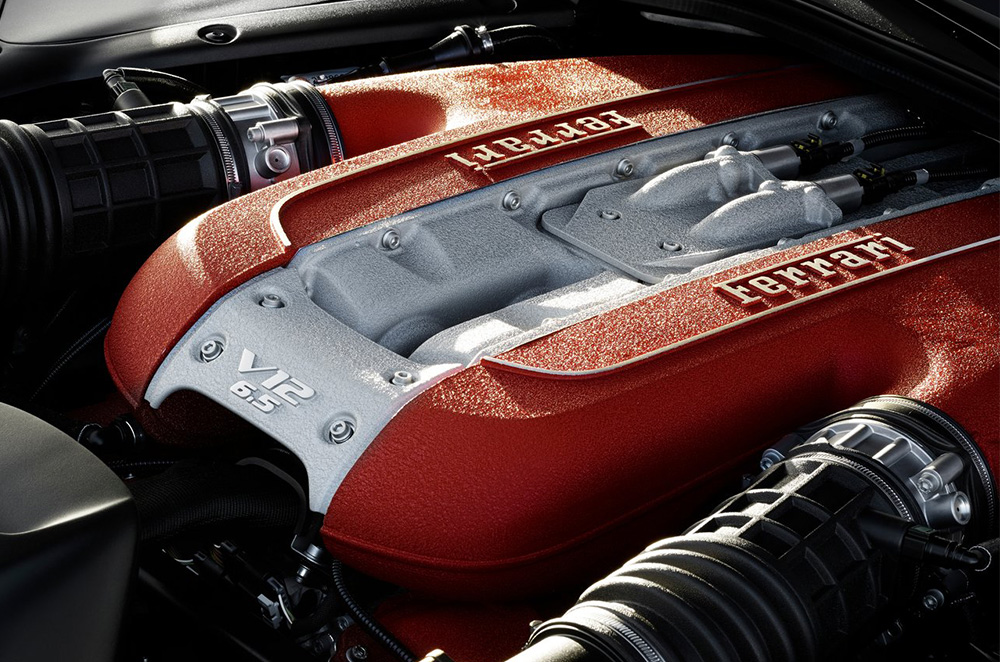 Ferrari is developing a new powertrain to put into a new model. The engine will reportedly churn out 986hp produced from a hybrid powertrain. An invitation on the Ferrari Chat message board was posted by a user, stating that a new model with 1000 CVs will be launched in Maranello. On the 31st of May.

Executives from the Italian brand have been hinting at the introduction of a supercar to rival the current performance figures of their flagship hybrid model, La Ferrari. The mid engined hero car for the brand has yet to receive a successor, ever since the house of the Prancing Horse ceased production at only 500 units back in 2016.

It will be a top-of-the-line hybrid with supercar performance and a true beauty
Louis Camilleri
CEO, Ferrari

The quote was stated by Ferrari’s CEO during the Q1 financial earnings call. With the brand’s 812 Superfast, being its top-of-the-line production car for now, it will be interesting to see what body style the newest addition to the line up will be. Brand executives have stated that the new model will be “above the 812 Superfast”.

The body style of the new model is not known yet, however it is likely that a mid-engined variant is in the works as evidenced by hybrid powertrain test mules using the 488’s chassis as a base. This assumption could prove false since none of the test units have the 986hp monster of a powertrain. However with the current flagship sporting the Berlinetta body style, and the F8 Tributo signaling yet another update to the 458 platform that Ferrari has been using for the longest time, maybe another mid-engined variant is coming and will be more premium than the F8, or maybe it won’t be.

As for the number of cylinders, die-hard fans of the brand speculate that a V8 engine will be employed in the new setup, accompanied by possibly three hybrid electric motors. Others believe that only one engine will be used, however there is a notable advantage with the use of three; since torque vectoring will make this ultra premium automobile more controllable.

Alleged pricing for the base model will run at about $675,000 or thereabouts depending on the current exchange rate between EUR and USD exchange rates. The information apparently came from one of the Ferrari Chat users who got the tip from a dealer in Switzerland.

It would be exciting to see what the engine specs of this new model are. Whether it’ll have 6, 8, or 12 cylinders will be a topic of conversation between Ferrari fans. Since the body style and layout will be up for debate as well, instead of speculating and letting our inner boy racer out, let’s sit back, relax, and anticipate the news, because 986hp in a Ferrari is dang fast, and we can’t wait.