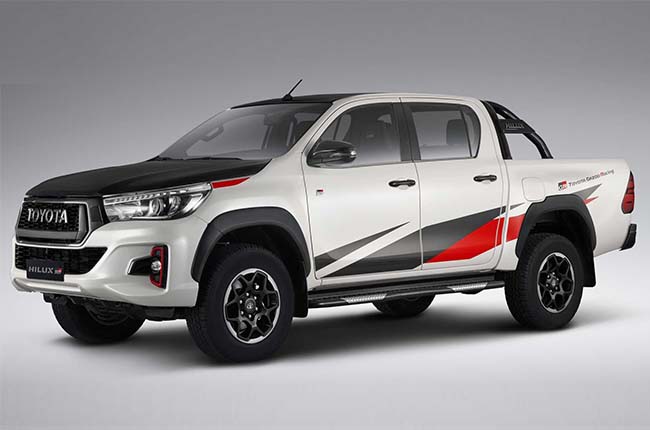 The current generation of the Toyota Hilux has been around in the Philippines for about 5 years now making the vehicle a prime candidate for another refresh. With that in mind, it looks like Toyota has something up its sleeve for the vehicle’s pending facelift. New images have surfaced with regards to there being a GR-Sport version of the vehicle coming soon. It is important to note, however, that these images are of low quality and as such, it is hard to verify if these are renders or original photos. In the way these images are formatted, however, there is a high chance that these might be legitimate as it appears that these were taken from a dealership presentation.

Related: Possible new redesign for the 2021 Toyota Hilux has been leaked If these images do prove to be legitimate then these new photos would match the earlier April leaked photos of the vehicle with the addition of Gazoo Racing parts. If this proves to be the real deal then the GR-Sport will likely have a blacked-out grille, black fender flares, and revised bumpers. Though blurry additional features can be seen to be coming with the vehicle in the form of a new skid plate, a tailgate roll bar, and a new set of black wheels to complete the look. The other leaked photos now deal with the new range of wheel options for the pickup truck. However, it's hard to see which variant of the pickup gets which wheel design. 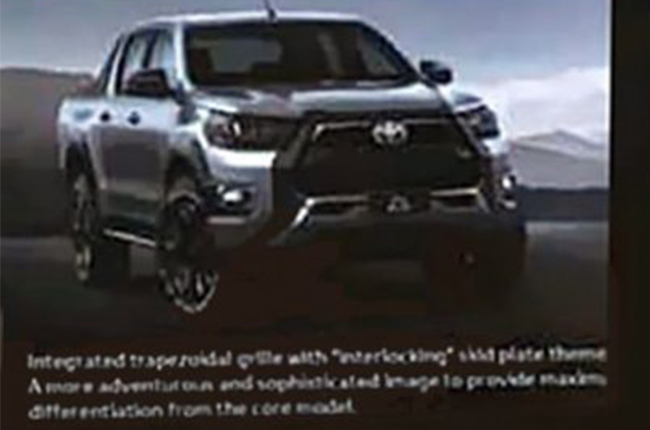 There is no official yet if the GR-Sport will come with new power options, however, it is important to note that the South American version of the vehicle does come with a V6 gasoline engine. If Toyota Philippines were to bring in the GR-Sport into the country it will most likely carry over the 2.8-liter turbo diesel motor that it currently has but with a bump in power.

The Hilux Revo GR-Sport was supposed to enter production in May 2020, however, due to the outbreak of the COVID-19 pandemic, this has been pushed back to June 2020. According to other reports, it will be making its debut in Thailand first in June as well for the ASEAN region.