Volkswagen Philippines, the official distributor of Volkswagen vehicles in the country, highlights a new model into their classy lineup during the 6th Philippine International Motor Show (PIMS) – the Volkswagen CC. This car is set to raise the bar within the midsize luxury sedan segment.

The Volkswagen CC, which stands for comfort coupe, lives up to its moniker with its sleek design and elegant accents in its exterior. It’s a 4-door coupe, with a long hood and short rear, while able to accommodate 5 people comfortably. The German marque’s signature horizontal chrome grille is still present, which complements the headlamps with LED daytime running lights for that luxurious appeal. 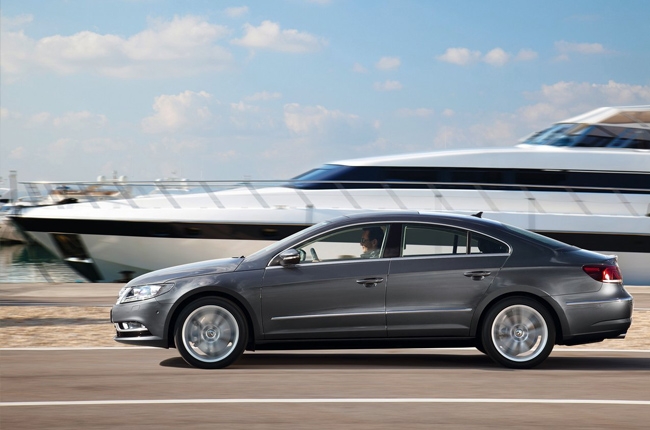 Classified between the Jetta and the Passat in terms of size and engine power, the new CC is 4,802mm long, 1,855mm wide, 1,417mm tall, and has a wheelbase of 2,711mm. However, what separates it from the 2 models mentioned is when it's viewed on its side. It has defined character lines in an upward slope, which gives the new CC a sporty demeanor. This is then complemented at the rear by a short boot, as well as a shark fin antenna and dual exhaust pipes. Inside, the leather front seats can be electronically adjusted in 12 ways, with a memory and massage function. Moreover, air conditioning is through an Active Climate Control. This automatically adjusts the temperature inside the cabin to ensure comfort of the passengers regardless of the climate outside.

Under the hood, the Volkswagen CC is powered by a 2.0L 4-cylinder Turbo Direct Injection (TDI) diesel engine that can generate a maximum output of 177 hp. It’s then mated to a 6-speed Direct Shift Gearbox (DSG) transmission system. Best thing about this is it has a Start/Stop system to maximize fuel efficiency.

The Volkswagen CC 2.0 TDI DSG has a price tag of P2,850,000 in Pure White. Volkswagen Philippines also said that only a limited number of units will be sold nationwide.

For more information about Volkswagen and its vehicles, visit the AutoDeal Car Brands page.