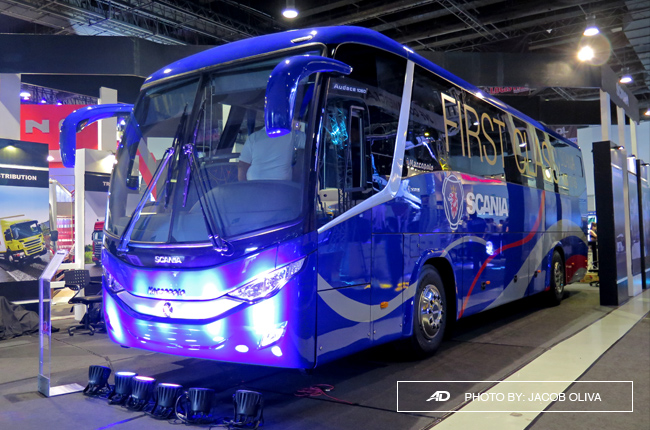 BJ Mercantile, Inc., the local sales and services dealer of Scania brand of commercial vehicles, brings a new addition to their lineup – the Scania Marcopolo luxury coach. This is their entry to the local bus market, which is just in time for the Swedish marque’s 125th year anniversary.

The new Scania Marcopolo is a collaboration between 2 companies who are experts in making commercial vehicles. Scania is one of the world’s leading manufacturers of trucks and buses, while Marcopolo is a Brazilian coach manufacturer. Essentially, the new luxury coach’s chassis and engine are made by Scania; the body and the interior, on the other hand, are designed and manufactured by Marcopolo.

This fusion of brilliance makes the new Scania Marcopolo a force to be reckoned in the local bus market. It possesses superbly engineered exterior and a quality interior. The said first class bus is designed to give maximum comfort to passengers and optimum drivability for the one who’s behind the steering wheel. The body of the new Scania Marcopolo features a streamline design for lower drag, which in turn reduces fuel consumption. It’s also made up of galvanized steel, with complete primer coverage and underbody coating for notable protection from corrosion. With its monocoque design, passengers are given maximum comfort and an ample space for luggage and cargo. Among its best features is its electrical components that are protected from moisture with rubber seals – perfect for our country’s tropical climate. 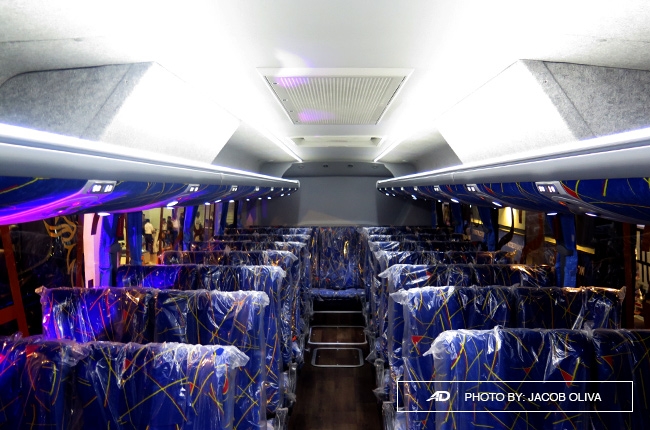 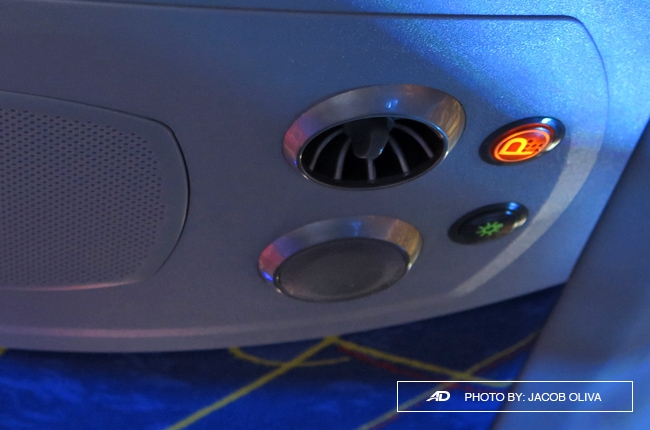 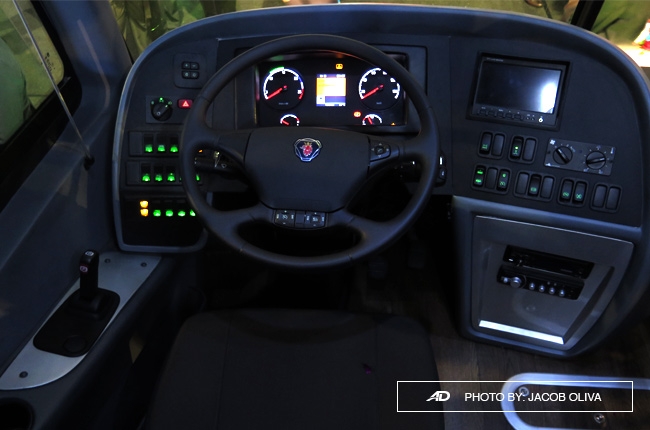 As for the passengers, they are given with plush reclinable seats that have more than enough leg-, head-, and elbow-rooms. Individual cup holders, foot rests, seat pockets, air conditioning vents, and reading lights are also available, along with buttons that can signal the driver to halt. Lastly, the Scania Marcopolo bus is equipped with full air-suspension and extensive engine noise insulation. Powering this new first class people carrier is a 13L 6-cylinder turbo-charged diesel engine that can produce an output of 360 hp and 1750 Nm of low-end pulling torque. It also has High Torque Low Stiffness (HTLS) clutch that reduces engine noise even further. For a safer drive, it’s also equipped with Electronic Braking System (EBS) and traction control for slippery roads.

The launch of the Scania Marcopolo signifies Scania’s commitment to strengthen its presence in the Philippine Market. They opened their showroom last year and since then, they’re bound to surpass 125 units of trucks sold this year.

BJ Mercantile, Inc. also said that they are open to partnership with local coachmakers to make their new buses, however, it will be bound for extensive screening due to the high level of quality that their brand requires. They also announced that by the end of the year, a new bus made for mass public transportation and in-city travel will be launched.