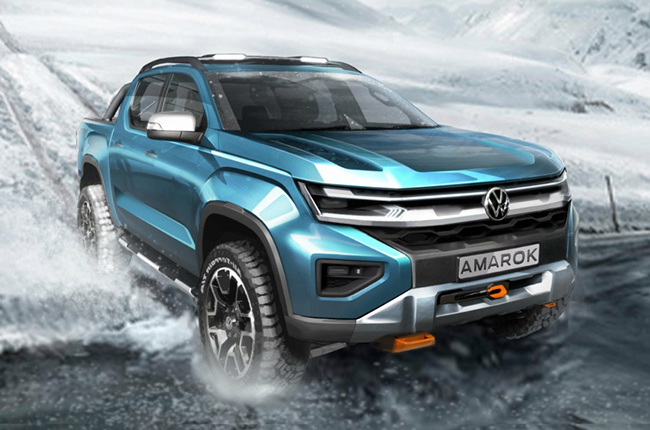 Volkswagen Philippines is looking into entering the midsize pickup segment with the all-new second generation Amarok which is slated to make its global debut in 2023. The upcoming model shall compete with the likes of the Ford Ranger, Nissan Navara, Mitsubishi Strada, and the Toyota Hilux.

Related: Volkswagen Tharu to make its Philippine debut this year

According to Autoindustriya.com, some insiders from Volkswagen Philippines have stated their interest in bringing the upcoming midsize pickup. For those who are not aware, the Volkswagen Amarok is being sold in other countries including Central and South America, Europe, Australia, and South Africa. However, the model we’re referring to is the first-generation model, and frankly, it’s dated already, with it being originally launched in 2010.

The second-generation still has a long way to go, with its global debut slated for 2023. Only a teaser photo was provided by the German automaker, therefore, giving us a glimpse of its exterior design. Interestingly, reports have circulated that the all-new Amarok will share a lot of things with the next-generation Ford Ranger, this is because both car manufacturers have entered into an alliance.

Currently, the first-generation Volkswagen Amarok is produced in Argentina and Algeria. While it unlikely for the Philippine-spec model to be sourced from those countries, there is a possibility that the next-generation Amarok will be produced in Thailand given its partnership with Ford, plus, the land of smiles is also known for manufacturing and exporting several midsize pickups to different countries including ours.

However, the manufacturing agreement between the two manufacturers has not been made official as of now. Likewise, specifications have not been disclosed just yet. While we’re still not entirely sure, a Volkswagen pickup does sound nice, not to mention entering a new segment shall give them the opportunity to expand their current market.