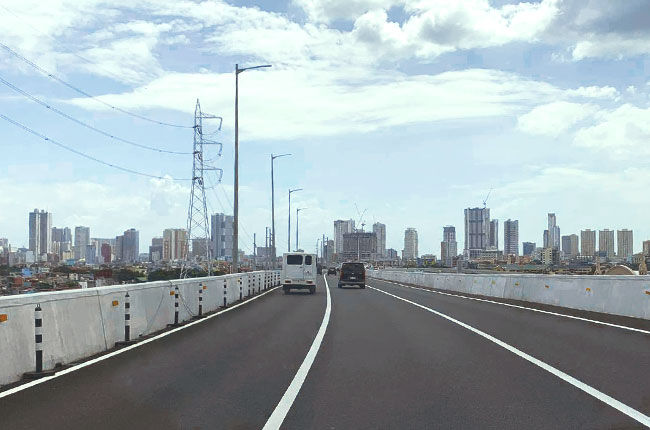 It looks like the San Miguel Corporation (SMC) isn’t done yet with the Skyway Stage 3 as it has announced that it is considering plans for a Bus Rapid Transit (BRT) system along the elevated roadway. SMC further states that the BRT will allow buses to function like trains along the expressway so that it can carry a large number of passengers to designated stations.

As early as 2017, we had already been considering the bus rapid transit system on the Skyway as a means to further decongest traffic in Metro Manila and transform the commuting experience of many Filipinos. In fact, we already announced plans for this back then
Ramon S. Ang
President of San Miguel Corporation

Related: Skyway Stage 3—Everything You Need to Know

The BRT system will supposedly start from the Susanna Heights area in Muntinlupa City and will end near the Balintawak area in Quezon City near the North Luzon Expressway (NLEX). With that in mind, the corporation is currently testing if the transit system will be feasible and is formulating plans with the Department of Transportation (DOTr). This could be a very big step for SMC to undertake as Ang further states that  “We’re very excited to start discussions on this. The most important thing is that the platform is already here—the completed elevated Skyway system—and this BRT or high-capacity P2P system will make commutes faster and better for many Filipinos.”

The buses that will be utilized in the BRT will likely be double-decker buses and will run on a controlled route, this means that they will not be allowed to deviate off-course or make any unscheduled stops along the way. This will ensure that the system will run efficiently and that the buses are on time at each station they stop at for the benefit of the commuter.

SMC has yet to release a scheduled release date for its proposed BRT system, however, once approved, it could heavily reduce traffic in other thoroughfares in the area as well as benefit commuters that need to travel from the northern and southern parts of the Metro Manila area.