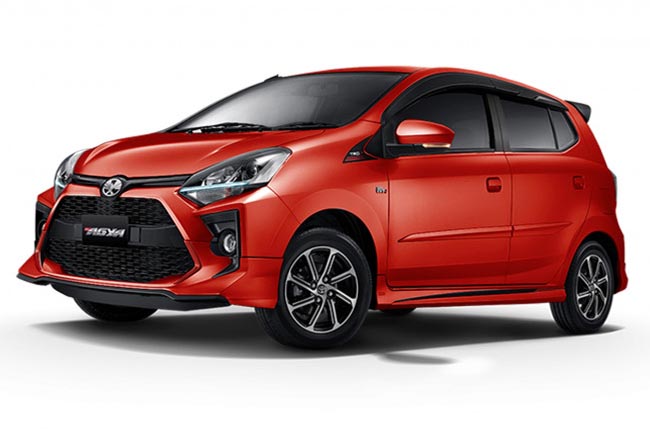 Toyota Indonesia has given the 2020 Toyota Wigo a facelift. While the pictures have Ayga as the model’s name it’s important to note that it is the localized version of the Wigo in Indonesia. While the new 2020 version of the subcompact hatch carries the same design elements from the 2017 model Toyota has decided to double down on it. 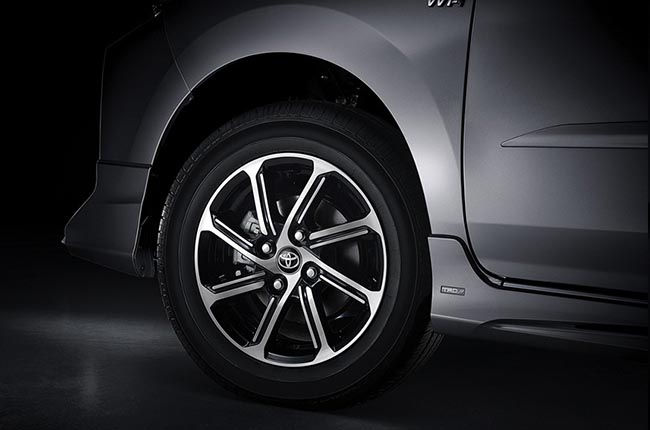 The new subcompact vehicle now comes with a sportier more angular front face and tweaked headlights. Not to be left out even the rear of the vehicle gets some tweaking in the form of new clear taillight covers. Instead of chrome, a new black trim piece can be found at the front of the vehicle. The wheels of the Wigo also get a new design to complement the sportier new look.

Similar to what we have in the Philippines the Wigo also has an appearance package based TRD trim. In Indonesia, this gives the subcompact hatch a new front chin, side skirts, and a new rear bumper extension giving the vehicle an even more aggressive look than the normal variant. Along with the body kit comes new decals found on the front fender and side skirt of the vehicle. Final touches for the TRD trim include a black tailgate spoiler to help separate it from the normal vehicle. The interior of the 2020 Wigo still carries over what the 2017 version has started. Nothing much has changed and it still comes with a gray headliner with black and gray interior color scheme. A new addition, however, is a digital air-conditioning display that is only available in the range-topping TRD variant. Speaking of TRD variant goodies, the top-of-the-line variant now also gets a push to start button, the rest of the other trims get the traditional key and keyfob. Other variants of the Wigo still retain the dial style climate controls. Other new minor interior updates include a new seat pattern as well as a red highlight around the speedometer.

Engine and transmission options for the 2020 Wigo still remain the same. It still carries the 1.0 naturally aspirated engine pushing out 65hp and 89 Nm of torque that can be paired with a 5-speed manual transmission or a 4-speed automatic.

There is no word yet if Toyota Philippines will bring in this new facelift into the country, but given the current situation, it may take a while for it to arrive.

Get Notified About Toyota Wigo News