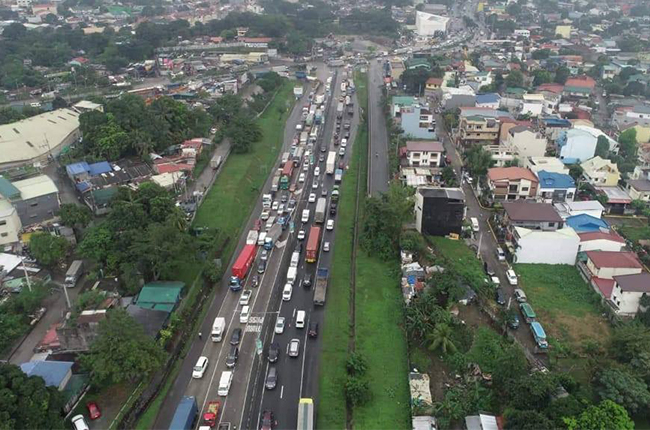 RFID woes still continue as the Toll Regulatory Board (TRB) is stepping in and is now ready to impose penalties and even suspend toll collection by toll operators. The government agency is ready to hand these penalties out to those who continue to violate the implementing rules and regulations (IRR) set up for the cashless/ contactless transaction system on all expressways.

With that in mind, some local governments have already taken action as such is the case for the city of Valenzuela. They have suspended the business permit of the NLEX Corporation. This was done due to the heavy traffic caused by the tollway operator’s shift into a fully cashless system in the area. In response to this, the NLEX Corporation has released its action plan in which it states what it will be doing to improve the situation in the coming months. Once these are put into action, traffic at major entrances for the Northern expressway should improve especially in the Valenzuela City area itself. Even San Miguel Corporation has released its own statement and action plan with regards to improving their services for the benefit of motorists who utilize their expressways. 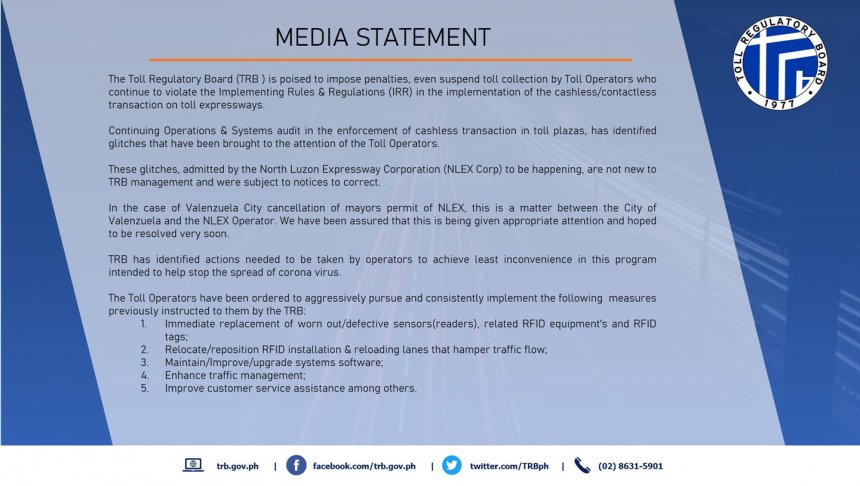 While having a plan of action is an excellent step forward, the TRB wants more as it too has also released its own action plan for the toll operators. The government agency lists down what these operators need to achieve as to not inconvenience motorists that will be traveling along their expressways. Fines await those who do not follow and continue to violate the IRR set up by the TRB.

In their official announcement, the TRB wants toll operators not just specifically the Metro Pacific Tollway Corporation to “aggressively pursue and consistently implement” the following measures:

With a government agency now thrown into the mix, the traffic, as well as the RFID situation, should be able to improve over time. The outline action plans stated by both the TRB and the likes of MPTC and SMC should see better results in the coming weeks as the pandemic is very much still happening.