Volkswagen of America, Inc. (VAI), the official US distributor of Volkswagen vehicles, has announced the availability of the Golf SportWagen Limited Edition. It spotlights a bunch of tech goodies while still maintaining a reasonable sticker price.

Its onboard entertainment has also been spruced up. In command of the occupants is a new MIB II with VW Car-Net. With the help of USB connection, this infotainment system can handle Android and iOS devices via Android Auto and Apple CarPlay, respectively.

Of course, the car’s exterior design has to fit the theme. To distinguish it from the rest in its line, Volkswagen has fitted it with 17-inch aluminum-alloy wheels, panoramic sunroof, chrome window trims, and fender-mounted “Limited” badges. On the other hand, the interior invites using Volkswagen’s KESSY keyless access system with push-button start and a set of comfy leatherette seats. 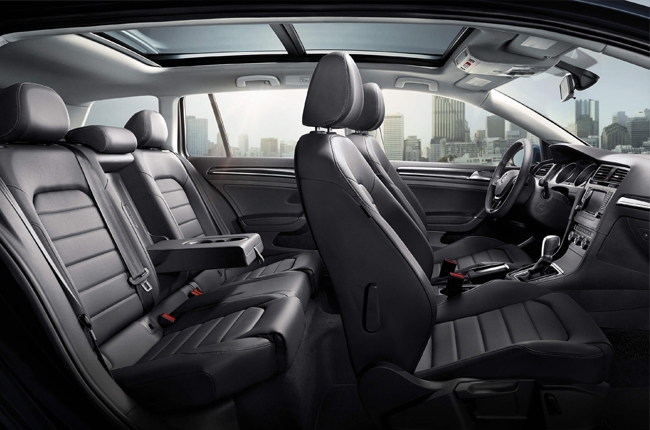 Under the hood resides a turbocharged 1.8L inline 4-cylinder TSI gasoline engine that generates 170 hp and 269 Nm of torque. Drivers will be able to govern the engine using a 6-speed automatic transmission.

Now here’s the best part according to VAI. As the car becomes available later this month, it will be tagged with an SRP of roughly P1,200,000 (without tax and other charges) as of this writing. But the catch is, Volkswagen Philippines hasn’t said anything about the possibility of a local debut anytime soon. It would’ve been great to see the Golf SportWagen duke it out with the Subaru Levorg or even the Mazda 6 Sports Wagon in the segment, right? Let’s keep our fingers crossed for that.

In the meantime, check out Volkswagen’s current locally-available models including the Golf GTI hatchback here on the AutoDeal Car Guide.