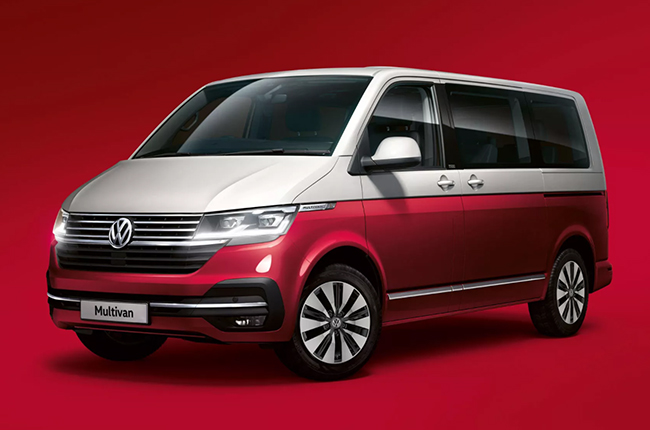 Another global model is on its way, the Volkswagen Multivan Kombi is coming to the Philippine market. This was confirmed after the German automaker posted a teaser on their official social media accounts.

Related: Best Volkswagen Promos in the Philippines you can avail today Volkswagen Philippines is slowly accomplishing its plans to globalize its vehicle lineup. Coming after the T-Cross is the Kombi which served as a groovy icon back in the 60s and 70s when the so-called ‘flower power’ era took place. Now, the multivan is set to make greater memories in its updated form. The iconic nameplate is set to compete with the likes of the Toyota Hiace Super Grandia and Hyundai Grand Starex or perhaps serve as a smaller alternative. While no official specifications for the Philippine model were released yet, just last year, the Multivan Kombi received a facelift in Europe and it adds some nifty features including adaptive LED headlights, LED tail lights, and two-tone details that can be found on the wheels as well as on its paint job which does pay homage to its funky and youthful vibe back in the day. Perhaps, we could get the following options once the multivan finally enters our market.

Aside from its spacious cabin, the new Volkswagen Multivan Kombi comes with modern features like a fully-digital instrument cluster and a touchscreen infotainment system with various multimedia functions including Apple Carplay, Android Auto, and Volkswagen’s AppConnect. Moreover, it can also be fitted with a number of advanced driver-assist systems, such as automatic emergency braking, full-speed adaptive cruise control, lane departure warning, and many more.

As for powertrain, the European-specced Multivan Kombi has a 2.0-liter 4-cylinder diesel engine that has different power figures depending on the state it's being sold. While we’re still unsure of what version of the diesel engine we’ll be getting, the said mill is paired with 7-speed dual-clutch automatic transmission while a manual transmission is available on lower-powered engines.

The Volkswagen Multivan Kombi is on its way this Q3 of 2021. Soon, the Philippine market will have a new German contender in the economy passenger van segment.