Volkswagen has opened a new Wind Tunnel Efficiency Center in Wolfsburg, Germany. As such, the new facility can test vehicle wind speeds up to 250 km/h, as well as create temperature and different humidity level to simulate rainforest climate and even snow.

With a floor area of 8,800 sq.m., the Wind Tunnel Efficiency Center also intends to reduce the fuel consumption and carbon dioxide emissions, while improving the overall vehicle efficiency.

"By 2020, we will renew our entire product portfolio as well as expanding it in key segments. All in all, our development teams are working on more than 50 vehicle projects."
Dr. Herbert Diess
CEO of Volkswagen 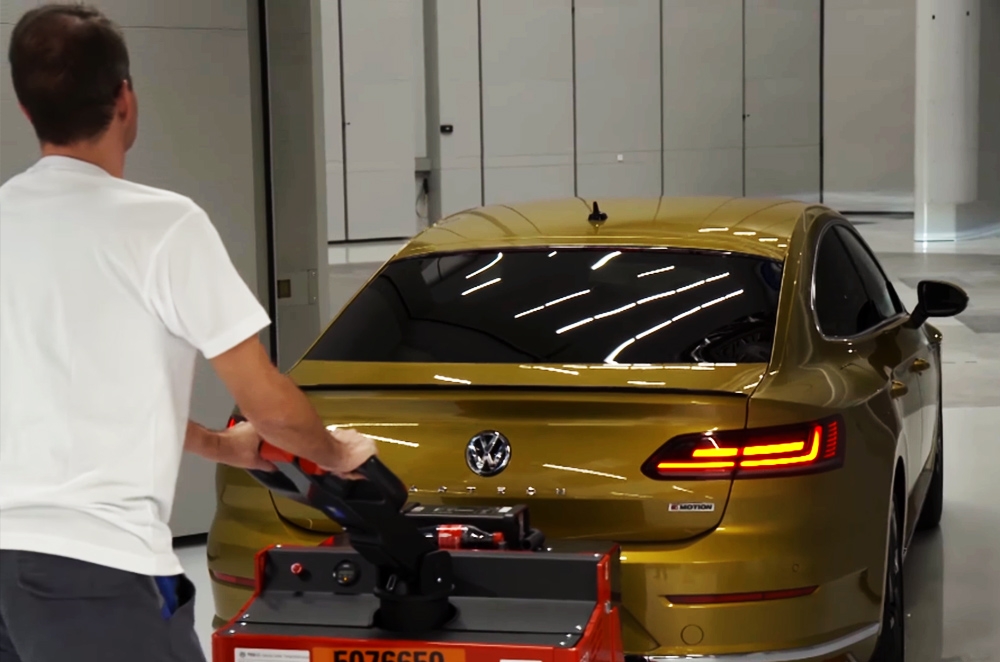 Moreover, the center features 2 tunnels. First is the aerodynamics and acoustic wind tunnels, wherein real-world driving operation can be simulated. Each wheel of the vehicle is placed on its own flat belt which allows the wheels to rotate, similar to driving on the road. Also, the balance of the vehicle can be tested automatically in less than 5 minutes (about 25 minutes faster than the previous system).

Second, there’s thermal wind tunnel which can imitate climatic and environmental conditions that can be experienced around the world, such as snow and rainy weather. It can also generate temperature between -30°C and +60°C to ensure the capability of the vehicle wherever it goes.

Aside from that, the tunnel only taps a sound pressure level of 65 decibels only (just as loud as having a normal conversation with a friend). This was made possible because of the acoustic insulation, making it one of the quietest automotive wind tunnels in the world.