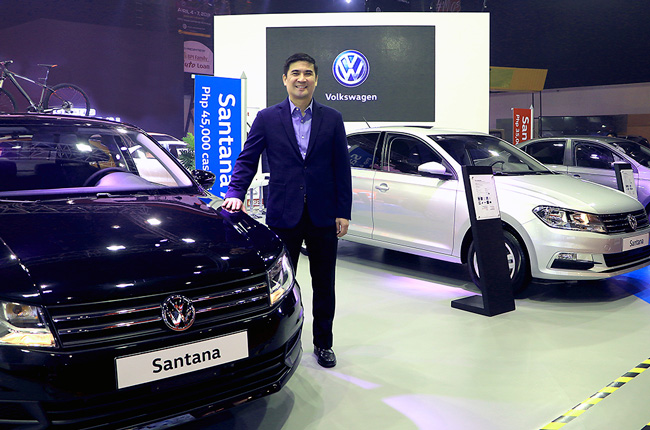 You’ll be hard-pressed to find a man of this stature and rank to be this light in an ambush interview during the 2019 Manila International Auto Show – that’s pretty much my greatest takeaway after I sat down with the newly-appointed Volkswagen Philippines president Felipe Estrella. As the Chief Financial Officer of AC Industrials, the automotive arm of Ayala Group of Companies, he wasn’t hesitant to disclose the German marque’s plan in order to cut through the very competitive local automotive industry.

Much of the interview revolved around sharing our experiences with Volkswagen cars and its best-selling Santana, but what piqued my interest was the bit about the upcoming SUV that the brand will introduce in the next 12 months or so.

To recall, the company announced during its media thanksgiving party that it will bring another crossover SUV into the market, primarily to strengthen its lineup in the country.

I pretty much jumped the gun and speculated that the new player could be the T-Roc diesel crossover or the Teramont (a.k.a. as the Atlas in western markets), with a little bias to the latter since VW PH is already sourcing its latest cars from the SAIC VW partnership in China. With only the long wheelbase version of the Tiguan and the Teramont SUV yet to be imported from SAIC VW, I asked whether the incoming SUV would also be sourced from the same plant. Mr. Estrella didn't confirm, but he mentioned that the company's current marketing strategy greatly affects the decision as to which the future VW crossover would be sourced from.

Mr. Estrella added that the company isn’t compelled to source from SAIC VW exclusively. FAW VW, from which the youthful T-Roc diesel crossover hails, could also be the source and ultimately, even models from the company’s European counterparts could also come into play. Given this statement, the choice of SUVs and crossovers that the company could bring in broadens. However, Mr. Estrella was firm about the company’s strategy: to sell cars that Filipinos would actually want to drive, and a huge part of this goal is keeping the price range within reach of the average Filipino car buyer.

Now, with tax advantages employed when sourcing from China and other countries within the ASEAN region, it’s safe to assume that VW PH would stay in its current path because, well, price is king. And that’s what VW wants to bring to Filipino car buyers – European design and quality at a non-European price point.