In the last few years, Volvo hasn't really built anything significantly new. But now we have this, the all-new XC90 which the Scandinavians spent the last 3 years and $11 billion to develop. Best part is, this beautiful luxury SUV is coming here to the Philippines.

This is the first of many Volvos that will be built on the brand's new Scalable Product Architecture (SPA) technology. That means all of the XC90's design direction, technologies, and chassis layout will make it into their future models.

The most obvious change is the more prominent 'iron mark logo' whose arrow is now aligned with the grille's signature diagonal slash. Meanwhile, the T-shaped LED daytime running lights is supposed to mimic Thor's hammer based on Nordic mythology (or Marvel Universe depending on your preference). But the real story here is how Volvo managed to transform the mundane-looking XC90 into a beautiful, elegant, and luxurious SUV.

If you're familiar with the old model, most of its distinguishable character lines and silhouette are still there. But this all-new model looks so much better. 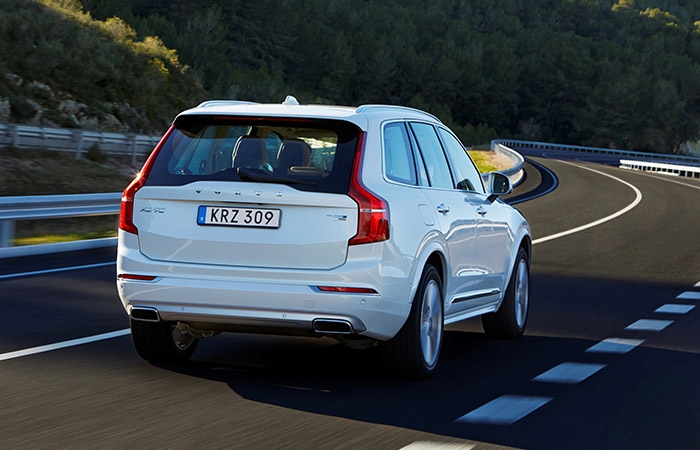 As for the interior, Volvo wants everyone to know that the XC90 is the “epitome of Scandinavian luxury.” The seats are covered in beautiful soft leather and panels decorated with finely-crafted wood. And instead of a 2nd row bench, it has 3 individual seat cushions that make it a true 7-seater. The 3rd row is also said to fit passengers of up to 5'7” tall comfortably.

Going completely overboard in the luxury department, the all-new XC90's gear lever, start/stop button, and volume control are all made from diamond-cut crystal glass.

But the most striking feature is the huge tablet-like touch screen that sits on the dashboard. This system replaces all the knobs and buttons, giving access to the infotainment system, navigation, A/C, and lovely 19-speaker 1,400 watt Bowers & Wilkins sound system. 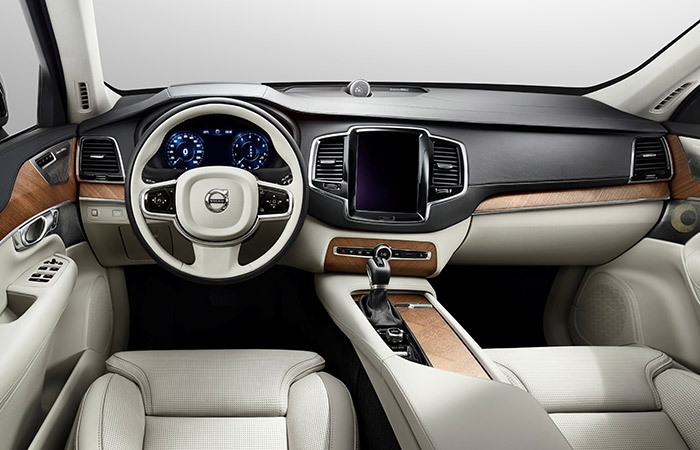 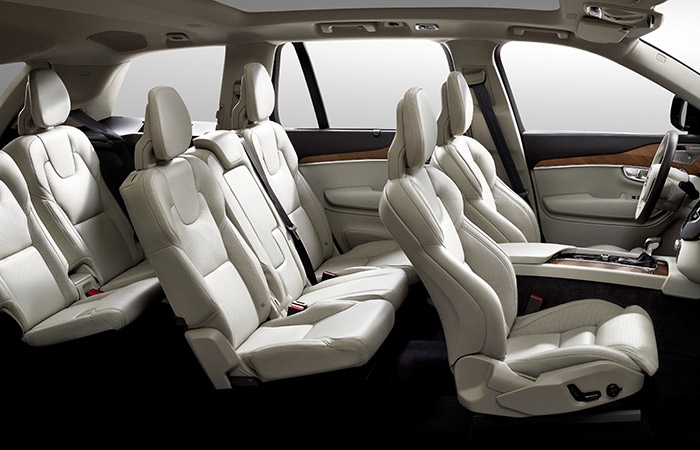 Adding to the long list of innovations of the all-new XC90 is the Twin Engine plug-in hybrid system. This combines a 2.0L 4-cylinder supercharged and turbocharged gasoline engine with an electric motor to produce 400 hp. Sadly, that won't be available in the Philippines. Instead, we'll be getting the non-hybrid T6 version that “only” has 320 hp at the crank.

There is also a diesel option that comes in the form of a 2.0L 4-cylinder twin turbo with 225 hp and 470 Nm of torque. Both are mated to an 8-speed Geartronic automatic transmission and come with all-wheel-drive.

It being a Volvo, the all-new XC90 is packed with the most comprehensive safety features currently available in the market. It has City Safety, Adaptive Cruise Control with Pilot Assist, Park Assist Pilot, and 2 new innovations: Run-off Protection Package and Auto Brake at Intersection.

If you want one, the Scandinavian Motors Corporation, the authorized importer and distributor of Volvo Cars in the Philippines, will begin offering the all-new XC90 sometime soon. How soon? Honestly, we don't know and they won't tell us when. But when it does, expect pricing to be anywhere between P4.0 to 5.0 million.

For full specs and details of the Volvo XC90, visit the AutoDeal Car Guide.