Volvo’s XC60 is hailed as the best performing large off-roader and the car with best overall performance in the 2017 Euro NCAP Best in Class safety awards. This program indicates which vehicles have performed better than their competitors launched in the same year, assessing four areas: adult occupant, child occupant, pedestrian, and safety assist.

Related: Volvo to supply Uber with up to 24,000 autonomous cars 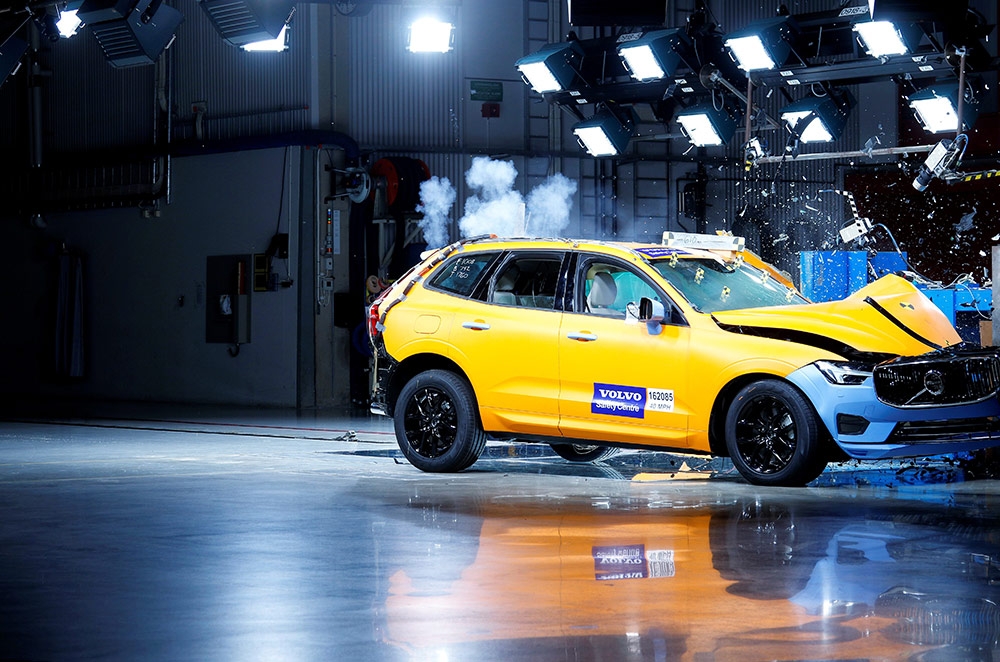 “Our vision is that by 2020 no one should be killed or seriously injured in a new Volvo car. The achievements of the XC60 are examples of our commitment to developing the latest safety and support systems as we strive towards that vision.”
Malin Ekholm
Vice President of Volvo Cars Safety Centre

Adding credibility to the brand, the XC60, S90, and V90 take over the top spot in Euro NCAP’s Autonomous Emergency Braking System (AEB) test. The three Volvo cars are the only automobiles to achieve perfect scores in all AEB categories including AEB City, AEB Inter-Urban and AEB Pedestrian.

Well, this is not the first time Volvo Cars reigned the Euro NCAP’s safety award. In fact, Volvo Cars’ XC90 also bagged the same award in 2015, while the Volvo V40 model secured a place in the Small Family class.

The 2017 Euro NCAP awards is the new addition to the list of accomplishments of the XC60. It has recently named as Japan’s 2017-18 Car of the Year, UK’s 2017 Car Tech Awards for Best Safest Car, Best Safety Technology, and was hailed as the Luxury SUV of the Year in the UK’s Professional Driver 2017 Car of the Year awards.