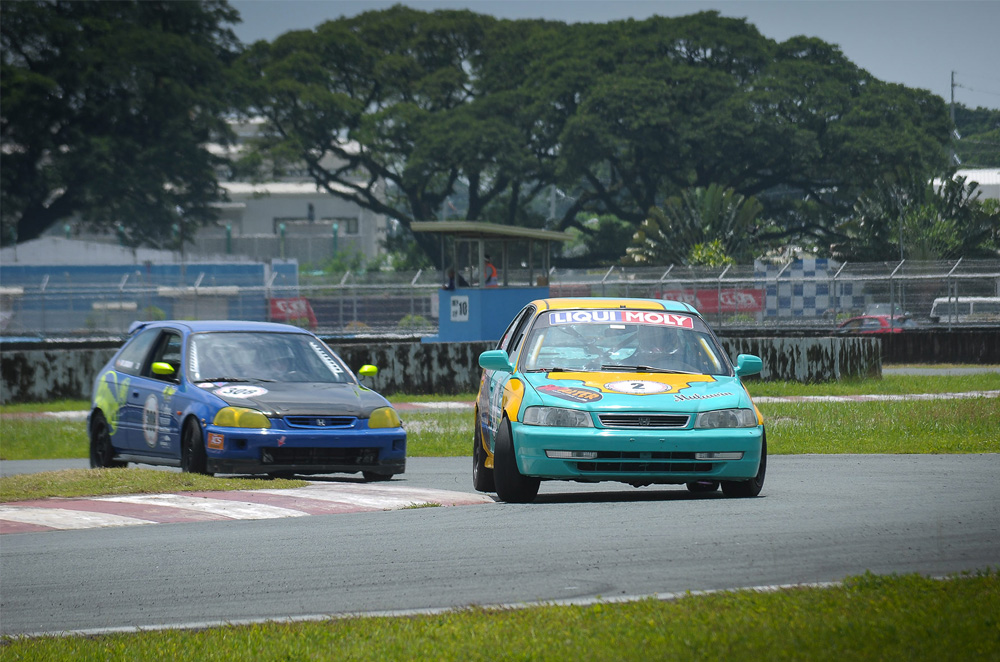 Another adrenaline-filled racing action was seen last August 30, 2015 at the Clark International Speedway (CIS). It was Walter Zamora who came out as the big winner during the 4th round of the Yokohama Philippine GT Championship.

There were 9 cars on the grid. These included GT300’s lone racer Willie Torres, GT200’s Paolo Mantolino, and GT100’s Edwin Rodriguez aboard his new Mazda 2 SKYACTIV race car. Although GT300’s Dondon Portugal, GT200’s Richmon Dela Rosa, and GT150’s Patrick Dela Rosa failed to show up, the race weekend was still brimming with action. And it all started with the morning’s 9-lap Sprint Race.

Right off the bat, Willie Torres floored it to victory, leaving a considerable gap ahead of the pack and completing all 9 laps in 20:20.690. But things were more intense down in the GT200 when Paolo Mantolino almost clinched 1st place, if not for a tire puncture which caused him to pit in with just a few laps to go. This led to Walter Zamora’s race 1 victory.

In the GT150, NR Joaquin beat Dindo De Jesus in a head-to-head battle down the finish line. Meanwhile in the GT100, in spite of a lap 5 collision with Edwin Rodriguez, Ivan Diaz emerged as the winner. Unfortunately, Rodriguez’ car was left with heavy damage, forcing him to retire. This allowed Joginder “King” Sin to take home 2nd and Rhaffy Latorre 3rd. 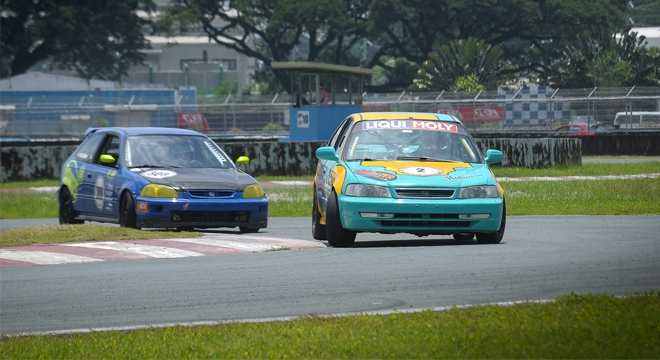 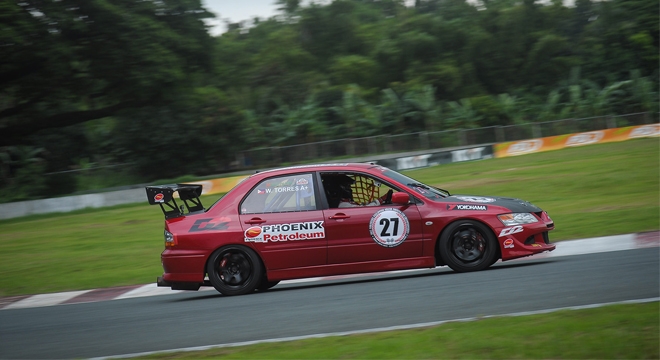 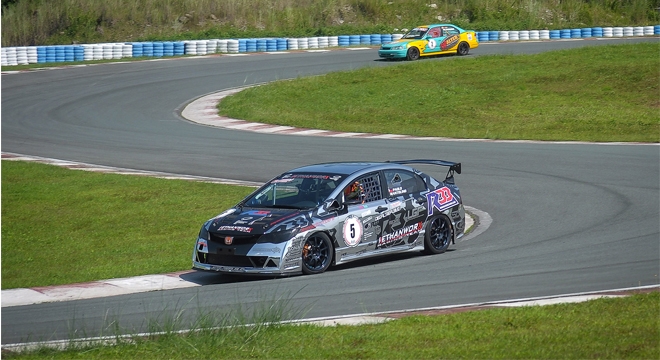 During the afternoon’s 15-lap GT Race, the rain started to pour leaving the track with decreased visibility and slippery surfaces. But this only served as a backdrop for Torres as he finished the race in style aboard his Mitsubishi Lancer Evo VIII. However, he was stripped off his victory after the race due to technical issues. This same scenario also hounded Mantolino in the GT200, thus giving the win to Zamora.

In the GT150, the rain took its toll on Joaquin as he spun out and suffered a sudden power loss. This gave De Jesus the victory.

Lastly in the GT100, there was drama following Diaz’ victory number 2. Sin’s car went off into the gravel early on in the race. Meanwhile, having already fined with a 30-second penalty because of a jumpstart violation, Latorre soon suffered a blown tire which made him complete just 6 laps. Lastly, due to his car failing the dyno test, Rodriguez was disqualified after the race.

As the race weekend continued, there were other races sharing the action. In the Philminiracers Classic Mini Cup, Jason Choachuy, Rick Jason De Guzman, and Rodney Caballero finished 1st, 2nd, and 3rd, respectively in the Pre Final. However, due to the increasing dangerous weather condition, the final race had to be stopped.

Meanwhile, Dexter Daquigan took 1st place in the Classic Aspirated Cup's Pre Final. He was followed closely behind by Fil Gulfin, and Raffy Locson in 3rd. They also finished at exactly the same order during the Final Race.

In the Sparco Bracket Race, Dominic Bon clinched 1st place, ahead of Emerson Ocampo in 2nd and Dion Ortiz in 3rd. The Grid Race, however, was halted due to the bad weather.

The 2015 Philippine GT Championship heads to the Batangas Racing Circuit (BRC) on September 26/27 for the penultimate round. The races are sanctioned by the Automobile Association Philippines (AAP), sponsored by Yokohama Tires Sales Philippines, Inc., Sparco, and Aguila Auto Glass, with support from the official dyno provider, Speedlab.