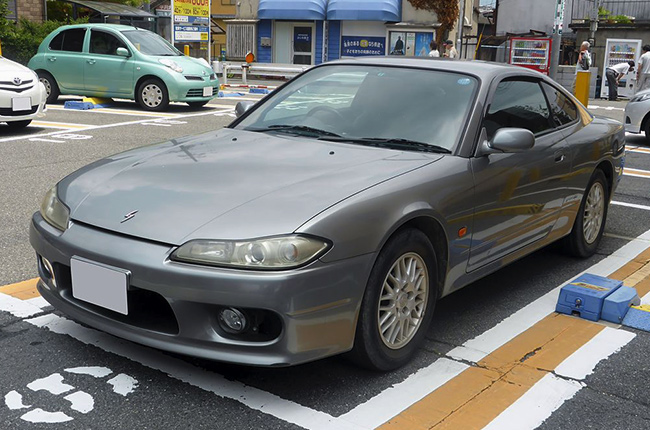 When it comes to iconic Japanese sports cars, you'd get a handful nameplates that—even up to now—still exist. While some were lucky enough to be living and running today, notable names have already met the end of their production cycles. Included with the latter is the Nissan Silvia, a nobility in the Japanese Domestic Market (JDM) scene.

What was the story behind the Nissan Silvia? Why is it called that way? Well, we just found a video by Cars Evolution on YouTube, showing a brief history of the great Japanese sports car and we're more than willing to share it with you. But, before everything else, here are some things you should know about the Silvia.

It all started out as a meticulously, hand-built-to-perfection coupe based on the Fairlady convertible. It was originally named as the Datsun Coupe 1500 with styling inputs from German car designer Count Alabrecht Graf von Schlitz genannt von Goertz von Wrisberg. The car was then renamed as the Silvia CSP311, marking the history of a legend.

If you’re thinking that it’s always a sunny day for the Silvia nameplate, realistically speaking, it was not. Although the nameplate is popular among JDM fans then and nowadays, there were certain models that flopped. One of these is the S110 (Gazelle in Japan), which promised to carry a rotary engine inspired by the Wankel success of Mazda. However, the resulting sample was unreliable so Nissan changed it to a twin-plug piston engine similar to those in the Z-series range.

Another model that became troublesome for Nissan’s Silvia nameplate was the S14. Due to the size and weight it gained compared to its predecessors, sales drastically dropped. This was due to the fact that bigger cars have pricier taxes in Japan. Good thing Nissan gave the Silvia a diet and the S14 got better – smaller to be precise.

Dying to watch the Nissan Silvia evolve? Here's the video from Cars Evolution.