Another historic car auction for the Chevrolet brand happened at the Barrett-Jackson auction house in Scottsdale, Arizona. A mid-engined Corvette C8 coupe under the lot number 3007 with VIN 001 was auctioned last January 18, 2020, for a record-breaking $3,000,000 which will all go to the Detroit Children’s Fund, particularly aimed at improving schools in Detroit City.

It’s the second-most expensive Corvette ever sold and commands nearly three times the price of the usual for-charity VIN 001 auction. Previously, the first production Corvette C7 was sold for $1,100,000. The model in question marked a significant update over the C6-generation sports cars from General Motors, but this time around, the C8 is an even bigger leap, which perhaps explains the near-tripling of the auction value. 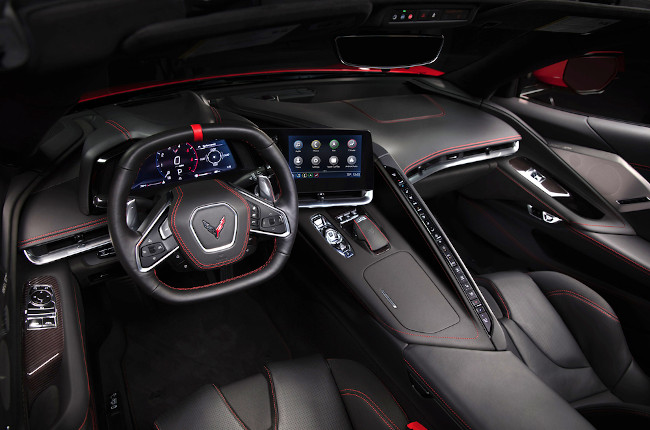 The C8 Corvette is a historic model in the GM-brand’s lineup since it is the first-ever mid-engined coupe from the American performance car manufacturer. The model sold at auction was in the 3LT trim, which includes all the features that Chevrolet can bundle with a brand new C8. GT2 seats clad in black with red trim and red seatbelts, a removable roof panel, a rear spoiler, and the Z51 performance package with a performance data recorder.

With a net price of $59,995 for a base model Corvette, you can buy VIN 002 all the way to VIN 0051 for the same price as VIN 001, assuming that the next 50 are all base models. You can just about double the base price if you opt for a model with all the options, but that VIN 001 is around 25 times more expensive still.

Perhaps the included museum tour, unique artwork, and letter of authenticity would justify the price. Perhaps helping people by buying a car ticks all the right boxes for a man such as Rick Hendrick, CEO of Hendrick Companies. Philanthropy and enthusiasm went hand in hand.

"I am the number one Corvette junkie in the world,” said Hendrick. "Thanks to Chevrolet and Barrett-Jackson, because they always pick charities that are so good and help so many people.”