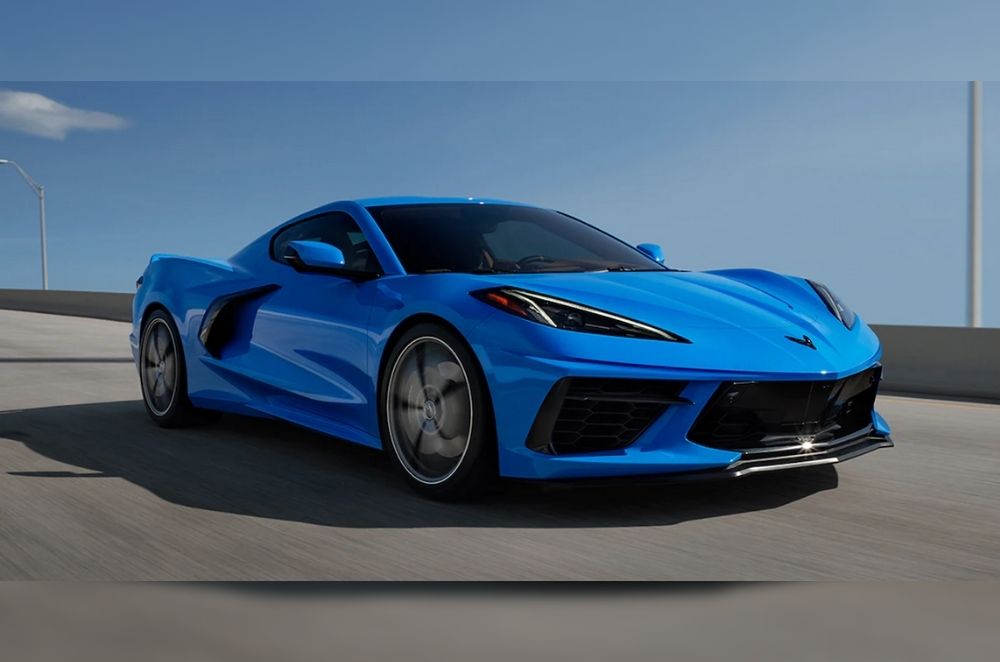 Are you looking for your next mid-engine sports coupe? Chevrolet Philippines may have your back. The Covenant Car Company Inc (TCCCI), which exclusively distributes Chevy vehicles locally, previously announced a 2021 release date for the Corvette C8.

TCCCI took its time with the Corvette, but after releasing the new Tracker and Trailblazer crossover, it has been quite the year for the American automaker. Now, fans won't have to wait for much longer to see the Corvette C8. Chevrolet Philippines has teased us with a photo of the sports coupe's logo on its Facebook page.

Was this a mistake or a deliberate teaser? It's difficult to say, as the photo didn't come with anything else. However, we can confirm that it is indeed the C8's logo due to the narrower design. The previous-generation C7 had a wider logo with a line underneath the fleur-de-lis.

A local dealership has supposedly been preparing to take orders for the new Corvette 3LT. Some reports have pegged the price at an eye-watering P9.9 million, but the exact figure remains to be determined. In any case, we can at least expect some things about what the car packs under the hood.

The Chevrolet Corvette C8 3LT features a 6.2-liter naturally aspirated V8 engine rated at 490 hp at 6,450 rpm and 630 Nm of torque at 5,150 rpm. That represents a marked improvement over the outgoing Stingray, as the new model gains about 40 hp and 10 Nm of torque. Chevy paired the powerful engine with a Tremec 8-speed dual-clutch transmission (DCT).

Of course, it wouldn't be a premium car without premium features. The Corvette C8 has an 8-inch infotainment system with Chevrolet's Infotainment 3 Plus. It also has a 14-speaker Bose audio system, Apple CarPlay, Android Auto, Bluetooth, and 4G hotspot capabilities. The 2022 Chevrolet Corvette C8 is set to arrive before the end of the year.