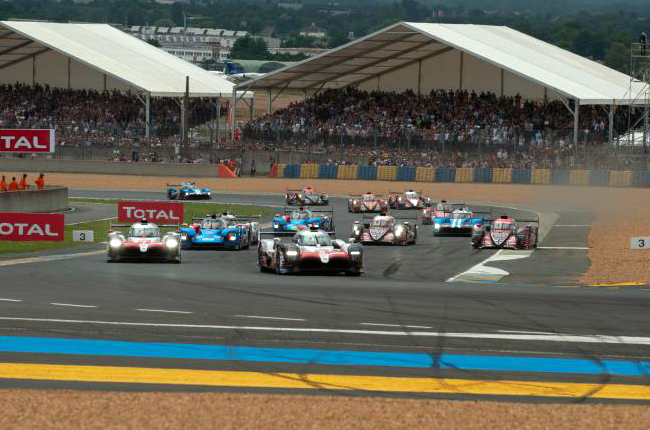 The 24 Hours of Le Mans is one of the most challenging endurance races in the world (probably only next to the 24 Hours of Nürburgring). With the many car manufacturers participating in it throughout its 89-year history such as Audi, Ferrari, Ford, Porsche, and more, we wondered - which brand has dominated the prestigious endurance race the most?

To help us answer this, we found a cool infographic showing us every winning car for each year since its inception in 1923.

In case you’re having a hard time finding out, allow us to break it down a little further and start with the car brand with the least wins in Le Mans. We’ve excluded the privateer teams since we’re just talking about the car brands. See it at the bottom of this article.

Alfa Romeo dominated in the early 1930s with four consecutive wins from 1931 to 1934. American carmaker Ford, on the other hand, made its mark from 1966 to 1969 when it fielded its GT40 race car for the sole purpose of beating Ferrari.

If you’re a Ferrari fan, this might come as a shock to you. Even with its 9 wins, the Prancing Horse isn’t the car manufacturer with the most wins in Le Mans despite its fame in motorsport. After winning it in 1949 with the 166 MM V12, it took the Italian marque another five years to finish first with the 375 Plus V12 in 1954, and four more years with the 250 TR58 V12 in 1958. It then took a couple of years before it mounted its five-year dominance in the Le Mans.

The last win of Porsche came at the hands of the team composed of Timo Bernhard, Brendon Hartley, and Earl Bamber driving the Porsche 919 Hybrid LMP1 race car. The trio crossed the finish line in first place after 367 laps or 5,001.8 km after the time limit.