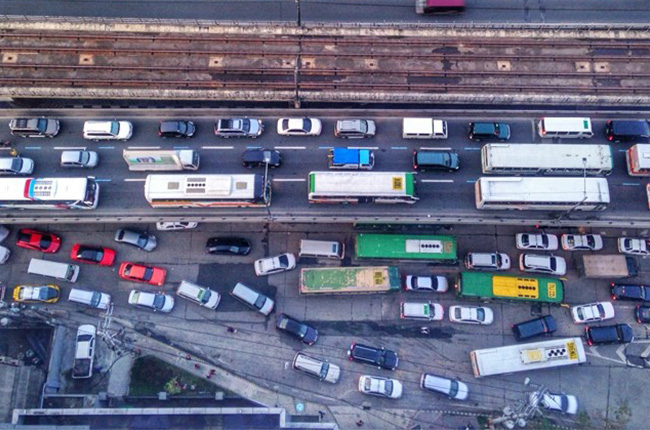 Looking around Metro Manila, it is a wonder that so many vehicles can find themselves crammed into this tiny area that most Filipinos tend to call home. Whether those vehicles are out and about on the road or parked on the streets, one may question, “how many of these things are there in the Philippines?”, and “and where can I go to find the most motorized carriages?”.

In an annual report published by the Land Transportation Office (LTO) a total of 11,595,434 vehicles were registered in 2018. The keener of you would attribute this to the excise tax phenomena, with autobuyers looking to save a few thousand pesos by buying at pre-excise tax prices. Going deeper into the report reveals that the National Capital Region (NCR) is home to the most cars in the country. It’s a shocking revelation we know. It is good to note is that NCR is also the most densely populated area in the Philippines, hence it comes as no surprise that the region has the most vehicles per square kilometer than any other region. With 2,792,936 total vehicles registered in by 2018, it goes to show that with more people, come more vehicles to register.

Coming in second place is Region IV-A or the CALABARZON region. Provinces such as Cavite, Laguna, Batangas, Rizal, and Quezon make up this region. The region is home to 1,515,031 motor vehicles at the end of 2018. It is still amazing to think that Metro Manila alone has almost double the vehicles that this region has. After the second place, the numbers follow more closely.

As we can see in the third, we have Region III or Central Luzon. This region is composed of seven provinces and is nestled in the vast plains of the island of Luzon. Provinces like Aurora, Bataan, Bulacan, Nueva Ecija, Pampanga, Tarlac, and Zambales make up the region. Motor vehicles registered in this area amount to 1,345,319 total. Around 200,000 vehicles shy of second place.

To put things into perspective and to give you an idea of how these numbers reflect in the real world, it is important to take into account land area as well. Coming in at 619.57 square kilometers, NCR has a density of 4,508 vehicles per square kilometer of land area. The other regions are blessed with less population density due to their massive land areas. The CALABARZON region has 16,873.31 square kilometers of space, which means that it only has around 90 vehicles for every square kilometer. A world of difference between Metro Manila and the province.

As for Region III, Central Luzon has a land area of 22,014.63 and has 1,345,319 vehicles registered in the area. This brings the density to about 61 vehicles per square kilometer. Imagine having to fit over four thousand vehicles into a square kilometer.

These days traffic in Metro Manila is as bad as it gets, and this pretty much sums it up a little.