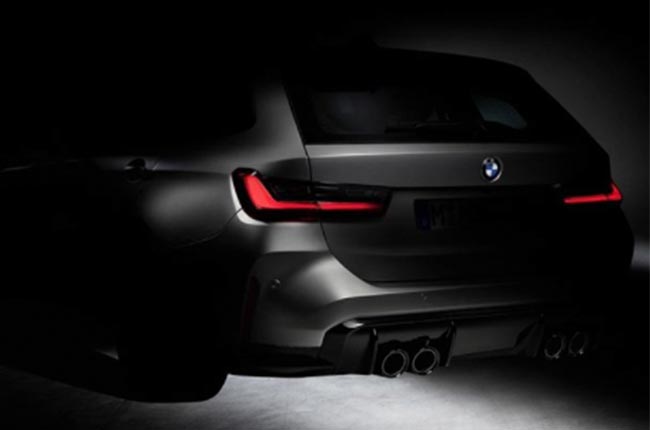 BMW on its official Instagram account has released a teaser photo for its supposedly upcoming BMW M3 Touring Wagon. Along with the image, the German automaker also decided to add two choice words with it, “Mic Drop”. A rather powerful statement to address the rumors of the highly anticipated vehicle.

While the teaser image does not reveal too much it does give us a look at the wagon’s rear. The vehicle comes with a set of dual-tip quad exhausts and a new diffuser that helps set it apart from the BMW 3-series touring. It also comes with a new set of L-shaped taillights that will also be found on its sedan sibling.

While not confirmed yet by the automaker, the M3 Touring will likely come with the same engine options that are found in the upcoming M3 sedan as well. The regular variant of the vehicle is said to come with a twin-turbo 3.0-liter inline-six motor that produces 473hp and 599 Nm of torque. The competition of the wagon will allegedly come with 503hp and will be available as either a rear-wheel-drive or as an all-wheel-drive vehicle. Those who like the shift gears themselves will be happy to know that a manual transmission is being offered for the wagon. While the front of the vehicle was not shown in the teaser photo we expect it to have the same new large kidney grilles that are seen on the 2021 4-series. Love it or hate it the new grille design might be here to stay for BMW’s newer models.

There is no release date yet for the wagon version of the M3, however, the sedan version along with the M4 models will be unveiled next month. With that in mind, we expect the M3 Touring to make its official debut in 2021 or in early 2022 at the latest.