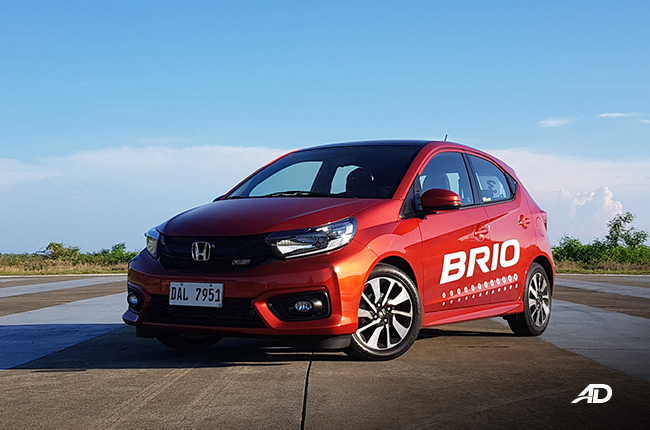 After a bit of a hiatus, and a lot of teasing, Honda finally came through and gave us its 2019 Brio. With 150 total units sold in the first week of its launch, maybe the little break was all worth it.

Trust us. It was. 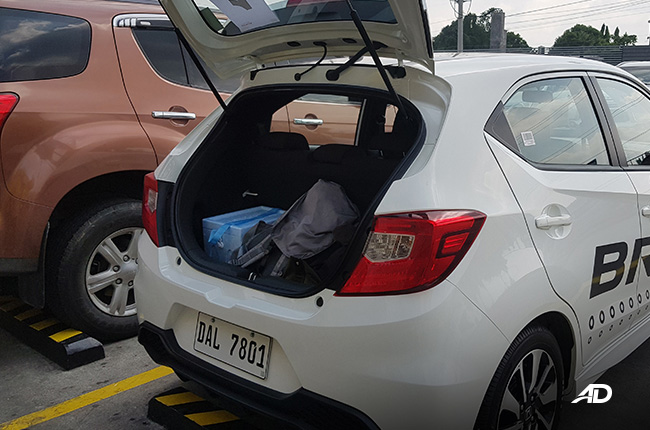 As Honda handed the keys of a brand new Brio RS in Taffeta White to us, we couldn't help but feel excited because this small car is a looker even when parked. The RS black top trim was a little stunner. To us at least, it is an attractive small car with modern angles and charming proportions. The front and the rear are handsome, as well as its side profile, thanks in part to the rear diffuser and front grille coupled with a spoiler to give this car a touch of sportiness

The cabin itself was spacious. Keeping in mind that this is a small car however, it did not feel like a compromise in terms of space. Leg room was good and the seats, though somewhat lacking in its bolstering, was comfortable enough for the journey. The 8-inch touchscreen head unit with Bluetooth, mated to the 6-speaker audio system was a valuable companion to us throughout the entire drive. To preface the performance of the engine, we didn't need to turn off the aircon for that extra bit of performance even on the uphill to Baguio.

The city slicker in the city. We ended up taking EDSA to start our trip right. This is where the Brio would likely end up when it reaches the hands of its owners. With small wheels, and a relatively high stance, the subcompact was able to take on most potholes on the major thoroughfare with no problems. As we rolled on the rougher parts however, what got us was the build quality of the whole car since there was little to no rattling or vibrations.

It was very comfortable, surprisingly so. We couldn’t help but compare it with a bigger subcompact from Honda, the Jazz. Though it has a lot of good going for it, one small quirk we found was the lack of throttle response and the amount of brake pedal travel before we got a satisfying bite. The 1.2L engine proved itself on the road, going up to city speeds on a matter of a few well timed throttle inputs. Even at the lower end of the rev range the CVT transmission didn’t feel like it was confused – aside from the small bit of lag from the pedal itself. With all being said, our fuel economy was pegged at 10 km/L within the mercy of city traffic.

Small car on the highway? 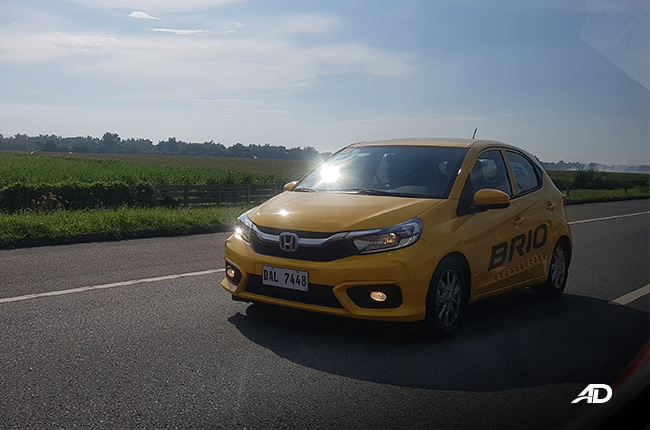 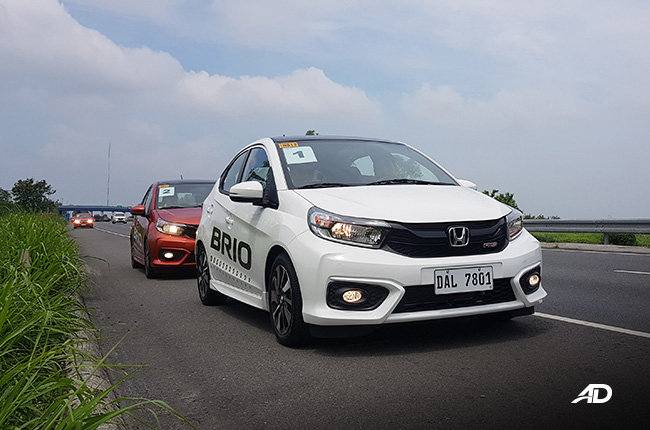 Now, we would like to mention how great the Brio is on the highway. It isn’t a GT car that’s for sure, but the level of refinement that we initially felt sitting in the car extended to the highway. Don’t get us wrong, at lower speeds the 1.2L L-series engine is a capable little performer, but remember that the story changes once you need to break the 80 km/h mark on your speedometer. You do have to be more insistent with your throttle inputs. This netted us a fuel economy figure of 18 km/L semi-spirited driving.

Getting up to a respectable speed didn't take too long. Merging onto the highway and matching speed was just a matter of stabbing the throttle. What really got us was the lack of any wind noise that creeps into the cabin of cars of lesser build quality. Engine noise was kept to a minimum as well because once we were relegated to maintaining our speed, the transmission kept the engine speed low. The result is a surprisingly quiet and comfortable ride. There was not a lot of drone from the 1.2L and wind noise was very negligible. Only road noise was noticeable in this instance, but even then it was a non issue because it was tolerable; borderline negligible.

Can it Baguio? Yes it can. 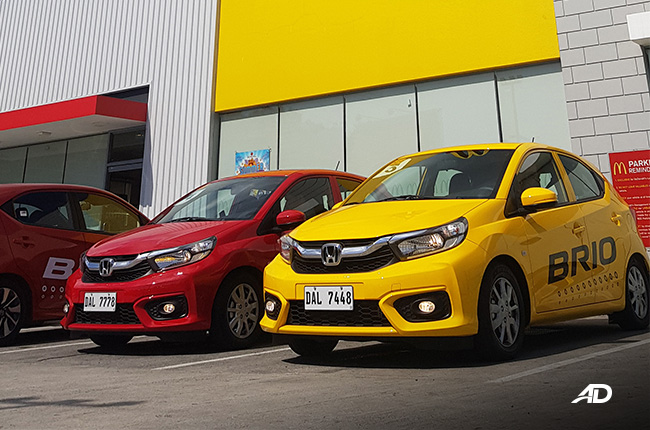 Like on the highway, when the incline gets steep the engine makes a bit more noise. In the corners the little light car made easy work carving the canyons. Safe to say, even with a loaded cabin, it will manage just fine. The new platform that the Brio is based on gives you a sense of confidence to turn the wheel.

Starting at P585,000, the Brio remains a formidable force in its segment. It offers a good feature set that is par for the course in its segment. It could use a backup sensor system though. Being one of the more powerful cars in its class, it couples that with the solid sound insulation and a quiet engine.

It's solidly built, and it is a car that can take you almost anywhere except for the trail. While the feature set isn't anemic, it is enough for your everyday needs. It'll be comfortable and well put together, the hallmark of Honda's experience with its small subcompact vehicles. 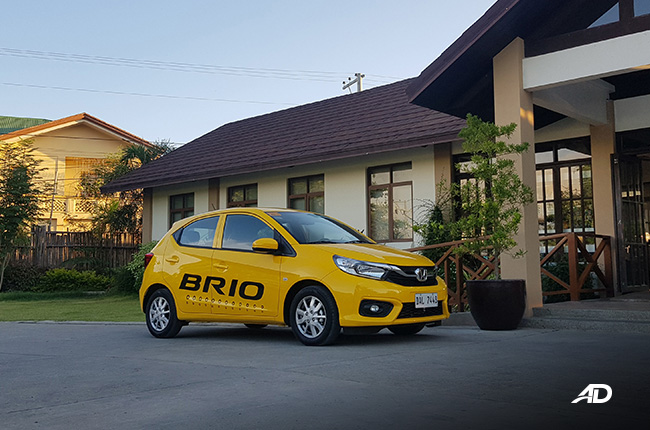 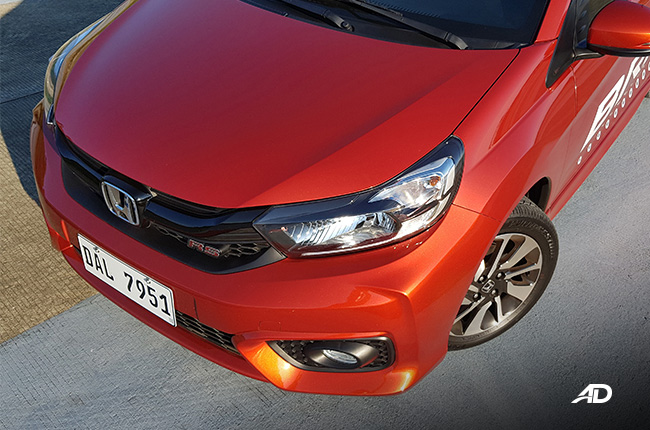 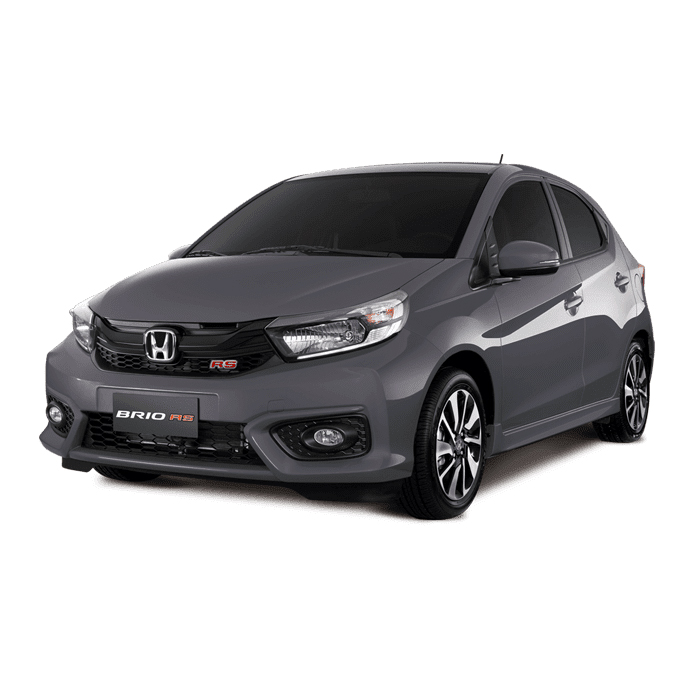 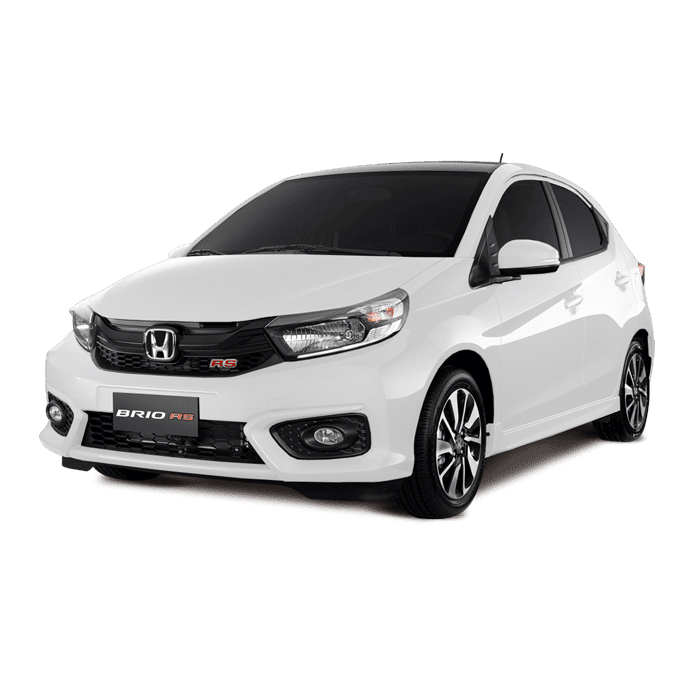 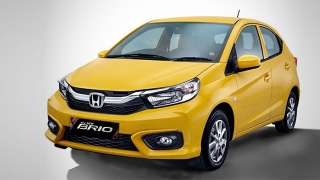