The Philippines is a family-centric country – that’s a fact. We want to be able to bring our kin around with us wherever we go. With that, seven-seater vehicles are all the rage here, along with bigger vans and minivans that offer more passenger capacity.

Enter the Maxus G10 – a new name that was officially launched this year. It is a European minivan with a variant that has a PWD seat ready to bring back mobility to your movement-impaired family members.

As one of the newest nameplates to have entered our shores, how does the Maxus G10 stand out in a sea of family vehicles that are currently being offered? Here’s our full review. The Maxus G10 on the outside features a rather aggressive-looking front end with large headlights flanking either side. The vehicle itself is long. For those who aren’t yet used to longer vehicles, this might be a bit of a challenge to adapt to but the vehicle has features to help you with its size. For starters, the greenhouse up front gives the driver a good frontal view but the A-pillars do impair vision a bit especially in tight situations.

A notable feature with the Maxus is the headlights. The minivan has projector halogens, not the best type out there but the execution here is excellent. The headlights have an exact cut-off of two and a half car lengths before fading. The spread is also notable as it extends up to one lane on either side of the minivan. The manually adjustable headlights are also a nice touch as it helps lower the throw of the headlights to avoid blinding oncoming vehicles. The G10 features seating for nine with leather-fabric being the material of choice for all seats. It presents itself as a more attainable Alphard on the interior, and while the premium materials aren’t present, the interior space is excellent. There are hard plastics throughout the cabin, especially on the dashboard and door sidings, but you won’t notice them once you’re riding or driving the vehicle.

A notable quirk with the dashboard controls is the signal light stalks. The stalks offer almost no resistance when changing lanes. Despite the lack of tactile feedback, it still gets the job done with no fuss. It's something you will get used to quickly and won’t really affect your day-to-day use of the vehicle.

The second and third rows of the vehicle have captain’s chairs that are comfortable enough, but space can get limiting on the third row. When the second-row occupants need more legroom, it will come at the cost of space for the third row. All captain’s seats, however, do have a slide and recline functions to make finding the ideal seating position easy. Each row also comes with an air vent mounted on the roof that gives each passenger their own access to air-conditioning. These vents are also paired with reading lights.

With all the seats up, the G10's cargo space is limited. The fourth row can be tumbled and folded up, however, it impedes on the space of the third row as the third-row captain’s chairs need to slide forward in order for the fourth row to fold completely. Plus, it has a high loading lip, which can be a challenge when loading and unloading heavy cargo. The leather-fabric material chosen for the seats gives the Maxus G10 a comfortable feel and durable look. The padding is just right and works well with the suspension to lessen the blow of road imperfections. Long rides aren't taxing, too. Even the fourth row is comfortable enough despite it having a bench seat. It does, however, have limited legroom and would be best suited for small children.

The rear five-link coil springs of the G10 makes the ride smooth for the rear passengers. Even when doing rather quick maneuvers, the rear suspension does well in mitigating body roll. The suspension also does a great job at dampening out road imperfections as well. Aside from making uneven road surfaces bearable, the setup makes the minivan feel agile despite its size. Right in the middle of the G10’s dashboard is a 7-inch infotainment system. While the user interface has a difficult learning curve, it becomes easier to use with time. The Bluetooth system of the head unit pairs quickly with your phone and maintains the connection even with signal interference.

The climate controls are easy to use even with the dull feedback from the buttons. The temperature knob clicks place easily and the small LCD display for the temperature works seamlessly without lag. The second row of the G10 also features secondary controls for the temperature and fan speed mounted on the roof. Although, a lockout system can be employed so only the driver and front passenger have control of the air conditioning and heating.

Surprisingly, the G10 comes with a 220V outlet. In the traffic-riddled streets of Metro Manila, it is a useful feature as it can charge laptops and can even help you turn the vehicle into a mobile office if needed. This particular G10 media tester comes with the Assist PWD seat. Using the PWD seat is pretty easy as you just need to press one button for the seat to go in and out of the vehicle. It does, however, take some time – about 1 minute and 30 seconds to go out due to some kinks with the remote, and about 57 seconds for it to return into the vehicle. While the swivel seat is rather slow, it’s still a welcome feature especially for those with PWD family members who still want to get around. The Maxus G10 comes with ABS and EBD which are great for a people hauler of this size. The minivan also has proximity sensors that work even when the vehicle isn’t parking. The sensors work in tandem with the minivan’s backup camera, all making the vehicle a breeze to park. The extra set of eyes helps a lot especially in impossible parking situations and while navigating through tight streets.

Other safety features include 3-point seatbelts for all occupants of the vehicle. Airbags are present for the driver and front passenger, as well as side airbags. It also has ISOFIX anchors, perfect for those who want to bring children around. However, a notable feature lacking in the minivan is stability control, which is important to help control this hefty vehicle during emergency situations. The Maxus G10 handled well for a minivan of its size. It took twisties with ease and without much drama. One caveat though was the spongy brakes. I needed to press the pedal deeper in order to get the maximum stopping power.

The five-link coil spring rear suspension kept the vehicle stable. Even through high-speed corners, the rear stayed in check and didn’t easily step out of line. An odd feature of the vehicle that actually improved its handling was its tires. The Maxus G10 rode on commercial rated tires that are stiffer than your standard road-going types and are meant for heavy loads. Nevertheless, they didn’t take away from the handling of the minivan. In fact, they added to the vehicle’s comfort, taking more of the bumps and road imperfections before the suspension stepped in. The Maxus G10 was able to get 14 km/L on the highway at an average speed of 90 km/h – not bad for a vehicle of its size and shape. It is, after all, a minivan so you don’t really expect it to cut through the air like a hot knife through butter. In mixed conditions with the trip being half highway driving and half city crawls, the G10 was able to get a respectable 12.1 km/L. Where the G10 struggled the most was in bumper-to-bumper traffic. At a maximum speed of 8 km/h, the G10 was only able to get 6 km/L. If you’re looking for a well-equipped family vehicle, then the Maxus G10 is a choice you might want to consider. The G10's pricing, it presents itself as an excellent minivan for large families. Priced at P1,680,000 (P2,079,800 for the G10 Assist), you really can’t find another automatic minivan near its price point. The nearest competitors are near or above the P2-million mark, and those don't come with a remote-controlled swivelling seat for PWDs.

While it’s not the fastest or most powerful kid on the block, the G10's merits include ease of driving and features you wouldn’t find at this price point. It has its flaws, like the tight space at the back but overall, it's still a great family vehicle. It has all the features a growing family could want, including a comfortable ride that even the geriatrics would love. 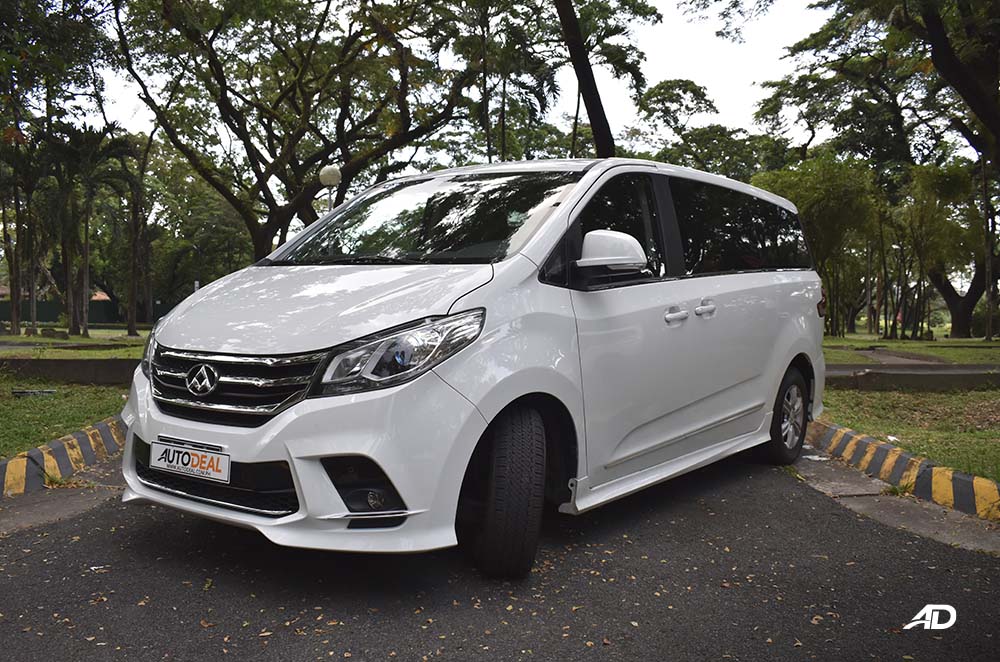 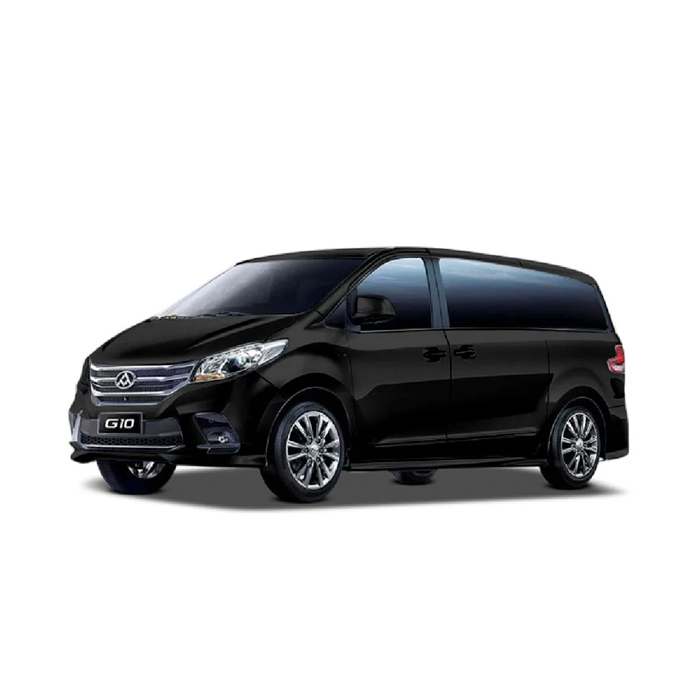 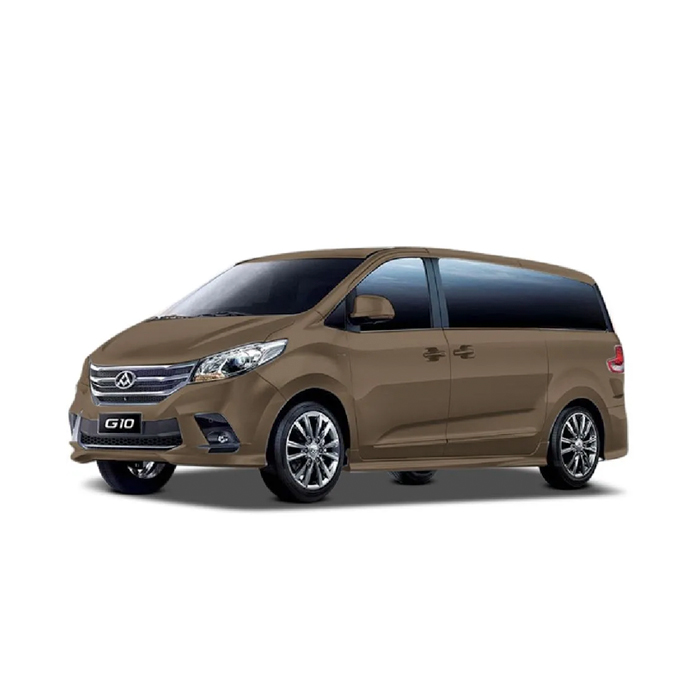