Expectations shouldn’t be high when it comes to updates in a facelifted model, and that holds true with the 2019 Mitsubishi Strada. The changes are enough to let you know that it’s a new model, but it kind of just inherited more than half of its predecessor in this regard, including the positive merits. As it stands, it follows the usual adage “if it ain’t broken, then why fix it.”

To give you an idea of what I’m talking about here, here’s a closer look at the facelifted Mitsubishi Strada’s interior amenities and cargo space, priced at P1,670,000 at the time of this review. What you will like: Huge cubbyholes and cupholders, soft seats, average creature wiggle room, above-average materials

If you’ve been inside the old Strada, the ambiance of the new one is pretty much the same. The materials used are of quality, plus ingress is easy while the wiggle room in the front cabin caters even to the tallest individuals. The seats are upholstered in soft leather, too, and so are the steering wheel, gear shift knob, and door cards, while the dashboard and other parts are covered with either polyurethane or soft plastics.

Rear cabin, on the other hand, is just on the average with enough room for two people standing at 5’8” and below. Three passengers can be a bit tight but still possible and easy with the non-obstructive transmission tunnel. You’ll also appreciate the cubbyholes and cupholders found all over the pickup’s cabin. They’re huge, which is quite convenient for those who bring a lot of stuff with them. Seat adjustment is electronic so finding your sweet spot would be easy, but the steering wheel’s not telescopic, so there’s that.

If there’s any gripe, that would be the extensive use of piano black plastics on key touchpoints. I couldn’t count how many times I had to clean them during the review period, and that didn’t even result in photos having rid of dust and lint.

Cargo: Not on the A-list 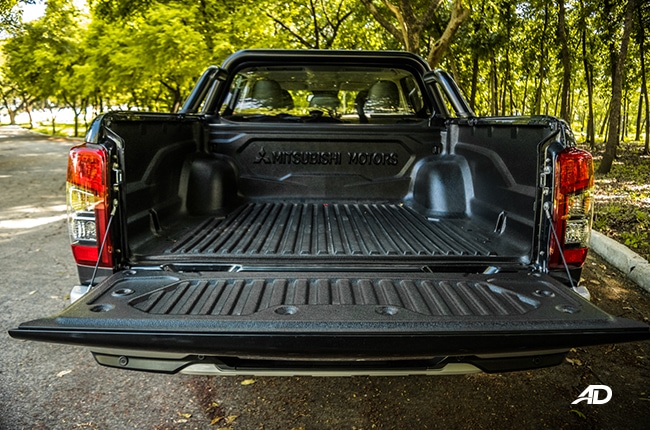 In the pickup truck class, the 2019 Strada remains as the bottom performer in terms of cargo bed space, meaning, it isn’t the first thing that comes to mind. With only 1,061 Liters to boot, it sits below the class leaders like the Chevrolet Colorado, Ford Ranger, Toyota Hilux, and even the Nissan Navara.

Payload capacity isn’t the best, too, as it can only carry up to 945 kilograms of weight. A bit disappointing if you consider other pickup trucks in its class that crosses over the 1-tonne payload category.

As a silver lining, the Strada comes with four tie hooks and roll bars for the range-topper, but it could have been better with a 12V socket. 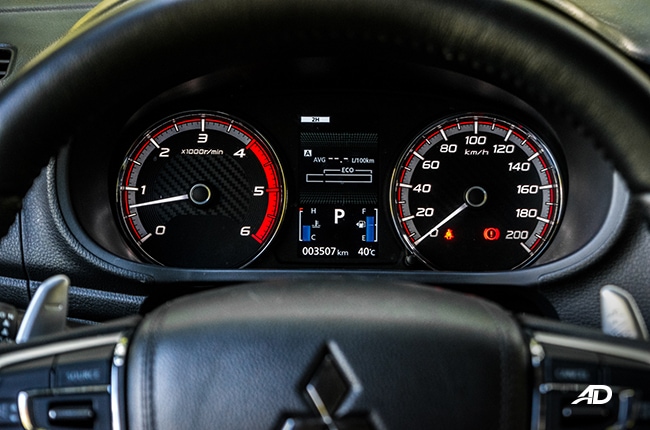 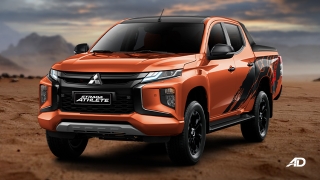