When Volkswagen launched the Santana sometime in 2018, its price point was its primary selling point. With a price tag below P700,000, the then sole manual transmission variant Santana was pegged to entice the patrons of the tightly-contested subcompact sedan segment in the Philippines.

However, not a lot of people are fond of stick shifts, especially those who use their cars for several hours amidst Metro Manila’s decaying traffic situation. Volkswagen knew the value of convenience and immediately brought in AT variants of the Santana, but they’re not without a setback – the price. With almost P300,000 premium over the manual variant, does the Santana AT provide the best value for your hard-earned money? Here’s a full review. 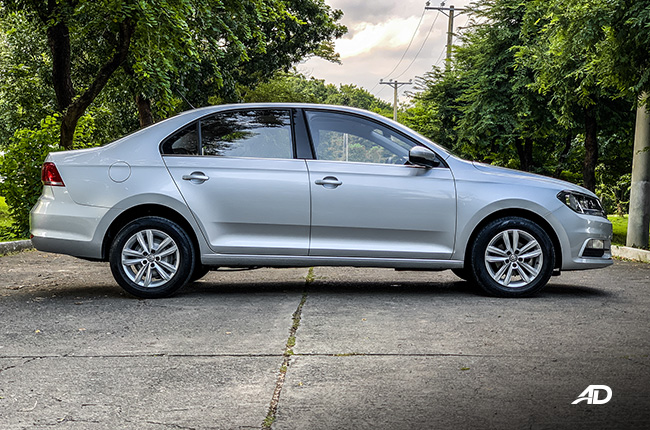 Straight lines and no BS styling – those were the first things I’ve noticed in the Santana, as with any other Volkswagen out there. Even with its price, the panel gaps are minimal and there’s a good thud when you close the heavy doors, which speaks of the car’s build quality.

The straightforward styling reminds me of a professor who goes to class just to impart knowledge; no mingling, ice breakers, or any extra-curricular frills that waste your time. For me, that’s a good thing because ten years from now, Volkswagen’s design will never grow old – just as long as they keep faith with this styling in its sedans, moving forward. 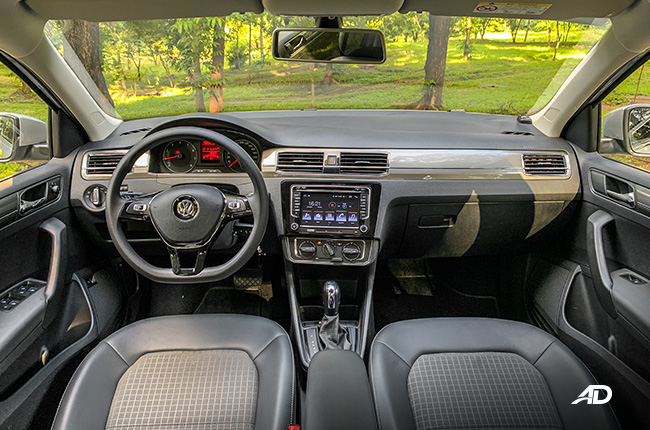 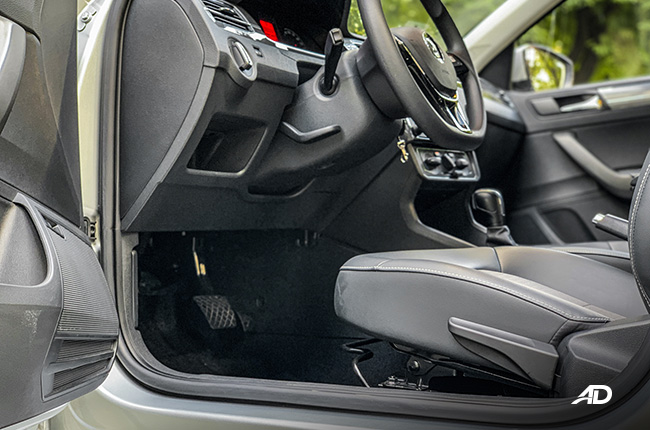 The straightforwardness of the Santana’s exterior transcends inside, filled with straight lines and ergonomically placed buttons. It’s obvious that Volkswagen chose function over form in designing the Santana, but one can’t deny that this layout is effective for the longevity of the model. Another one for longevity is the hard plastics found in the cabin. They’re durable, yes, but don’t expect them to feel premium at all.

It’s a different story for the seats, though. The leather-upholstered seats feel supple and the fabric inserts are good for easy cool down after baking the car under the sun for hours. My only gripe in terms of ergonomics would be the placement of the hand brake. The driver’s foldable armrest impedes your access to the lever, so that’s an extra step.

In any case, the range-topping Santana SE that I tested comes with a sunroof, which is a plus if that’s your thing. Space inside the Santana is pretty much expected – good for four healthy individuals but a squeeze for five. Finding a comfortable driving position’s a challenge at first without the telescopic steering wheel adjustment, but the height-adjuster kind of saves the day. The semi-reclined flat rear seats are okay for a long drive as knee-room was abundant, but occupants must brace themselves when tackling mountain passes. As for the trunk, it’s massive – one of the biggest in its class actually – and can accommodate a standard-sized child stroller and two weeks worth of groceries. Unfortunately, the rear backrests don’t fold for an expanded trunk volume.

The Santana’s air-conditioning unit works quite well unless you’ve left the car in a sunny parking lot then you’ll need 4-5 minutes before the cabin cools down. Nevertheless, the Santana’s independent front and rear suspension setup absorbs reasonable impact. You can also thank the tall tires that wrap around the 15-inch rims for that. NVH’s quite insulated, as well. I can’t say I’m not surprised with the Santana’s feature-set in comparison with its price point. Sure, exterior lighting could be better (headlamps and fog lamps are halogens while taillights are LEDs), but every thing’s power-assisted. To further add to the convenience, this top-of-the-line variant comes with intermittent rain-sensing wipers and auto start/stop, although I’m not really a fan of the latter. What I am a fan of is its cruise control, which makes for a stress-free drive on the highway.

The orange-lit multi-info display and gauges look kind of dated, though. What isn’t dated is the 7-inch Blaupunkt infotainment system that comes as a P31,000 option. It’s easy to use and pair up with your smartphone. It even has offline navigation, which is quite useful when you’re in areas where Waze won’t work. The speakers, however, sound below average so you might want to upgrade those if you want to maximize aural pleasure. 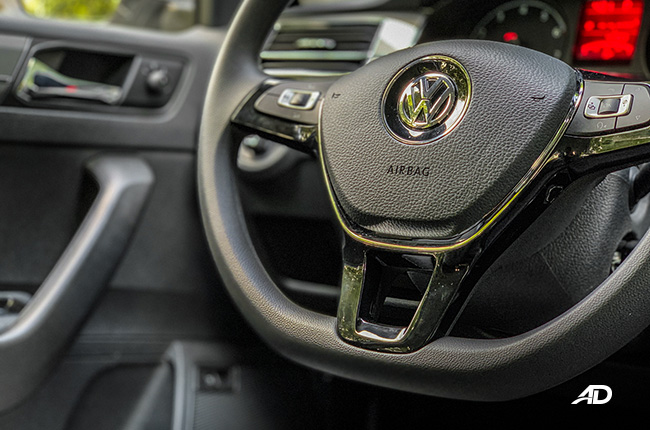 Along with the Santana’s above-average slew of tech toys comes an equally filled set of safety features. The range-topper gets dual front and side airbags, five 3-point seatbelts, ISOFIX child seat tethers, stability control, anti-slip regulator, and ABS. It doesn’t have a rear parking camera but there are sensors at the back to assist you with that. Apart from added features on the Santana AT variants, the biggest deviation from the base MT model is the bigger engine – a normally-aspirated 1.5-Liter multi-point fuel injection gasoline engine with BlueMotion technology, rated at 108 hp and 150 Nm torque. Up by 100cc in displacement, the bigger mill provides substantial pull while driving, so getting up to speeds wasn’t really an issue at all.

The Santana has a 6-speed conventional automatic transmission, which is another deviation from its class filled with CVT-powered cars and 4-speed automatics. The extra gears were useful in highway cruising as the engine was able to keep itself within 2,000 RPM at 90 km/h. There was a bit of a delay when downshifting but that’s fine since this car isn’t really meant for exhilarating runs.

Handling’s on the average, with a bit of understeer at speeds and lackluster of feedback from the ground. With that said, the Santana was a cinch to drive within the city, thanks largely to the electronically assisted power steering and wide driving visibility. Brakes, however, felt a bit mushy but not to a point where I felt unsafe. With more gears to plow on, the Santana captured notable fuel economy numbers during my tests. Within the city and amidst heavy rush hour traffic, I was able to get 8.8 km/L. Sunday drives at around 60 km/h read back 14.2 km/L while highway runs, with the cruise control nailed at 90 km/h, clocked in an impressive 21.5 km/L. The Santana MT that we tested before presented solid value for money because of its affordable price. The AT version, this Santana SE, has the same value proposition even with its higher price tag. At P962,000 (P993,000 with the Blaupunkt infotainment), it has all you’ll need for a comfortable daily drive plus you get to have features that other similarly subcompacts don’t.

Now, if you’re looking to buy your first Volkswagen – or your first car, for that matter – and you want the convenience of an automatic transmission, the Santana SE is an underrated choice. Or, you can go down a notch with the Santana S that offers tad fewer features but almost has the same ergonomics as the range-topper. 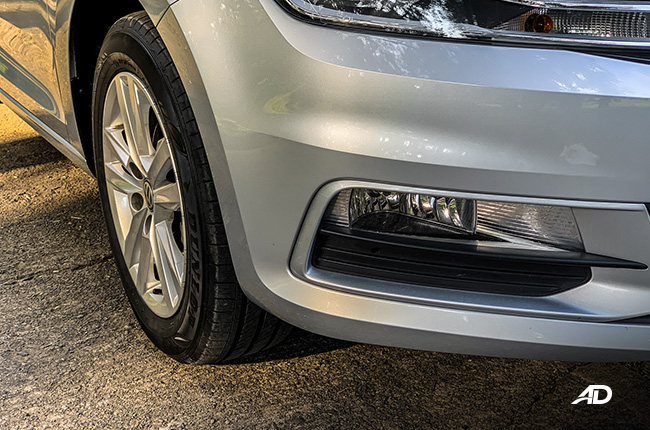 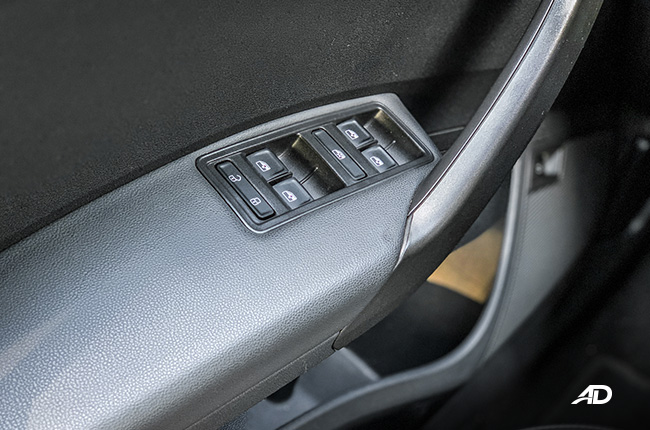 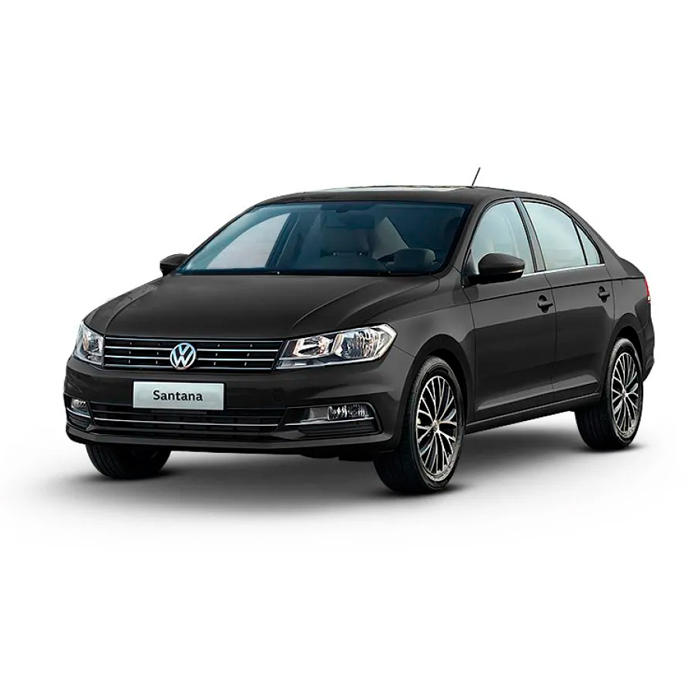 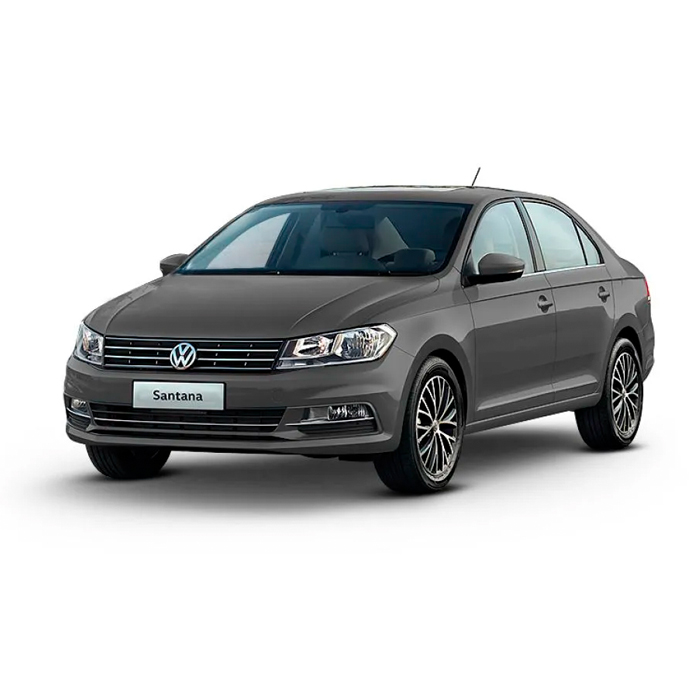 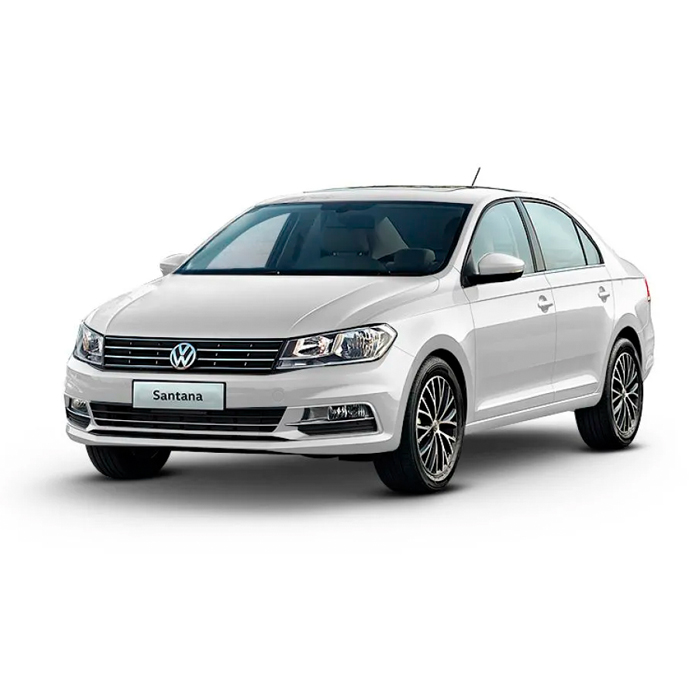 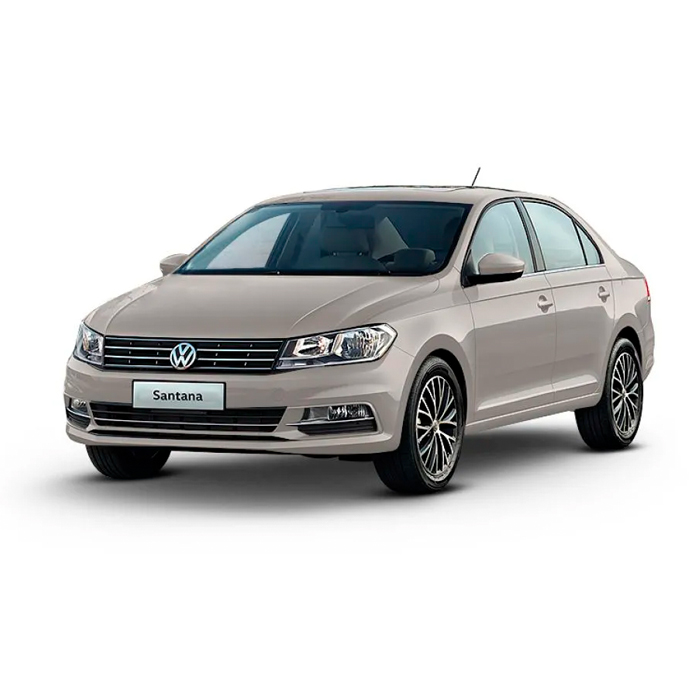 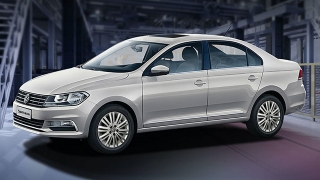 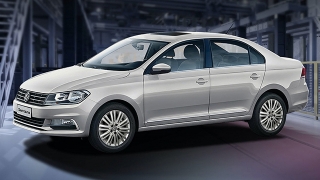