Subtlety was the name of the game when the 2017 Mazda 2 Sedan was announced, or noticed rather. It was first seen in Mazda’s ZoomFest and now, Caco had the chance to drive it all to himself on the open road.

There were slight improvements to the 2 both inside and outside. However, the most significant of them all was the addition of G-Vectoring Control. Now you might be wondering, what’s the catch with this updated model? Watch the video to find out. 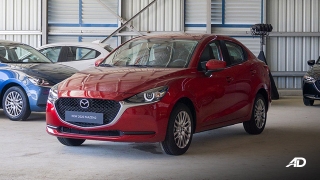