Some people hate the Beetle for its origins, but one can’t deny that it has its charm. It’s basic, bare bones, easy to repair, and relatively cheap. These factors were the reason why the first generation survived until 2003 when production ceased.

Now only in its third generation, the Bug continues this tradition of being a practical choice. But for those who want more flair in their ride, this Beetle Design TSI DSG might be for you. 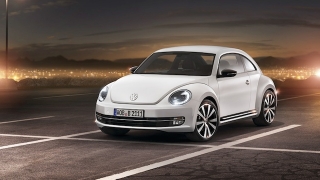