Humans, like every other species, are wired to survive. We eat, sleep, and drink for us to sustain our physical and mental strength. However, Subaru wanted to challenge that idea and see how far will a certain individual push the limits of human endurance. This is the 2017 Subaru Palm Challenge.

As an overview, the Palm Challenge is an endurance competition that has been running for 16 years now. This event is held annually at Ngee Ann City in Singapore with the grand prize of driving home a brand new Subaru. For this year, the competition had 400 contestants coming from different countries such as Singapore, Cambodia, China, Hong Kong, Malaysia, Taiwan, Thailand, Vietnam, and the Philippines. The Philippine team is composed of the following: The objective of the challenge is simple – all participants have to place the palm of their right hand onto the specified palm decals until one last challenger remains. In short, the Palm Challenge is a battle of will power, determination, strength, and focus. Combine all these ingredients, the competition showed how the participants pushed the limits of human endurance. In case you’re wondering, the challengers are spread out into 10 cars, with 40 participants per car. 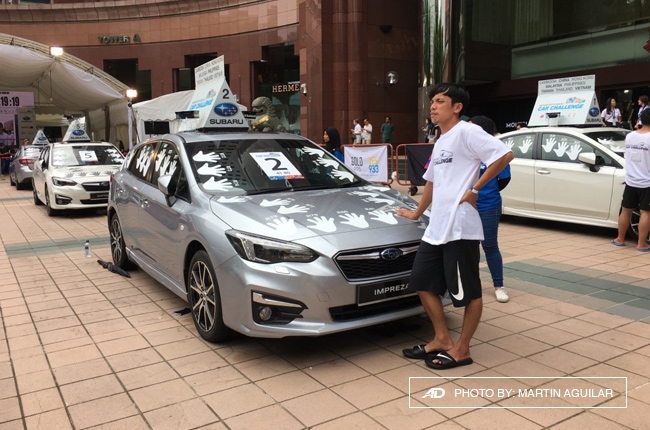 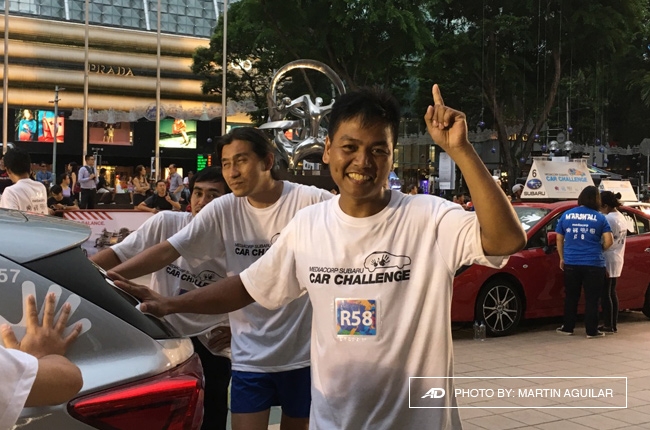 The top participants, including our very own Filmark Bernante (1st photo), Alex Neblasca (2nd photo), and Donn Michael Yap (3rd photo) were deprived from sleep for more than 3 days. They also stood still under the scorching sun and sudden downpour as well as fighting extreme muscle pain, and getting little amount of water and food. Now, imagine the determination that each challenger has – that takes a lot of focus, determination as well as physical and mental strength.

Filipino participants told us that sleep deprivation and mental fatigue could cause hallucinations. 35 year-old Carlo Talahib, a returning member of the Philippine team, recalled how he hallucinated while he was competing at the 2016 Palm Challenge. Talahib said that he saw his hands and arms turn into a big fried chicken (we’re assuming that it’s Jollibee Chicken Joy with extra gravy on the side). On the other hand, Juan Furiscal Jr. shared with us that he saw washing machines and mugs during the competition (maybe he’s a little excited to do some house chores). 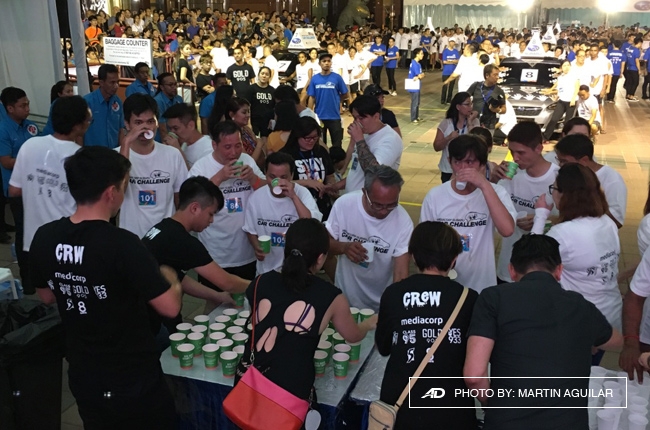 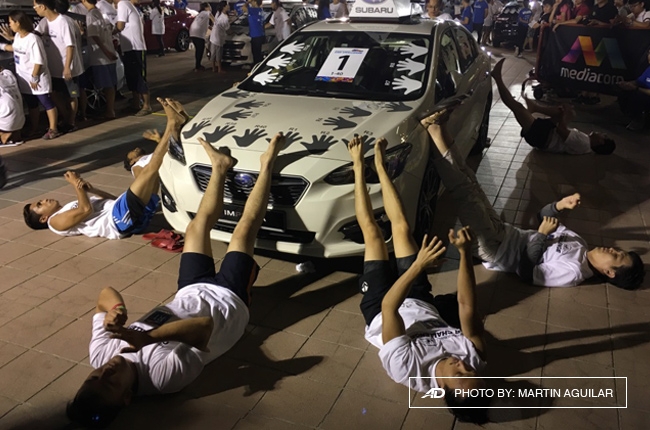 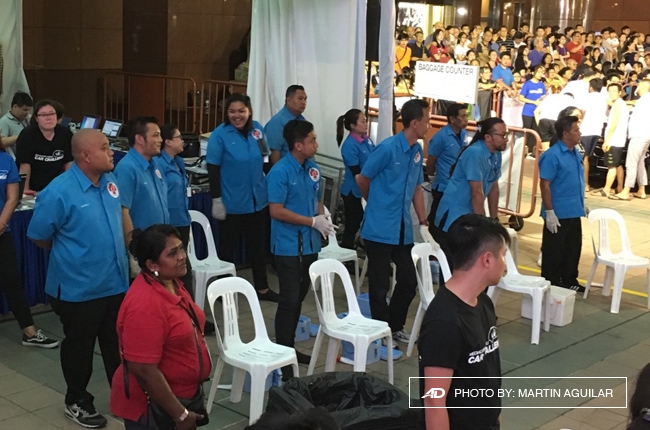 The participants were given a 5-minute break every 6 hours (7 a.m., 1 p.m., 7 p.m., and 1 a.m.). During the break, contestants can drink, eat, and even ask the medical staff for a massage or ointment for muscle pain. This is also the only time wherein the contestants can use the toilet to relieve themselves. In addition, 1 family member can go inside the competition area during the 5-minute break at 7 p.m. As such, we saw some of the participants being massaged by their family member. Others were given pep talks while some were just laughing at each other. One thing is for sure, the 5-minute break for every 6 hours was one of the driving force each contestant has. Why so? Well, for obvious reasons, this is the time that they can refresh their body and more importantly regain their mental focus. The last Filipino standing was Filmark Bernante, an IT Specialist and a 4-time Palm Challenge participant. He outlasted 8-time veteran Alex Neblasca, who was one of the favorites to win this year’s Palm Challenge. Neblasca tapped out due to intense muscle pain specifically on his legs, a dilemma that has been his problem year after year. Good thing, Bernante’s spirit didn’t weaken when the PH team leader Neblasca was eliminated. Instead, Bernante became more focused despite being in the competition for more than 72 hours. 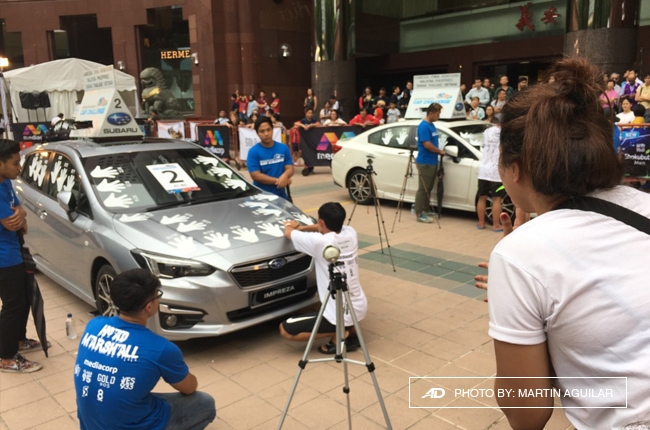 You also have to admire the support of Bernante’s wife as she relentlessly cheered for her husband. Bernante also got support from other Filipinos who were at the venue. They were shouting positive things to Bernante such as “kaya mo yan,” “kaunti na lang,” “kapit lang,” among others. Bernante finished 3rd overall with a time of 73 hours and 48 minutes. He walked away with 1,000 Singaporean Dollars (around P37,600). After being eliminated, we got the chance to see him at the Palm Challenge’s holding area. We thought that he’ll be exhausted and drained, but he smiled right away when he saw us and he even did some karate moves to prove that he’s 100% okay. The winner of the 2017 Palm Challenge was a 58-year-old Singaporean Abdul Hamid Jonid a.k.a. Kacang. This year was Kacang’s 10th time to compete at the Palm Challenge – his win was a decade in the making. Kacang posted a time of 74 hours and 15 minutes and he won brand new Subaru XV.

Clearly, the Subaru Palm Challenge is a competition that shows us the ability of how human beings adapt in order to survive. Standing still without sleep for more than 3 days is not an easy task. However, the participants of the Subaru Palm Challenge defied our common notion of human endurance by pushing it beyond the limit. How about you? Are you willing to endure all that for a brand new Subaru?