So the Ford Territory has been making waves in the Philippine automotive scene for quite a bit. Heck, we can’t stop seeing it around Metro Manila from time to time getting tested by who we believe to be Ford employees or even fellow automotive journalists. Either way, the compact crossover will be on sale by August 14, 2020, and it remains to be seen how great this crossover will actually be in the future, especially when the competition has already marked their territories – pun intended.

It is meant to slot above the EcoSport in the Ford lineup. With the landscape in the Philippines being what it is, many newcomers and established players have already made their mark and captured a portion of the market, so is the Ford Territory going to do well amidst the competition, and how does it stack up against the rest of the cars in the market as a compact crossover? 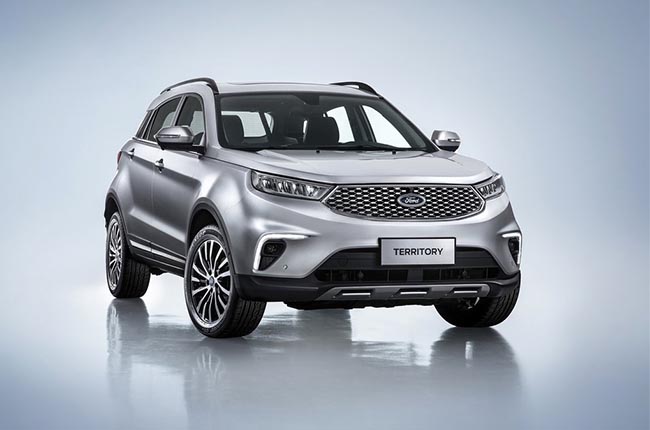 When we first saw photos of the Territory, we felt that it looked quite on-trend with the rest of the compact crossovers in the lineup. It has a strong presence about it, much like other competitors out in the market. It stacks up well in this area, and it was able to achieve a modest amount of success in the market that it was native to in 2019, selling 42,669 units last year.

This could be thanks to its good looks. We won’t deny that there is a bit of another brand in there somewhere and that there is a good helping of Ford’s style to make it stand out. Though it is more conventional, it could mean that it is something that will appeal to many which could explain its sales figures. 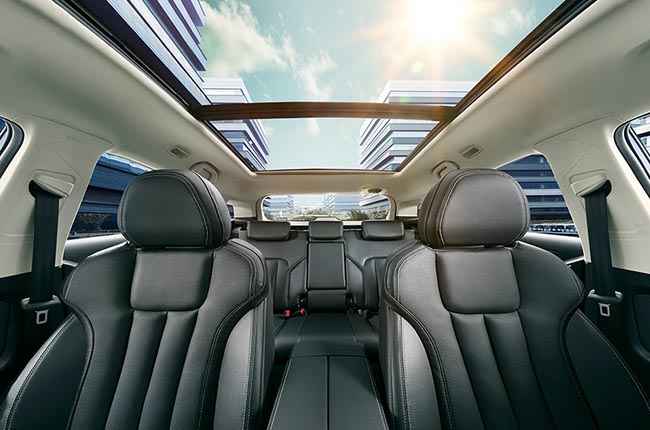 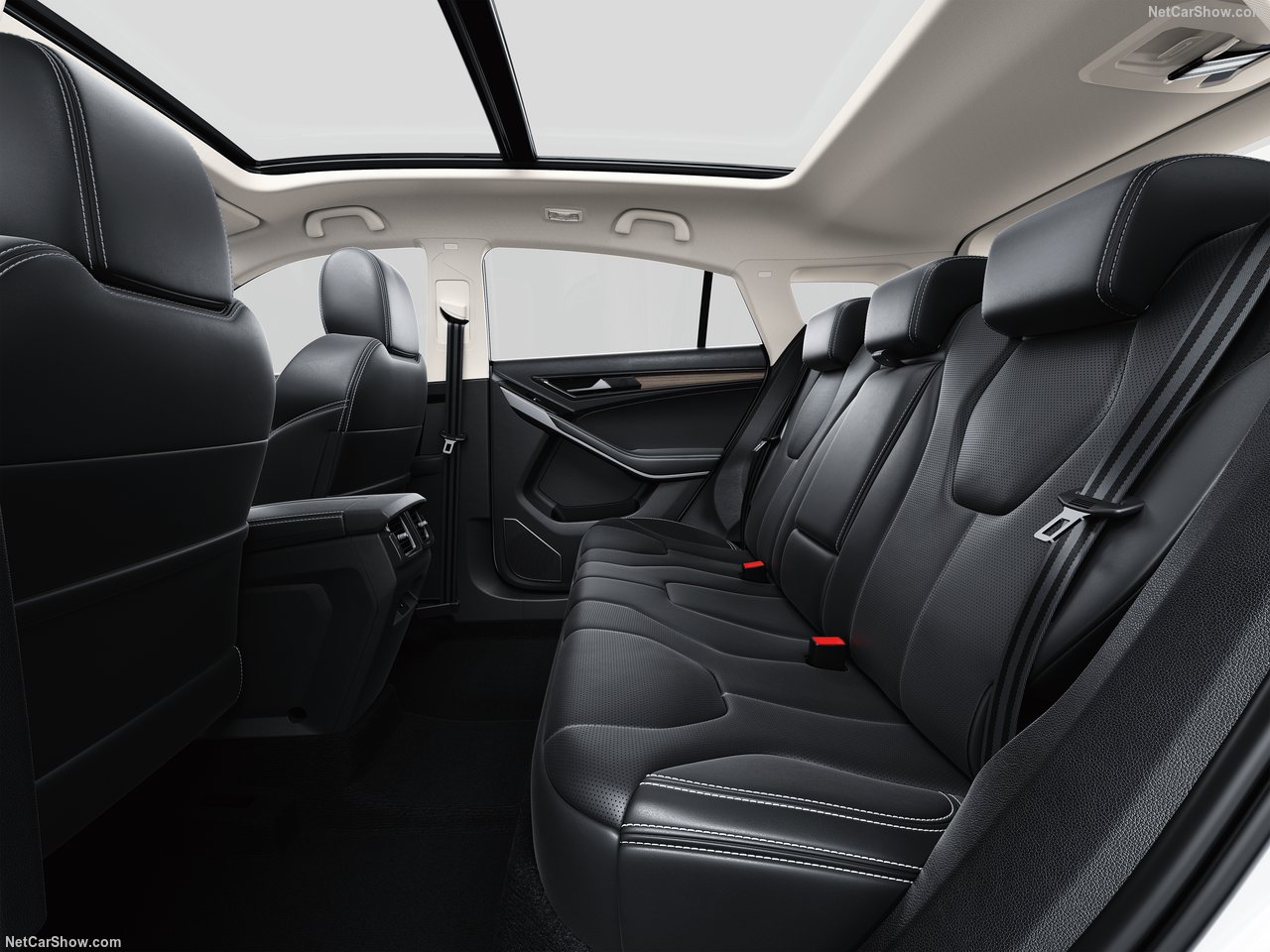 The interior is a different story, however. It looks futuristic to a certain extent. The dashboard sits very forward, and even the door cards seem to lean more towards the front. You also get a digital gauge cluster along with a large 10-inch infotainment system. It seems like Ford has something worthwhile on their hands. The only question is, will the build quality be up to snuff? There have been other entrants in the market that have proper build quality for an affordable price, and the style and material choice that you get for the price you pay is stellar. It will be a point in Ford’s favor to have an interior as stylish as this, be as solid if not more than the competition it faces. So it seems like there is an abundance of features in the upcoming Ford Territory. The 360-degree camera, for one thing, is a very welcome addition to the spec sheet. We’re glad that this model is getting this rather sought-after feature. Ever since cameras became more commonplace and manufacturers found ways to make it way more accessible to everyday cars. It’s been on the top of our wishlists for great car features, especially since it helps tremendously whether you’re in the city, driving in and out of parking lots, and parking the vehicle in a slot like a pro. Apart from that you also get adaptive cruise control, adaptive park assist with parallel and perpendicular parking function, which only serve as icing on the cake for driving assist features. Inside, there is also a 10-inch infotainment screen that is massive and also supports Apple CarPlay and Android Auto.

It seems that Ford is continuing the trend of highly-equipped models competing in the market. Ever since the Blue Oval has been offering the market vehicles that have some of the best specs in the market. In the pickup category alone, the Ford Ranger even if it is a bit on the older side, still holds a candle to other pickups that were launched later, and would even cost more. The Territory is much of the same story, but there are other aspects that must be considered.

Other brands have stepped up their game in recent years, and the Territory has a lot of ground to clear up in terms of establishing itself as a trusted nameplate, but like the other newer entrants who have experienced great success over a short period of time, then Ford can stand to penetrate this segment of the market if the reception of this model goes swimmingly. Equipped with a 1.5-liter turbocharged motor, that could possibly get a mild-hybrid system, the Territory seems like an interesting entry. It might not be the first hybrid in the Philippines, but it is an important step for the Blue Oval to help spur the electrification process in the country. Another point of concern would be that CVT, which makes this model the first one to feature a transmission of that type. We remain hopeful since there are numerous CVTs that have proven their worth enough for it to be mainstream, but that remains to be seen.

As for power, according to specifications from other countries, we expect it to produce 138 hp and 225 Nm of torque, which should be enough considering that the vehicle isn’t gargantuan. Though we have to mention that we don’t know if the mild hybrid system is part of the power and torque equation, heck we don’t know if Ford Philippines will even bring the mild-hybrid model. Though if we’re being honest, compared to the rest of the competition, this powertrain seems quite competitive given the amount of torque it produces, but it has to be for the right price, which leads us to…

Now all of these features won’t really matter if Ford cannot price it low enough to be attainable to the majority. According to a few estimates, we expect this model to hover between the P800,000 to P1,200,000 range without taxes or import duties. That means that Ford could have a compact crossover that is similar to the Geely Azkarra, or the MG RX-5, or even the Toyota RAV4 for a price that might seem too good to be true, but hopefully it too good and it is true because this undercuts some of the other more established brands, and some of the more rookie-level entries like the offerings from MG or Geely, or even Mazda for that matter. If the price is right, then the Ford could be one of the more affordable compact crossovers in the market.

All that matters now is if the price is right. Ford is an established brand in the country. There is a bit of a renaissance in the crossover segment with many new entrants offering very good products that even come from China. The Territory is a Chinese-made Ford, which was co-produced by JMC. If we think about it, there are a lot of models out on the road now that are Chinese-made that sell pretty well. Specifications and other factors are also part of the equation for success. Consumers also seem quite receptive to a price that they can reach, as well as the assurance that they will be taken care of by the consumer. Ford is a more established brand in the Philippines that much is true, but it is still a toss for the first-ever Territory that’ll make its debut in the country.

If we were to guess, however, people love a good deal, and the Territory could give other brands a run for their money.