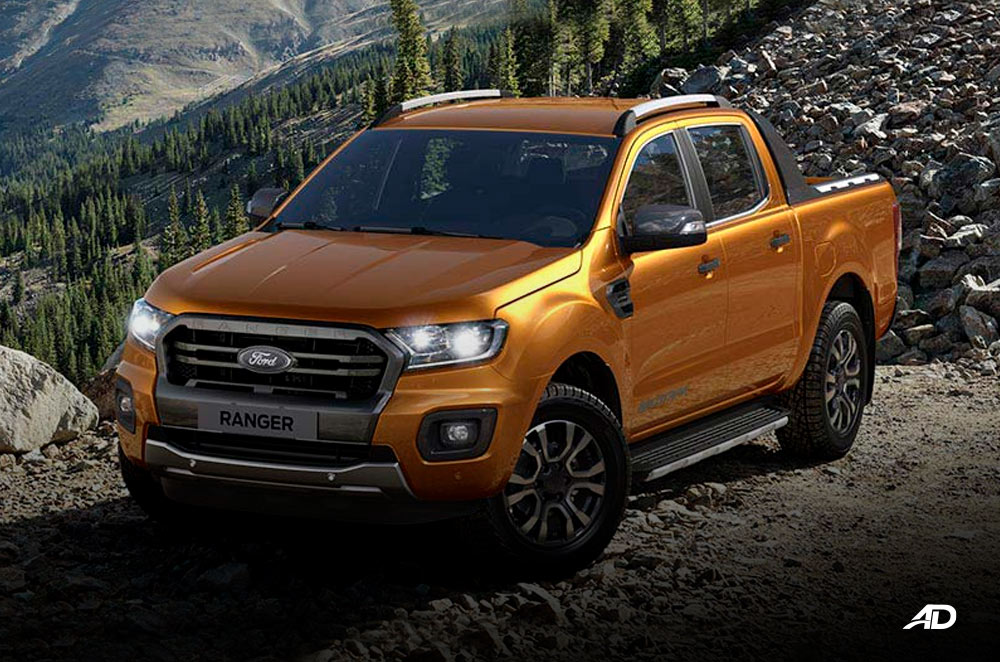 The only pickup truck in Ford Philippines’ lineup is one of the more adorned and feature-rich models to grace the market. Jam-packed with enough toys to keep you and your occupants entertained, the Ford Ranger is one of our top picks in the segment since it can pretty much do everything from hauling and towing to a bit of off-roading.

Here five things we like about this fantastic Ford pickup truck. 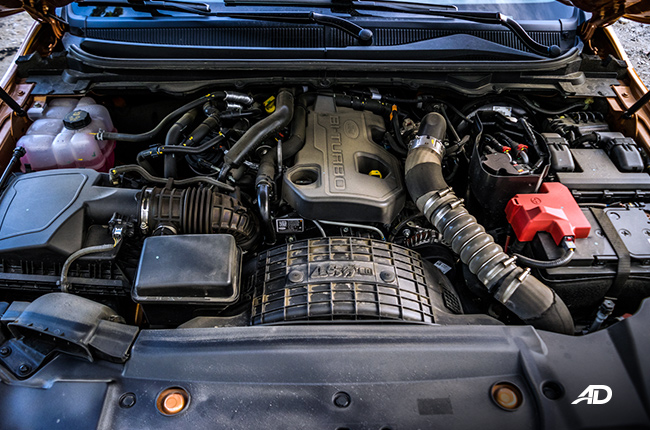 In its top-spec Wildtrak trim, which is a relative bargain in its segment, a potent engine resides which produces the most horsepower and torque per liter of displacement. This 2.0L Biturbo diesel engine produces 210 hp and 500 Nm of torque, easily making it a leader in terms of power and torque. The engine was also good enough to find its way into the Ranger Raptor, which isn’t just another variant.

A handful of gears Take your hand and count all the fingers – that’s how many gears the Ranger can come with. A 10-speed automatic transmission is available for the model and allows for a smoother ride with less sound and more smoothness. Ford is one of the first mainstream manufacturers to standardize Apple CarPlay and Android Auto on several of its key models and variants. The system allows for seamless integration between the user’s smartphone and the head unit of the vehicle. View your Waze, Maps, and music on the head unit, and you don’t even have to touch your phone.

Interior is orange or blue Well, not really, the accents are in orange. It’s not because AutoDeal’s colors are orange, but the stitching is a nice touch, and is a point of interest and adds a bit of flair to an otherwise all-black affair. If that wasn’t enough, the seats can clad in leather and you also get Wildtrak logos all over in the top trim.

The Ranger Raptor gets the same treatment with a few extra bits, but its accent stitching is in blue. That’s not actually how you spell the setting that can only be found in the Ranger Raptor. The proper way to spell it is Baja, which allows the suspension to perform on fast-paced sprints offroad.

Regardless of whether you get the normal Ranger, Wildtrak, or Raptor, you can be assured of good ground clearance of at least 232mm. This allows for worry-free water wading in most situations. On the extreme end of the scale, have no fear for floods up to 800 mm. Baha mode in the Ranger is always on as well.